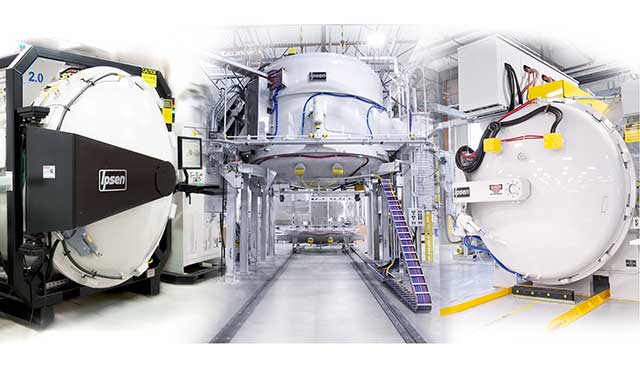 No Internet startup, this longtime Janesville business has spent nearly 30 years helping businesses to stay in touch with their customers. Learn what it takes to stay relevant in a shifting technological tide.


Offering a better mousetrap is always a good thing. Offering a better mousetrap that also saves local businesses money each month is even better.
Bill Sodemann, owner of PhonesPlus.Biz, in Janesville, has been doing just that for 30 years, and enjoys a customer retention rate of 99.8 percent. His 12-person company analyzes business communications contracts and sells and services phone systems for about 2,000 small and mid-sized businesses in the Rockford, Beloit, Janesville and Madison areas.
On the eve of its 30th anniversary, in November 2013, Phones Plus.Biz acquired Select Telecom, which had recently purchased Hughes Business Telephones in Rockford, once a major competitor to Phones Plus.
“Our job is to analyze what a business is spending for all aspects of its phone and data services, and what its needs are, then marry it to the best providers and systems available, in the most cost-effective way,” Sodemann explains.
“We directly work with about 30 carriers, on our clients’ behalf,” he adds. “It’s very rare that we don’t find ways to save businesses money on their phone bills. For example, we’ve gone into companies and found they’ve been paying for modem lines from the 1980s that they haven’t used since the 1990s. They’ve been paying for something for 20 years that they didn’t need or use. It’s unbelievable how many businesses are overpaying on their phone bills.”
PhonesPlus.Biz sells Toshiba and ESI phone systems, the latter an American company based in Dallas. Some of Sodemann’s 2,000 clients have just two or three phones. Most have less than 200, although a few, such as Mercy Health System, have more.
Over the past three decades, Sodemann has climbed to the leading position in his market niche, despite dramatic changes in technologies and a shifting economy. Here, he graciously shares some of what he’s learned, along the way, with Northwest Quarterly readers.
1. Be Trustworthy. “What I’m proud of is, that, if I’m in a grocery store and I see a customer, I never have to look the other way,” says Sodemann. “We’ve had maybe three occasions in all these years when we had to pull out a phone system from a business, and those were due to technology situations we couldn’t control. Customers are like family to me. We take pride in the work. We take it personally.”
2. Be Truly Helpful to People. “Local business owners tell us how grateful they are that we can take this problem of working with phone companies off their plate,” says Sodemann. “Phone carriers and technologies are complex and ever-changing. We know what to look for and how to sort it all out. This frees up time and reduces costs for local business owners. We go over a client’s contract with its phone company and act as an agent on their behalf. Many local businesses have been royally screwed by their current providers, but don’t realize it.”
3. Be Accessible. “Don’t get me wrong, we sell automated answering systems and they can be very appropriate for some kinds of businesses,” says Sodemann. “But our customers are almost always met by a live person on our end of the call.”
4. Resist Debt. “I’ve been very careful about not over-extending myself, even when the fad was to make yourself look bigger than you are, by taking out loans,” says Sodemann. “I hate debt. This has allowed me to get through difficult times, when others have floundered, and to make sound acquisitions when opportunities presented themselves.”
5. Stay Current and Know Your Limits. “We make sure our people take time away from the job to learn,” says Sodemann. “This is one reason we sell only Toshiba and ESI products. Keeping up with the evolving technology on both of those systems is challenge enough, from a technology viewpoint. And they’re good companies. We used to send our people away to classes, and we still do, but now there’s much more training available online.”
6. Ride the Wave You’re On. “Like everyone, we experienced a slowdown in sales during the recession,” says Sodemann. “But we also knew that was the time people would be the most interested in examining their phone bills to see if they could reduce monthly costs. In better economies, we emphasize the new bells and whistles available on the hardware we sell. During bad times, we emphasize the ongoing cost savings we can help clients to find.”
7. Be A Good Citizen. “Most of our guys are active in the community and volunteer their time to do positive things,” says Sodemann, who serves on the Janesville School Board and supports local churches. “I think it’s important to give back to the communities who help our business to thrive.”

How it All Started

Like so many entrepreneurs, Sodemann has acquired most of his technical savvy and business prowess on the job and in life. He grew up in New Berlin, Wis., and his dad worked many years for AT&T. His older brother, Bob (who was also Bill’s high school physics teacher) worked part-time in a computer store called Computers Plus in West Allis, Wis., owned by a man named Pete. This was in the late 1970s, well before personal computers had become commonplace.
It was also a decade after a landmark ruling by the FCC, called the Carterfone Decision (1968), which allowed third-party devices to be connected directly to the telephone (AT&T) network, so long as the devices didn’t damage it. The Carterfone Decision opened up the market to customer-owned equipment like modems, fax machines and answering machines.
“One day in 1978, a guy came into the computer store and asked Pete and Bob if they knew anyone who could install a phone system for a small business,” Sodemann recalls. “My brother mentioned it to our father, at the dinner table, and Dad said he thought that might be a good business to get into. So Pete and Bob called that customer back and said they would do the installation. This is before AT&T broke up in 1982.”
Pete and Bob formed a separate entity from the computer business and called it Phones Plus. Bill Sodemann began working there when he was in high school.
“I was 17 or 18 years old and I put on my best polyester suit to go sell phone systems,” recalls Sodemann. “Most everyone was renting their equipment from AT&T at the time, in an era of very high interest rates. Those old systems worked, but didn’t offer much in terms of features. Our selling point was that we could reduce their phone bills by having customers own, versus rent, their hardware, and they could re-invest that saved money into a much more feature-rich system.”
Bob and a third brother, Tom, eventually bought the phone division from Pete and moved it to New Berlin in 1980.
Bill continued working for his older brothers as he attended college at the University of Wisconsin-Whitewater.
“I graduated a semester early, in 1983, and could have joined their business, but I decided instead to open my own Phones Plus location in Janesville,” he says. He’d spent a lot of time in Janesville during his college years, and liked it.
Over the decades, Bill Sodemann steadily built a client base 2,000-strong, while Bob and Tom built their own base in the greater Milwaukee area. Bill still collaborates with his brothers on certain things, but their businesses are separate entities.
Bob and Tom recently changed their company name to Datacomm Plus, to reflect the integration of phone and Internet data services. Their business is now headquartered in Franklin, Wis.
“I stuck with the name Phones Plus and recently added ‘dot-Biz,’” says Sodemann. “I didn’t want to change all my marketing materials and re-paint the trucks. We’re a business-to-business company, and I think the modified name reflects that.”

Today, most people own their own phone hardware and pay for monthly phone service.
“But things have come full circle,” Sodemann explains. “With VOIP technology [Voice Over Internet Protocol, as opposed to POTS, or Plain Old Telephone Service], it now can be less expensive to cover the cost of the fancy features by renting phone service through VOIP.”
Internet Protocol (IP) may be hosted off-site using Cloud-like technology; business customers pay a monthly bill to use the hardware.
“What works best for a company depends on the number of phones it needs, the ways they’re used and the features required,” Sodemann explains. “There are all kinds of ways to configure branch offices or work-at-home applications, and to link cellphones with office phones, to track calls and much, much more.”
Some folks have given up hand-held telephones all together, says Sodemann. They insert a VOIP sound card into their computers, wear headsets and control calls with the click of a mouse.
Sodemann looks back on 30 years of business success and marvels at the shifting technological sands he has traversed. Yet the core principles of operating a trustworthy business haven’t changed at all.
“It’s kind of ironic,” he says. “Back when we started, AT&T salespeople would tell their customers, ‘Why would you trust your phone system to a small company like Phones Plus? How do you know whether they’ll even be here in a few years?’
“But AT&T is the one that has undergone all of the changes, was acquired by SBC and eventually turned to companies like mine to sell their hardware. Thirty years later, we’re still here.”