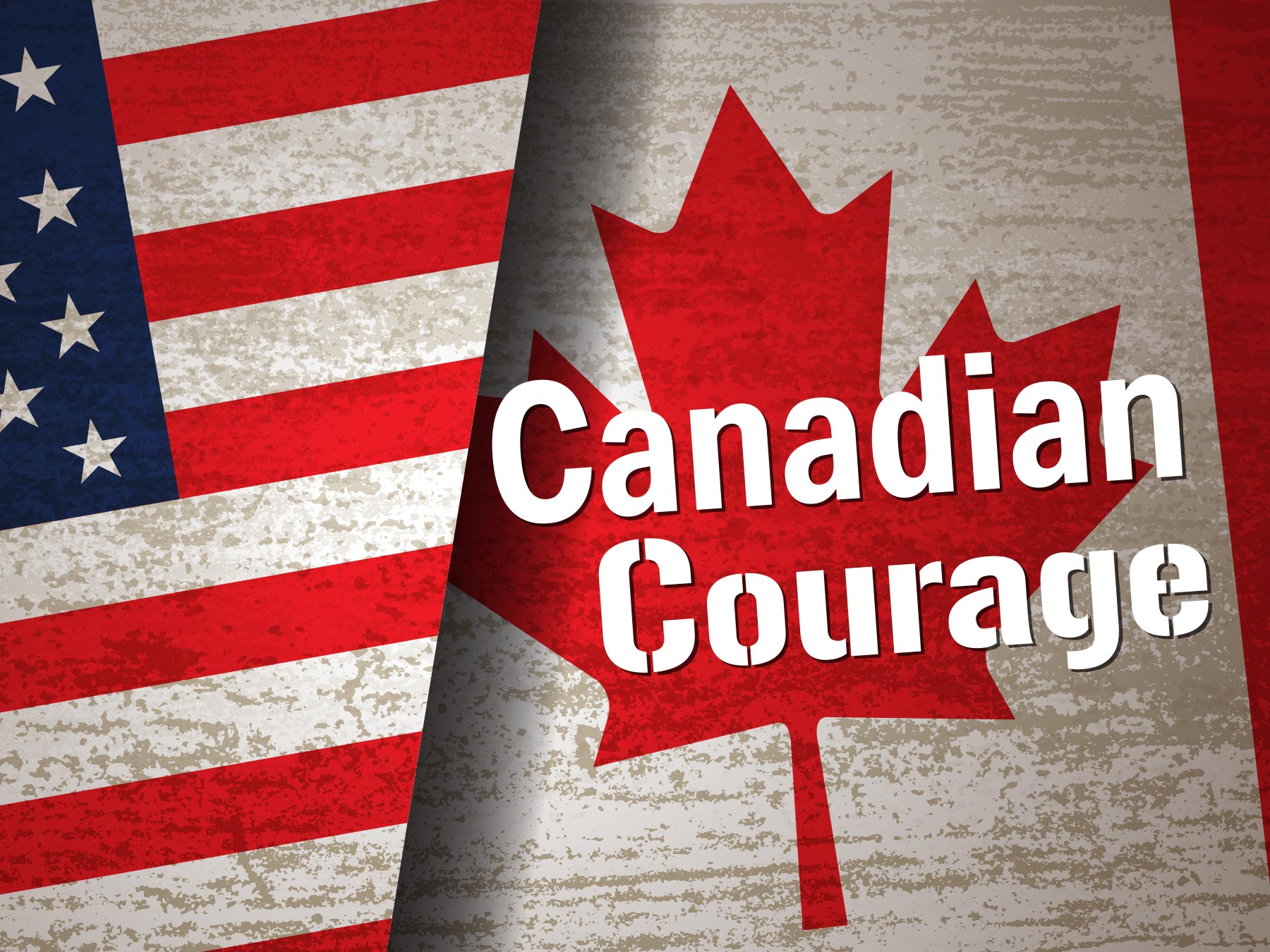 Designed to cut through the choppy waters of Geneva Lake, this classic 1960s wooden boat is a local legend. Learn how Bill Gage Jr. is commemorating his father’s crowning achievement with a stylish new version.


Bill Gage Jr. admired his father for many reasons. One was his vast knowledge of the boat business.
The late Bill Sr. was longtime chairman of Gage Marine Corp., in Williams Bay, Wis., and its subsidiary, Lake Geneva Cruise Line, a business that his father, Russ, took over in the 1950s. The Gages are the third owners since it was founded in 1873. Their business on the northwest shore of Geneva Lake includes boat sales, service and storage; public and private boat tours; and a unique pier-side restaurant.
Boating is popular at this lakeside retreat for one simple reason. “Boat owners tend to create fond memories,” Bill Jr. says. “A boat lasts five or six months a year, unlike a four- or five-day vacation. This business is all about helping people to relax and enjoy themselves.”
Growing up, Bill Jr. had plenty of chats about this very subject with his father. “Through the years I would say to him, ‘Dad, you’ll forget more about boats than most people will ever know,’” he says. “He had a great eye for boats. We talked for hours. We talked about styling and the look. He explained to me the difference between steamer, tug boat and speedboats.”
One boat he knew well was the Gage-Hacker, built by his family. Known for its smooth ride, beautiful lines and great craftsmanship, the Gage-Hacker has always been recognized as something special. It’s also a limited commodity, with just 35 built between 1961 and 1969.
“People became emotionally attached to wooden boats,” Bill Jr. says. “Aesthetically, the good ones were like beautiful sculptures of art.
They don’t sit on a wall or a pedestal. You’re able to go out and have fun with a wooden boat.”
Everything changed when fiberglass models exploded onto the scene. “We saw an absolute crash,” Bill Jr. says. “From the turn of the century to the 1960s, all boats were made of wood. After the 1960s, major builders weren’t building boats out of wood any longer. The only wooden ones left were from small boutique builders.”
Fast forward to the early 2000s. Bill Sr. was ill and his son returned home to help run the family business. Before his father died from cancer in 2003, Bill Jr. made a promise to revive the tradition of building Gage-Hackers.
“We had plenty of conversations about this boat,” says Bill Jr. “I took notes about the most important aspects of bringing this boat back to life. I knew how passionate my dad was about this boat. We owe it to the boating community to bring them back. These boats are going to last longer than we are.”

Geneva Lake is long and narrow, and it’s known to have rough waters when the wind blows east to west. In the late 1950s, Bill Sr. and his father, Russell, designed a wooden boat that could handle these specific restless waters.
“My grandfather and dad looked around at different options and reached out to John Hacker, who’s considered the dean of American boat design,” Bill Jr. says. “He raced boats, built boats for the U.S. Navy and Army in World War II and continued to be a great boat designer, even though he lost his boat company in the Great Depression.”
Hacker’s designs were identified with speed on the water. His best creation was the non-pounding Hackerform hull, which is designed for maximum performance in any kind of weather condition. Working with the Gages, Hacker and his team tested and refined a hull design in the University of Michigan wave tank, which replicated the choppy waters of Lake Geneva. In lieu of payment, Hacker asked to have his name attached to the new boat.
There were just two Gage-Hacker models when production began in 1961. The first was the “22,” and was 22 feet 6 inches long, with a V8 motor that hit 240 horsepower. The second model was the “26” and was 25 feet 10 inches long, with a V8 that hit 300 horsepower. To ensure a smoother ride, the Gage-Hacker featured a convex shape that bows outward.
The Gage-Hacker was well received by boating enthusiasts, but eventually excitement waned. “My dad continued to observe the trends,” Bill Jr. says. “He stayed busy restoring other boats. We had people occasionally ask, ‘Why aren’t you building Gage-Hackers?’ We were just busy with other things.”

Bill Jr. grew up in the family business. He scraped boat bottoms, pumped gas, sold rope and drove tour boats in the summers, during high school and college. Then, he left to experience life outside the family business. He lived in Chicago, New York, Los Angeles and London, working for the Chicago Board of Trade, Xerox and financial brokerage firm Aon. Then he got a call from his dad, who was turning 65. “He said, ‘I know you accepted a position in California, but if you want to be a part of the family business, we’ll give you a chance. We need to see if you like it and you have to see if you want to do it.’”
Bill Jr. determined that he wanted to be part of the business, and not just for sentimental reasons. “I like to see people enjoy themselves,” he says. “This business is about helping people enjoy their free time. These boats are just vessels for a great experience, whether it’s being a boat owner, going out on a tour boat or coming to our restaurant and marina. The boating experience transcends most other things.”
Following his father’s death, Bill Jr. decided it was time to bring back and update the classic Gage-Hacker. The planning process took nearly three years. “We invested six figures on design, engineering and layout of the new boats,” he says.
The first new Gage-Hacker was built in 2007. Since then, the company has custom-built six more, mostly for friends. They come in two sizes: 26-foot single-engine and 31-foot twin-engine. Each boat is customized to meet the customer’s needs – including the shape of the seats, color of material and stain of the wood. Even the size can be modified. The cost ranges between $300,000 and $500,000.
“My dad commented a lot on how wooden boats were boxy and square back in the 1980s and 1990s,” says Bill Jr. “They lacked a certain style that was there in the earlier years. In the new Gage-Hacker, I think we hit those notes where we have both traditional and classic styling, but with modern functionality. We kept all the components intact. The Gage-Hacker has good lines and rides smoothly in today’s environment.”
Each new boat takes between 4,000 and 6,000 hours to build by hand. That’s equivalent to two or three people working for one year to build a single boat, Bill Jr. says. The boats are built at Van Dam Custom Boats in Boyne City, Mich. “I didn’t want to take on hiring more staff and building a facility, so finding a key partner was important for me,” he says.
There are many upgrades to the new Gage-Hacker. It’s flared in the front and curved in the back. The seats are covered in artificial leather, so they don’t burn in the sun. The woods are primarily Honduran or African mahogany. A cooler is hidden discreetly under a seat.
The modern flip-up seats are similar to what you’d find in a fiberglass boat. There’s a back-mount stereo system. The twin engines have 800 horsepower, more than enough to push the boat to 55 mph.
“I built the first one on spec to show people the beauty of it,” Gage says. “It has beautiful curves, great performance, and yet is very practical. Curves look good, but they also have other uses, such as fanning spray away from the boat and allowing it to cut through water.
And there’s more room. Sometimes you see wooden boats with seating for four to six people. They were pretty but not very useful. These new boats can seat anywhere from seven to 14 passengers. Whether you’re out on a cocktail cruise with family and friends or want to do water sports, you can use the same boat.”
Despite its upgrades, the new boats still echo their predecessor, but to a finer point.
“All the details became richer and more involved,” Bill Jr. says. “To make them out of wood requires craftsman details. Everything is done by hand. The marginal cost to do it right is not that much more. Everything about it was meant to be cross-functional. It can be used many different ways. For example, the traditional engine box has two pieces that can open up, or you can put cushions on it and use it as a sun boat. The other 95 percent of the time it can be folded up and put away.”

It’s been a lifelong dream for Mike Frazier to own a Gage-Hacker. The boating enthusiast grew up on the southwest end of Geneva Lake, in Fontana, in the 1960s. His late father, Fritz, worked at Gage Marine and helped to design and develop the original Gage-Hacker.
“One of my favorite memories growing up was going to work with my dad on Saturday mornings as they were building Gage-Hackers,” says Frazier, a manager for a snow removal and service company in nearby Walworth. “They would give me a piece of wood and sandpaper and have me work off to the side while they worked on the boats. They made me believe what I was doing was a critical piece of the boat-making process. That’s when I first knew that I would someday have my own Gage-Hacker.”
It took longer than expected, but five years ago Frazier saved up enough money to purchase a 1963 Gage-Hacker mahogany speedboat, which, he says, his father may have helped to build. It’s a 22.5-foot-long beauty with a V8 engine. Frazier’s boat has been in storage since he bought it, but this summer it’s being restored at Gage Marine. Frazier hopes to return the boat to its original form using new lights, hardware, chrome and a rebuilt engine. His goal is have the boat finished in time for a local boat race scheduled for September.
It will be a big day for the Frazier family. His mother, Mary Kay, siblings and friends will be there when he christens “Fritz,” named after his father, who passed away 10 years ago. “There are plenty of emotions tied to this boat,” says Frazier, who bears a “Gage-Hacker” tattoo on his arm. “I grew up around these boats. Seeing my dad so involved in the Gage-Hacker means a lot to me.”
More than 50 years after its invention, the Gage-Hacker continues to breathe style into the Lake Geneva boating scene. “We’re observing and encouraging a trend that is going on,” Bill Jr. says. “You’re starting to see more people build wood boats again. The retro-style, classic look is coming back. The Gage-Hacker is a good option for boaters and I see that trend increasing. It brings joy to its owners and other boating enthusiasts. It’s something people can be proud of that represents the Midwest well and that’s made right here in the U.S.A.”
Bill Jr. knows his father would be proud. “He’d say, ‘Let’s go for a ride.’”