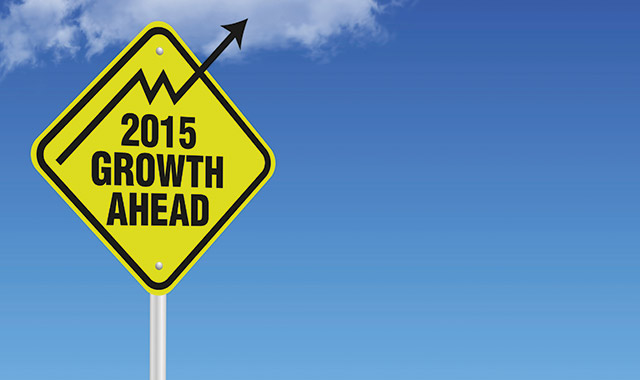 Standing like a gem on the banks of the Rock River, Sinnissippi Park’s new conservatory greets a new century of Rockford Park District service. See how it’s maturing into a beauty that once lived only in imagination.


The completion of Nicholas Conservatory & Gardens marks the start of a second century of public service from Rockford Park District. Thanks to public support, private philanthropy and meticulous planning, many generations will enjoy this community centerpiece. This 80-acre riverfront property was acquired for public enjoyment shortly after the park district was established in 1909. Here, we take a look at the careful landscaping design that is now well-established at Sinnissippi Park.
They took it from concept to reality, successfully merging the past with the future, in the city’s most beloved and historic park. The behind-the-scenes masterminds responsible for the creative designs of the gardens and landscaping surrounding Nicholas Conservatory & Gardens at Sinnissippi Park have completed their projects after years of planning, planting and construction.
Now, a colossal yet delicate-looking conservatory sits alongside the Rock River, drawing light into its windowpanes to warm the tropical plants it houses. At night, an illuminated Tea House paints a picture of reflected light in the water of a restored lagoon. All around, plants fill the visitor’s line of sight with bright blooms, towering trees and lush gardens. This breathtaking sight first existed only in the minds of two men who spent years perfecting and carrying out their designs with the help of many others.
For John Cook, the lead landscape architect for the Nicholas Conservatory & Gardens, it was a project completed, in part, for a family he had been working with for more than 40 years.
For Scott Sanders, the lead landscape architect for the restored lagoon, it was a way to leave his personal mark on a location of rich historical value.
For the Rockford Park District, it became a new centerpiece at Sinnissippi Park that will forever symbolize how local philanthropy can benefit the community. It also exemplifies the district’s values of sustainability and education.
“It just melts your heart when you see our citizens embracing this so much,” says Laura Williamson, deputy director of capital planning and management at Rockford Park District.

The Nicholas Conservatory & Gardens, situated alongside the Rock River, was made possible though a $2.15 million donation dedicated to the late William and Ruby Nicholas, by their sons, Bill, Dan and Ab Nicholas. Cook knew the family before the sons’ donation, having done landscape work for them for nearly 40 years.
The conservatory opened its doors on Oct. 29, 2011, as an improved version of the beloved, but timeworn, Sinnissippi greenhouse it replaced.
“The greenhouse, over time, was becoming very inefficient, from an operational standpoint,” explains Williamson, who’s been heavily involved from planning to execution. “So, this afforded an opportunity to really expand what the greenhouse was, and embrace the river.”
John R. Cook and Associates, headed by Cook himself, is responsible for all of the landscape work stretching from the south entrance flag court to the lagoon-facing garden wrapped around the side of the conservatory. The interior of the conservatory showcases some 3,500 tropical plants from Florida and California. The exterior flaunts a wide variety of native plants specifically selected and placed.
“One of our goals, when we planted this, was to have big masses of plants, so that there’s always something in bloom, so the Park District doesn’t have to plant annuals every year,” says Cook. “Something will be in bloom all the way through August.”
Along the way, Cook incorporated multiple features into the plan, with an environmentally conscious approach. The project was built to satisfy Leadership in Energy and Environmental Design (LEED) designation – the highest standard for green construction in the nation. Some of those features include the use of solar panels, geothermal heating, electric charging stations, a rooftop garden, permeable pavements and a bioswale.
“Sustainability has been a common thread and theme throughout all of the projects,” says Williamson.
The bioswale – a landscape feature designed to absorb and filter stormwater runoff – provides a more natural type of irrigation to replace a storm sewer system. The bioswale at the conservatory is situated on its south side, adjacent to the parking lot. Native plants sit in a lower area that accumulates water, silt and other pollutants, when it rains. Low-maintenance plants were selected for their ability to help filter impurities from the storm water, before it heads back into the natural stream.
“The hope is that most all of the rainwater absorbs back into the ground, into the Rock River aquifer, rather than escaping to the site,” says Cook.
Even water that falls on the opposite side of the conservatory goes through the bioswale before it goes back into the river. The overflow structure situated in the bioswale shows a water line marking the highest the bioswale has ever been filled with water, which is about five inches below the opening.
“Interestingly, in all the rains we’ve had, we’ve seen very little rainwater in the bottom of it,” says Cook.
The permeable pavement also helps collect rainwater that filters through the bioswale, if it ever gets that far. Cook says the water or melted snow usually just percolates between the cracks. Permeable pavement covers the conservatory grounds front to back, with many bricks featuring the names of contributing donors.
“These bricks afford many more citizens an opportunity to be a part of the project, because not everyone has the ability to fund at the level of a major donor,” says Williamson.
Around the north side of the conservatory, visitors are greeted by a bridge walkway and a garden complete with several waterfalls and a wide variety of flowers, grasses and other native prairie plantings. The plants came from 30 to 40 local and regional nurseries. Members of the Park District’s fully equipped horticulture staff stay busy pruning, watering and maintaining the vegetation. One of the Park District’s goals is to install educational signs for all of the plant types, so visitors can learn as they enjoy the garden.
Past the bridge walkway, below the garden area, is a boardwalk that leads right to the edge of the lagoon.
“The boardwalk was designed to give you the feeling of walking on water,” Williamson says.
A stepped deck, designed to accommodate ice skaters, affords visitors a close view of the lagoon and its feathered friends – a swan and a family of ducks. A school of bright-orange goldfish can also be seen swimming circles near the surface of the water.
The designs that Cook presented to the Nicholas family were carried out successfully and beautifully, says Williamson.
“What the Nicholas family saw is what the Nicholas family got,” says Cook.

As big plans for the conservatory started formulating, the Park District saw the need to restore the neighboring lagoon, which, in its former condition, would have been an embarrassing eyesore next to a shiny, new building.
“You didn’t want to have this brand-new, beautiful conservatory next to a lagoon that was showing signs of wear and tear,” says Williamson.
The long-neglected lagoon soon became Phase Three of the project, after a $1.5 million donation was made by Eclipse Inc., a Rockford-based company specializing in industrial heating and drying. But the road to lagoon restoration was neither quick nor easy.
Sanders Design Group, headed by Scott Sanders, designed the new lagoon, including the reconstruction work that needed to be done to the surfaces holding the body of water. The lagoon, which has a water level tied to the Rock River, was in a state of disrepair, partly due to the dam built south of Morgan Street, which had raised the water level.
“The concrete ring that had existed for decades and decades, defining this lagoon, basically went under water, which created all kinds of problems,” Sanders explains. “The water could lap up over it and there was no shoreline protection, so it got to be a mess. A lot of dirt eroded down into it, and water fowl used it as a toilet, so there was a lot of muck at the bottom.”
To fix the problem, the lagoon was dredged and dewatered – a process that calls for continuously pumping water out through a staging pond. It wasn’t easy, since the lagoon kept filling right back up. Higher retaining walls were installed, which include a safety ledge, in case any visitors accidentally plunge into the four- to five-foot deep lagoon. Also installed were two spray fountains, which, when viewed from the north trellis patio, line up perfectly with the conservatory.
Covering the east-side wall, along the lagoon, is a patchwork of native plant palettes that are relatively maintenance-free, Sanders says. That was a primary goal for the landscape work around the lagoon – to create a more naturalized area, while still keeping some of the formal aspects that tie into the surrounding, manicured garden.
With the help of Rebecca Olson, of Olson Ecological Solutions, Sanders designed the hillside with a three-year establishment plan to remove all non-native plant material.
Capping off the hillside plant palette is a built-in waterfall that upgrades the north side of the lagoon. “We were really able to take advantage of the natural topography of this site, rather than creating an artificial-looking waterfall,” says Sanders.
The waterfall stands next to the pre-existing trellis and newly installed patio, making it a new focal point of the lagoon and a point of pride for Sanders. “Everything was so south-oriented,” he says. “Obviously, we have this magnificent conservatory, but there was nothing really going on up here. Now there’s a great opportunity to congregate at the north end.”
Another project that touched Sanders personally was the faithful reconstruction of the Tea House. An original structure dating back to the 1920s, the Tea House was in dire need of repair. It’s always been a favorite place for locals to take pictures, and Sanders remembers when his own prom pictures were staged there.
In an effort to stay true to the original construction, designers took meticulous measurements of the Tea House, so it could be rebuilt exactly to its original size. The only new addition is track lighting around the roof edge, to make it visible at night. Once the sun sets, the Tea House is a breathtaking sight, as its lights reflect across the waters of the lagoon.
The Park District had worked with Sanders on previous projects. They selected him from a pool of applicants, for the lagoon project, which started construction in late 2011. Looking back on the entire project, Sanders calls it a landscape architect’s dream.
“This is an absolute portfolio piece,” he says. “This is something I’m very proud of.”
Now that the Nicholas Conservatory & Gardens and the lagoon are fully equipped, with landscaping well-established, Williamson urges all residents to come and experience its wonderful atmosphere.
As Rockford Park District’s very first park, opened in 1909 for public enjoyment, Sinnissippi Park holds a significant place in the hearts of citizens and is visited by some 270,000 people each year.
Respect for this history shines through in commissioned art pieces and faithful recreations of beloved objects. And, the beloved Sinnissippi Rose Garden just north of the lagoon looks much as it did a century ago, complete with one of the only working floral clocks in the nation.
“Just the prominence, the location, its connection to the park district, and its connection to the river and the history of this place, is amazing,” says Sanders. “To be involved in bringing this back to its original glory, if not more, is what made it extremely special.”