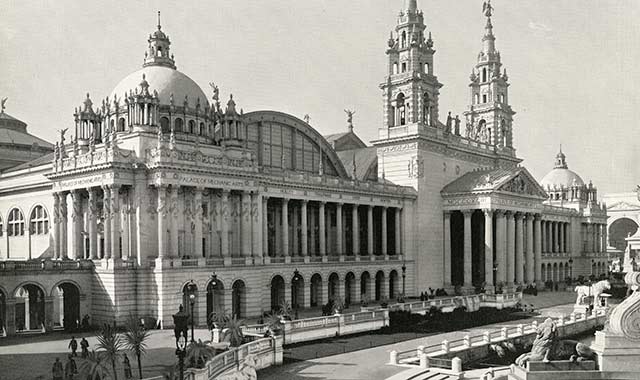 Summertime is nearly here, and so are a variety of outdoor musical shows, from major headliners to local acts. See a summary of a few local hotspots inside.


Ah, summertime, and the living is easy – warm weather, cook-outs, picnics, magical evenings. No matter how we pass these lazy hazy crazy days, nothing captures the essence of the season quite like music.
And – digital playlists notwithstanding – nothing conveys the magic of music, on those endless summer nights, quite like a live performance. Throughout the Old Northwest Territory, Saturdays in the park (and other days of the week) are filled with music, from Big Band to Motown, country to Calypso, punk to Polynesian, blues to Bossa Nova, rock to ragtime.
Whether you’re after hot fun in the summertime or a way to beat the summertime blues, a place for dancin’ in the street or just groovin’ on a Sunday afternoon, Northwest Quarterly’s highlights of summer concerts is certain to tell you something good.

Concerts on the Square, Monroe, Wis.

Music & More, a summer concert series now in its 19th year, is held at the Harry C. Moore Pavilion at Riverside Park, 1160 Riverside Dr., Beloit. “We love music,” declares Nicki Meyer, executive director of Friends of Riverfront, organizers of the event. Held Fridays at 7 p.m., the series, which schedules 10-12 bands per year, attracts between 500 and 1,000 concert-goers each week.
Riverside Park, considered Beloit’s crown jewel, encompasses 24 acres, with a playground, festival grounds, hiking and biking trails, paddleboats and more. “When you have a nice park, you want to invite your friends,” Meyer says.
Concert-goers bring their own chairs and blankets and set up in front of the pavilion – Harry’s Place, as it’s affectionately known. Bands perform on one level, and attendees can dance on another. Food trucks offer ribs, pork chops, tacos and more. the Knights of Columbus sell beer and wine coolers, and the VFW makes popcorn.
“It’s a true collaboration,” Meyer says. “Local companies underwrite the entire season and work with the city and parks departments to ensure we have everything we need. It’s truly about the community, and Friends of Riverfront wants to thank our season’s underwriters, who all understand that.”
On Mondays is Dancin’ at Harry’s Place, with lessons from 7-8 p.m., and open dance until 9 p.m. For more information, visit friendsofriverfront.com.
Music & More
June 20: Little Vito & The Torpedoes
June 27: Doug Deming/The Jewel Tones
July 11: Harlan Jefferson
July 18: Mr. Big Stuff
July 25: Cash Box Kings

Fridays in the Park, Beloit, Wis.

Free summer music in Beloit isn’t limited to pavilions, evenings or even weekends. Fridays in the Park, in its 25th year, is held on the First National Plaza in the heart of downtown, from 11:30 a.m.-1:30 p.m., May 23-Aug. 28.
“People can get outside, listen to music, have some great food and enjoy our beautiful downtown,” says Shauna El-Amin, executive director of Downtown Beloit Association, organizer of the series. “Each week, we feature a different local performer, and a downtown restaurant provides lunch.”
The series is underwritten by the Downtown Beloit Association and local sponsors; typically, 160 lunches are served each week.
“No matter the restaurant, we’ve arranged it so that lunch and a cold drink are always $6. It’s a great deal. We also have a $1 ice cream cart.”
Business owners like Fridays in the Park, too. “Some employers purchase the lunch coupons to distribute to their employees,” El-Amin says. “We have a couple of bosses who come down each week and order lunch to go for the entire office, which is very cool.”
An Association survey in 2013 indicated that just 15 percent of attendees to Fridays in the Park are new. “So 85 percent are repeat visitors, ” says El-Amin. “It’s at the corner of State and Grand, which is the heart of downtown. Folks walking back to work may stop in for popcorn at Northwoods Premium Confections, or browse at Annabelle’s.”
New this year is a free five-minute chair massage, provided by My Massage Therapy, located on East Grand Avenue in Beloit.
For information, visit downtownbeloit.com.
Fridays in the Park
May 23: Beloit High School Jazz Band, lunch Bagels & More
May 30: Brother K, lunch Domenico’s
June 6: Stateline Playboys, lunch Merrill & Houston’s
June 13: The Steve Doiel Trio, lunch Bagels & More
June 20: Glenn Davis & Matt Goodwin, Otha’s Ribs
June 27: The Rock River Jazz Greats, Suds O’Hanahan’s
July 11: Rob Tomaro Jazz Trio, Rival’s
July 18: The Blue Lightning Band, Domenico’s
July 25: Coon Creek String Band, La Casa Grande
Aug. 1: The Backroads Trio, Café Fromage
Aug. 8: The Brothers Quinn, Suds O’Hanahan’s
Aug. 15: Harlan Jefferson Jazz Trio, Otha’s Ribs
Aug. 22: Jazz Tét, lunch The Brass Rail
Aug. 29: Glenn Davis & Matt Goodwin, La Casa Grande

The Rockford Park District is very musically inclined, with one summer concert series at Sinnissippi Park, 1401 N. 2nd St., and two at Levings Park, 1420 S. Pierpont Ave.
“Of them, Music in the Park, at the Sinnissippi Music Shell, is our longest-running,” says John Beck, the District’s events & recreation projects manager. “The shell was 60 years old in 2010, and we’ve had Music in the Park there since the late 1970s. Even before the music shell was constructed, concerts were held in this location, because of its natural geographic bowl shape.”
The Sinnissippi Music Shell is canopied by soaring oak trees, with seating for 700 and space for up to 3,000 on the terraces and lawn. A total of 19 concerts are scheduled, Tuesdays and Thursdays at 7 p.m., June 10-Aug. 14.
“We always open the season with The Phantom Regiment, before they begin traveling,” Beck says. “The Rockford Concert Band plays six concerts, always on Tuesday, and we book a variety of local and regional groups for the other dates.” This year, the line-up includes a Polynesian group and, Beatles tribute and reggae bands.
“We draw between 300 and 3,000 people for each concert – 15,000 to 20,000 each year,” Beck says. “Some people bring food while others by from our concession vendor.” The park also has cookout shelters, picnic tables, a playground and hiking trails.
Live at Levings is a Sunday event that marks its 30th year in 2014. “Back in the 1980s, Levings Park was in bad shape, not a good place for families,” Beck says. “The neighborhood wanted to take the park back.” Live at Levings kicked off in 1985. Now, for six Sundays each summer, the park hosts a talent contest from 3-5 p.m., followed by a free concert from 5-7 p.m., including gospel, funk, pop, R&B and blues. The last date includes talent show finals.
Levings Park also hosts Domingo En El Parque, a three-concert series celebrating the music and culture of Rockford’s Latino community. Visit rockfordparkdistrict.org\soundsofsummer for more info.
Music in the Park
June 10: Phantom Regiment Drum & Bugle Corps
June 12: Silver Creek Band
June 17: Rockford Concert Band (RCB): “The Summerwinds”
June 19: No concert: Juneteenth Fest
June 24: (RCB): “Rhythmic Journey”
June 26: Northern Illinois Barbershoppers “Harmony Fest”
July 1: RCB: Patriotic Concert
July 3: Harlan Jefferson Tribute Show
July 8: RCB: “Romance for a Midsummer Night”
July 10: Gizzae Reggae Band
July 15: RCB: “To Britain and Beyond”
July 17: The Jodi Beach Trio
July 22: RCB: “Sounds of the Silver Screen”
July 24: American English
July 29: The Flat Cats
July 31: Can’t Touch This
Aug. 5: Rock Valley Summer Festival Orchestra
Aug. 7: The Blooze Brothers
Aug. 12: The Barefoot Hawaiian
Aug. 14: Moonlight Jazz Orchestra
Live at Levings 2014: 30-Year Anniversary
June 8: Harlan Jefferson and Too Deep
June 15: Big Daddy Woo Woo
June 22: Ann Nesby
July 6: Yolanda Lynn Penix & Friends
July 20: Carl Cole & The Sounds Of Good News
Aug. 10: Talent Show Finals; Kinfolk

Tuesday Evening in the Gardens, Rockford

Anderson Japanese Gardens, 318 Spring Creek Road, Rockford, is hosting the third season of Tuesday Evening in the Gardens, its summer concert series. The May 27 performance by Starlite Radio marked the first of 14 concerts, presenting a mix of folk, rock, country, jazz, gospel, indie and more.
“It’s kind of a smaller version of Ravinia,” says David Anderson, a member of the founding family. “People bring blankets, chairs, picnic baskets. Some go all out, and set up tables with flowers in a vase – the whole nine yards.”
Anderson usually books local performers, but this year’s line-up includes some touring bands, from places like Chicago, Madison and Minneapolis; a few shows include opening acts. In addition to the beautiful setting and great music, concert-goers can treat themselves to a variety of food from local vendors, including DeTullio’s, Woodfire Brick Oven Pizza, Zammuto’s Granita, and The Popcorn Parlor. In addition, AJG has an outdoor cash bar, selling wine, beer and soft drinks. Patrons can bring in their own food, but not beverages.
Concerts are well-attended, though dependent on the weather. “We had to cancel one show last year because of weather, but we averaged 610 people each for 13 performances. Our lot can’t accommodate that many cars, so we park at the University of Illinois College of Medicine, just up the street, with free shuttle service.”
Concert-goers may also stroll through those parts of the garden that are open, and partake of beverages and snacks during the show. AJG also has three decks in the garden that can be reserved for corporate and private events, with catering available.
“We draw locals as well as people from outside the area,” Anderson says. “I talked to someone last year who came from Whitewater, Wis., specifically for the concert. We also bring in suburban folk.”
Anderson says he conceived of the concerts to bring people to the garden, both more often and for the first time. “The garden is a magical place in the evening, but it’s always closed in the evening,” he says. “So we found a way for people to experience it in a different way. It definitely brings in the non-nature seekers. Also, some people have a misperception about the ‘formality’ of the garden. Others don’t seem to know that it’s open to the public.
“Our concerts are very casual, very family-friendly, a chance to come together with friends, meet new friends. Music in the garden has a great vibe.”
Concerts begin at 6:30 p.m. General admission: $5/$3 teens/ages 12 & under free. For tickets/info, visit andersongardens.org. Visit Anderson Japanese Gardens’ YouTube channel to view videos from past performances.
AJG Tuesday Evening in the Gardens
May 27: Starlite Radio
June 3: Edward David Anderson
June 10: Jessica Lea Mayfield
June 17: Derek Luttrell
June 24: Miles Nielsen & the Rusted Hearts
July 1: jf gaziano & beatmerchants
July 8: Trapper Schoepp, Austin Lucas
July 15: Anthony & the Tramps
July 22: Lily & Madeleine
July 29: Whiskey Farm
Aug. 5: Caroline Smith
Aug. 12: The Pines
Aug. 19: Jodi Beach Trio
Aug. 26: Harlan Jefferson

At noon-1 p.m. through Sept. 26, except July 4, on the Dixon Riverfront. Food available from local restaurants, or bring your own. For more information, visit dixonmainstreet.com.

The Dixon Municipal Band performs Thursdays at 7:30 p.m., June 12-Aug. 21, along the river at the Page Park Band Shell, Page Park Drive, Dixon. During the annual Petunia Festival week, the band marches in the parade with the Dixon High School band in lieu of a concert. For more information, visit discoverdixon.org.

Lyle Lovett and his Large Band will headline a two-day music event at Heritage Crossing Park, on the riverfront at South Hennepin Avenue, to celebrate the five-year anniversary of the opening of Dixon’s Riverfront Park. Lovett plays Aug. 4 at 8 p.m.; doors open at 6 p.m. Tickets are $55 for Crystal Circle Seats (limited to 500) and $30 for general admission.
Other artists, yet to be announced, will perform on stages at Page Park. Last year, a performance by Mumford and Sons sold out in eight hours, and brought 15,000 concert-goers to the town of 16,000. This year’s two-day event includes a downtown festival with vendors, entertainment and food. For information and updates, visit dixonmainstreet.com and thecrystalcork.com.

Music Under The Stars, Freeport

Music on the Mall, Edgebrook, Rockford

Live Music Under the Stars, Janesville

Concerts On The Creek, Rockford