The two genders behave differently in many ways, including their investment strategies. Mike Donnelly, of Edward Jones Investments, explains how men and women invest, and how you can use that knowledge to make smart decisions. 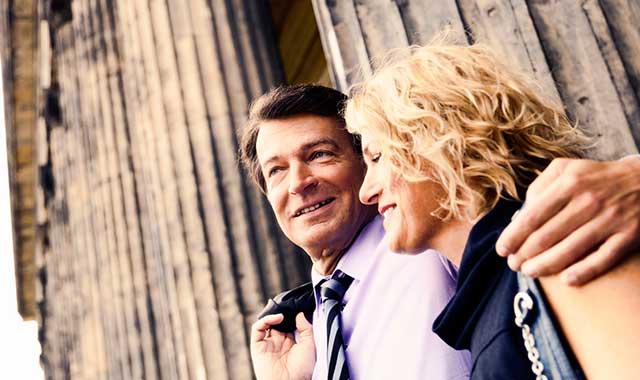 Several years ago, a book titled Men Are From Mars, Women Are From Venus was quite popular. As the title suggests, the book argues that men and women are vastly different from each other, particularly in their emotional needs and in the way they communicate. While not everyone agrees with the notion that men and women might as well be from different planets, most of us would probably concur that the two genders frequently behave differently — and this divergence in behavior may also show up in the way that we invest.
In fact, various studies and anecdotal evidence suggests these differences in the way that men and women invest:
• Men tend to trade more often than women. Men seem to buy and sell investments more frequently than women. This difference could result in an advantage for women investors. For one thing, if women do trade less, they may incur fewer commission charges, fees and other expenses, all of which can eat into investment returns. Also, by holding investments longer, women may be able to take better advantage of market rallies. During the 2008-2009 financial crisis, for example, men were more likely than women to sell shares of stock at market lows, which led to bigger losses among male traders — and fewer gains when some of the stock values began to rise again — according to a study by Vanguard, a mutual fund company.
• Men tend to invest more aggressively than women. Perhaps not surprisingly, men seem to be more willing to take risks with their investments. This trait can be both positive and negative. On the positive side, risk is associated with reward, so the more aggressive the investment, the greater the potential for growth. On the negative side, taking too much risk pretty much speaks for itself. Ideally, all investors — men and women — should stick with investments that fit their individual risk tolerance.
• Women are more likely to look at the “big picture.” Although both men and women investors want information, women seem to take a more “holistic” approach — that is, instead of focusing strictly on performance statistics, they tend to delve deeper into their investments’ background, competitive environment and other factors. This quest for additional knowledge may help explain why all-female investment clubs have achieved greater returns than all-male clubs, according to a study by the National Association of Investors Corp., which represents thousands of investment clubs across the country.
• Men may be more optimistic about the financial markets. Some studies show that men are more optimistic about key economic indicators and future stock market performance. Optimism can be a valuable asset when it comes to investing; if you have confidence in the future, you’re more likely to invest for it, and to continue investing. On the other hand, false optimism may lead to over-confidence, which can have negative results for investors.
Neither men nor women have a monopoly on positive investment behaviors; each gender can probably learn something from the other. Ultimately, of course, it’s your decision-making, not your x- or y-chromosomes, that will determine your ability to make progress toward your long-term goals — so educate yourself about your choices, and get the help you need from a financial professional, as you invest through the years.
Mike Donnelly is an investment advisor with Edward Jones. His office is located at 2406 Charles St., Rockford.