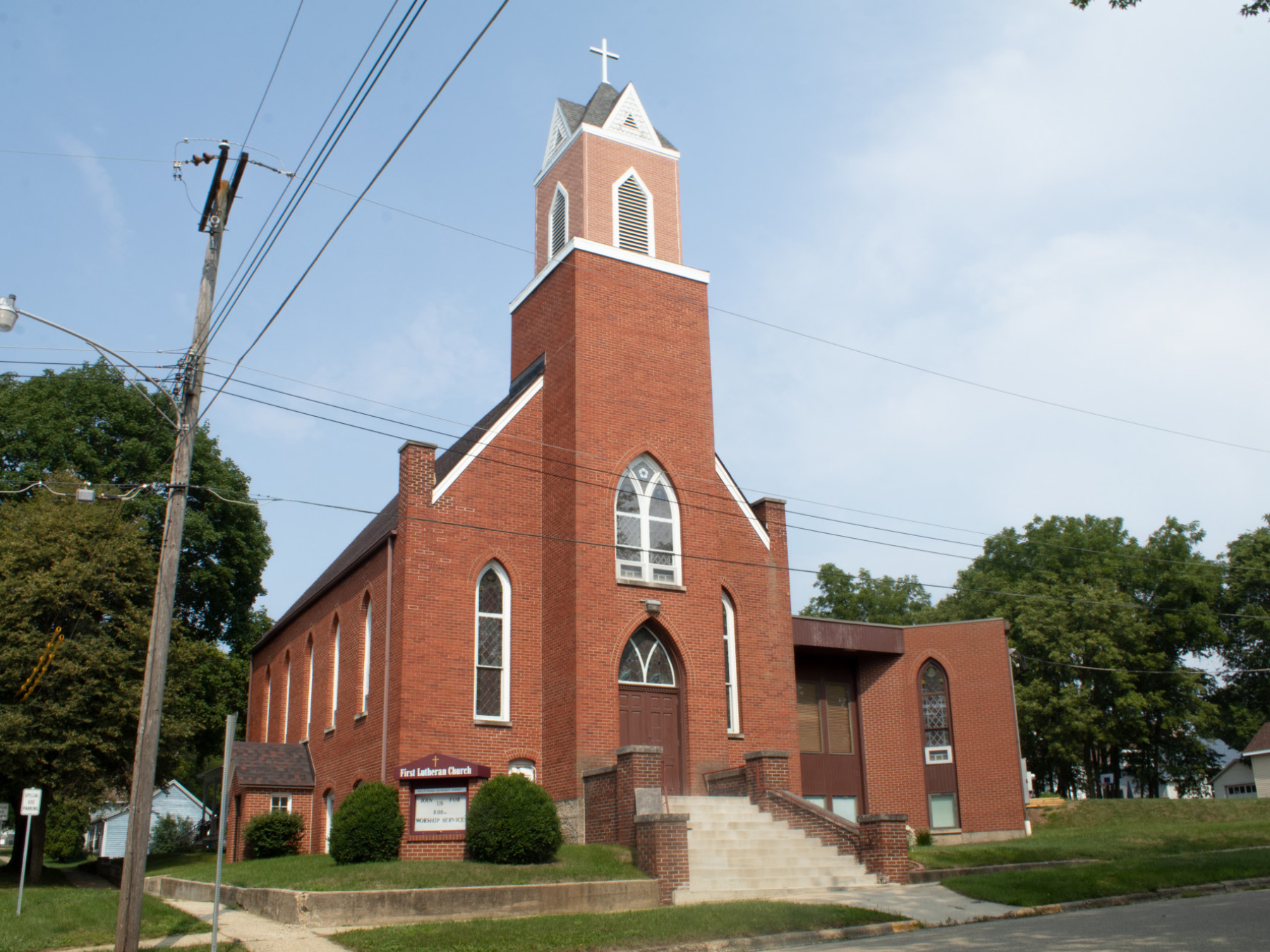 Now in its ninth year, BIFF is welcoming new events, more venues and an even longer celebration of everything film. Discover what’s coming up this year, and find some of the unique showings you can visit.


From Feb. 14-23, Beloit will become the Midwest headquarters for all things film, when the Beloit International Film Festival (BIFF) screens nearly 100 regional, national and international movies. For 2014, organizers have beefed up the ninth annual event, so that the film fest’s acronym should start with two more B’s, for “bigger and better.” The original four-day fest has been extended to 10 days, with more screenings, expanded venues and added events.
“We’ve completely revamped BIFF for 2014 and have made sure that everybody will get a good laugh out of a great lineup of comedies,” says Rod Beaudoin, executive director. “The number and quality of submissions for consideration by BIFF have increased, and it’s taken a lot of work to choose films this year.”
Each year, some BIFF selections have been in such demand that organizers have had to schedule extra screenings. With the increase in submissions, the selection committee tightened its criteria this year, choosing fewer films in order to offer higher quality with more scheduled screenings.
Venues, too, have increased to 12, located on both sides of the river, and festivalgoers will have more time between screenings. As always, maps are available at the BIFF Box Office, 500 Public Ave., and free shuttle service will be offered to and from all venues.
“With all the venues within comfortable walking distance in downtown Beloit, and with additional time between screenings this year, the new downtown presentation format will make for easy flow between venues and should increase foot traffic for downtown merchants over the two weekends,” says BIFF board president Ron Nief.
Here are a few highlights of BIFF 2014.

As a deaf child growing up in a deaf family, BIFF 2014 Honorary Chair Mark Wood enjoyed telling stories in American Sign Language (ASL). In college, he studied acting at the California School for the Deaf, and later moved into producing and directing films for the deaf.
In 2005, he founded ASL Films with partner Amy Moore, and has since produced and/or directed nine feature-length ASL films; in 2010, Wood’s film Gerald was named best feature at the World Deaf Cinema Film Awards.
His goal is to become a mainstream producer of ASL films.
“The Beloit International Film Festival has always offered films to engage the entire community of all ages and backgrounds,” says Beaudoin. “With Mark’s involvement, we hope to expand the understanding of this growing world of films for the deaf. He will visit local schools, Beloit College and the Wisconsin School for the Deaf in Delevan, and will also be available to speak to area organizations during his visit, Feb. 18-23.”

BIFF for the Deaf

As this year’s Honorary Chair, Wood brings a unique new feature to the fest: BIFF for the Deaf. His most recent ASL film, In the Can, will be screened three times during the 10-day fest (see website for days, times and venues).
In the Can tells the story of Nicky, an aspiring filmmaker approached by a shadowy stranger who offers him the chance to make his first feature film. The catch: On his own, he must write a screenplay, recruit actors, secure equipment, film stock and filming locations, shoot and edit, add the soundtrack and complete the entire process, all within a few days.
The deaf community is sorely underserved when it comes to cinema, but the deaf movie industry is growing, as it provides high-quality feature films that cater specifically to the deaf community.
ASL films have no soundtrack at all. All dialogue is done in sign language with subtitles.
BIFF has always strived to make its films accessible to all moviegoers with the necessary adaptive services, including ASL and other interpreters from the Delavan-based SWIT – Southern Wisconsin Interpretive & Translation Services.
“There is a sizeable population of deaf and hard of hearing individuals in the stateline area, and a school for the deaf in Delavan,” says Beaudoin. “We’re particularly appreciative of SWITS and Saul Arteaga, its director and a BIFF board member, for bringing the need for such a program to our attention and in helping to select the films. We hope to expand this program in future years.”

Regional films have always had a strong presence at BIFF and are popular among stateline attendees. This year, however, these films and filmmakers are being showcased in a state-to-state competition for Audience Choice awards.
During the first three days of BIFF, Feb. 14-16, dozens of films by Wisconsin and Illinois filmmakers will be screened in the first-ever Wisconsin-Illinois Showdown, and audiences will be able to vote for their favorites.
“The showdown offers great exposure for area filmmakers and contributes to BIFF’s efforts to build a filmmaker community in the region,” says Beaudoin. “These are the sorts of films that are critically acclaimed but not always readily available for viewing.”
Some of the selections in the Showdown will also be in competition during the festival. “Many great films, ranging from heartwarming dramas to engaging and hilarious documentaries to grindhouse horror, will screen in the showdown,” says Kristin Peterson, BIFF Wisconsin-Illinois Showdown coordinator. “Two short slots of the best short films made in the region will also screen during the 10 days.”
The showdown includes Filmmaker Spotlights, with some filmmakers on hand to discuss not only their films but the business of filmmaking in the Midwest.
“We’re proud to be showcasing the amazing work of these area artists,” says Beaudoin. “I think BIFF patrons will find great enjoyment in knowing what great cinematic art is created right in our backyard.”
Check the BIFF website for times and venues.

A new and crazy night of audience participation at BIFF, as moviegoers are encouraged to dress as characters from the film, employ a bag of props and offer vocal commentary during the screening. Lyrics are projected onto the screen so that no one misses a chance to belt out favorite songs.
First, the host will guide audience members on proper use of items in their free prop bag, suggest appropriate noises and motions (like booing the countess or cheering for Maria), lead a vocal warmup, judge costumes and award prizes.
Viewers may mimick the actions on the screen, dance, skip – anything goes. The event takes place Feb. 21, at 7:30 p.m., at Eclipse Center, 1707 Riverside Dr., Beloit.

This BIFF hallmark takes place Saturday, Feb. 22, at the Eclipse Center, with a 6 p.m. reception followed by the film screenings at 7:30 p.m.
Since it began, the Silent Film Showcase has grown to become the most popular event of the festival, with a classic silent film accompanied by live music, as it was first shown to moviegoers, performed by Maestro Rob Tomaro and the Beloit Janesville Symphony Orchestra (BJSO). This year, they will provide a live soundtrack to three classic Charlie Chaplin short films, playing the original music soundtrack of composer Carl Davis.
The Films
All three shorts feature Chaplin’s Little Tramp character.
In The Floorwalker, as a customer running amok in a department store, the Tramp has the unfortunate luck to look exactly like the store manager, who has just robbed the safe.
In The Count, as a tailor’s assistant, the Tramp burns a hole in a count’s trousers and is fired. The tailor decides to attend the party of Miss Moneybags, impersonating the count. When the Tramp shows up to visit the Moneybags’ cook and unwittingly threatens to reveal the ruse, things really get complicated.
In Easy Street, the Tramp is a derelict who, inspired to win the heart of a beautiful mission worker, reforms to become a policeman, and must then fight a huge bully, the leader of a street gang that’s menacing the Tramp’s beat.
An opening reception to the Silent Film Showcase features a silent auction, with proceeds benefiting the BJSO, this season celebrating its 60th anniversary. Tomaro, in his 15th year as conductor and music director, is only the fourth to hold the position in the orchestra’s history.
BIFF is screening a documentary about BJSO, Sixty Years of Symphony, to mark the Diamond Jubilee.

Formerly known as Launch & Laurels, this event takes place at the Eclipse Center on Feb. 20. A reception begins at 5 p.m. This year’s theme is “A Night in the Big Easy,” with Bourbon Street decor, Cajun-style hors d’oeuvres, Zydeco and New Orleans jazz.
At 6 p.m., awards will be presented in categories ranging from Best Wisconsin Film, to Best Screenplay to Best Documentary, with videotaped comments on the films from members of the Awards Jury. Featured honors include the Josh Burton Award for Excellence, the Power of Film Award, and the Ken Hendricks People’s Choice Award.
The late Hendricks, founder of of ABC Supply, and wife Diane helped to found BIFF, and Diane continues to underwrite and support the event.
For more information on the 10-day festival and to purchase tickets, visit beloitfilmfest.org. “Like” BIFF on Facebook to stay up-to-the-minute on all festival developments.