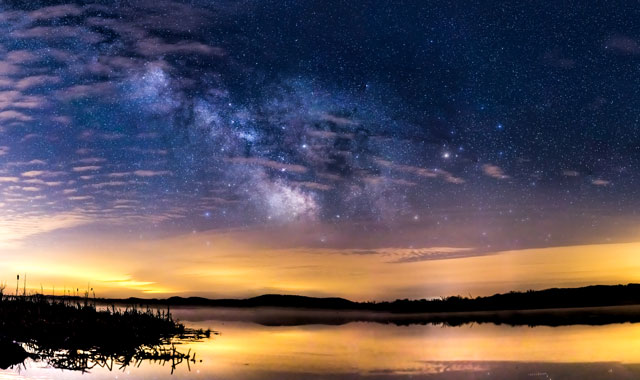 Poplar Grove resident Chuck Downey earned his wings as a U.S. Naval pilot when he was 18 years old, and decades later discovered he was the youngest of the war, despite a claim by President George H.W. Bush.

Chuck Downey, of Poplar Grove, Ill., lived through 17 bombing missions, two kamikaze attacks and the sight of several friends being shot down by the enemy – all as the youngest Naval Aviator of World War II.
For years, former President George H.W. Bush, a TBM Avenger Torpedo Bomber pilot, thought he was the youngest Naval Aviator of the war. But Downey has the President beat by 11 days, a fact the President has since acknowledged. Today, Downey is nearly 89 and still going strong.
Downey was born Aug. 2, 1924, in Bridgeport, Conn., and loved aviation from the start. “I can remember, at three years old, listening with my parents to our radio in our family’s dining room for word of Charles Lindberg’s flight across the Atlantic,” he says. “I was just as excited as they were.”
By age 7, he was making airplane models out of balsa wood; by age 16, he was a champion model builder. This was good preparation for his first flight, in 1934, out of Brainard Field, circling Hartford, Conn. “It was against my father’s wishes, but I went up with my mother in the drafty, cold, front cockpit of an OX-powered Waco 10,” he recalls.
By the late 1930s, Japan had invaded China, Germany had invaded Poland, and the U.S. was forced onto the threshold of World War II. After the Dec. 7, 1941, Japanese bombing of Pearl Harbor, Hawaii, in a surprise air raid, Downey was eager to join the country’s armed forces. He wanted to sign up before his 18th birthday, but needed signatures from both parents, and his father wouldn’t sign. After turning 18, he joined the Navy in October, 1942. Surprisingly, he wasn’t hoping to become a pilot; he wanted to enlist as an aviation mechanic.
“But they [the Navy] said I had different skill levels and I was a good candidate to be a Naval Aviator,” he recalls.
Off he went for training in Memphis, Tenn., before heading to Pensacola, Fla., for flight school, where he was commissioned as an Ensign in the U.S. Navy on July 16, 1943. Downey was the tender age of 18 years, 11 months and 14 days when he earned his wings.
In September 1943, Ensign Downey headed to Glenview Naval Air Station, near Chicago. The Navy had transformed two coal-burning luxury excursion ships into makeshift carriers that plowed the waters of Lake Michigan, in order for new pilots to earn carrier landing qualifications. The ‘carrier’ decks were only 550 feet long, much shorter than those of actual carriers that saw duty in the Pacific. Learning to land on them was very difficult, which is why more than 150 Navy aircraft now lie on the bottom of Lake Michigan.
Downey couldn’t believe his eyes the first time he approached a practice carrier.
“You mean I have to land on that thing?” he thought, as he viewed the tiny deck. But land he did, qualifying himself to see action in the Pacific.
In June 1944, Downey first saw combat duty as a dive bomber pilot aboard the newly commissioned aircraft carrier USS Ticonderoga. He flew the SB2C Helldiver, a plane so difficult to fly that some pilots dubbed it “Beast.” It had just replaced the beloved Dauntless dive bomber, which had a proven record of success, including the sinking of four Japanese aircraft carriers in the pivotal battle of Midway. But Downey wasn’t intimidated by the Helldiver.
“I’ve flown better airplanes … it was not a graceful airplane … it didn’t dive as well as the Dauntless. It did its job … you flew the Beast because that’s what you had to fly and you’d better fly it!”
One of his most successful – and most dangerous – combat missions took place on Nov. 13, 1944, at Manila Bay in the Philippine Islands. As a LT. J.G. at the time, Downey was part of an air group that sank the Japanese light cruiser Kiso, a mission that taught him just how quickly one’s life can end in combat.
“We were part of a group of 16 airplanes attacking shipping all over the bay,” he recalls. As the pilots began diving, antiaircraft fire from the Japanese ships found the range of the dive bombers. “All of a sudden, geez, there was a huge flash. I think I’m going to hit debris. Everything blew up in my face about 400 feet in front of me … the whole thing just blew.”
The Helldiver in front of Downey had exploded, hit by antiaircraft fire. It had been flown by Johnny Manchester, a relatively new pilot nicknamed “School Boy.”
“There was nothing there, no airplane, bomb, pilot, gunner, load of gas,” Downey recalls. “It was all just gone, no smoke, no nothing. The whole thing just blew … and I just kept diving through it. I hardly knew him [Manchester]. He had just joined the squadron. Johnny was a trumpet player, he was a great guy. ”