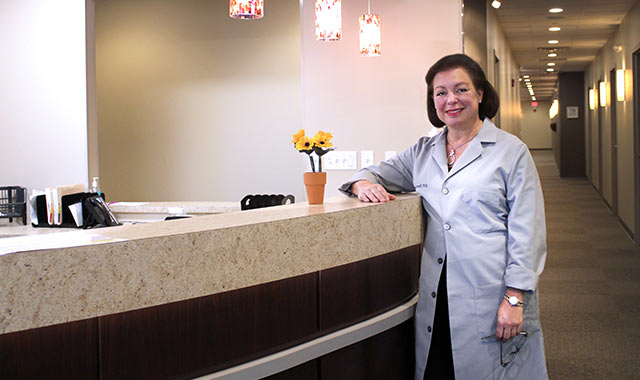 Surgery has changed vastly since those first operations in the Stone Age and ancient China. Learn some of the latest updates and techniques that help general surgeons to provide surprisingly simple, less-invasive surgical procedures.


Imagine that first shaky hand lifting a pointed object and performing the world’s first surgery.
What you probably can’t imagine is that surgery likely originated in the late Stone Age, and definitely existed by 10,000 B.C. in China. Anthropologists there have found skulls with signs of trephining, the removal of a circle of bone from the skull, although they have no clue why. As civilizations evolved, their surgical and medical experience did, too. From China through India, Greece, Egypt and finally into Europe, surgery advanced with time as knowledge grew.
The basic concept of surgery hasn’t changed a bit: The surgeon makes a decision, then an incision, remedies a situation and closes. But everything surrounding it has changed dramatically, especially during the past 100 years. Among other things, the role of the surgeon is much more specialized than it once was, although this isn’t always true.

It wasn’t all that long ago that the family doctor did everything, from delivering babies to performing surgeries ranging from simple tonsillectomies to repair of traumatic injuries, tumor removal and more. As medicine advanced and technology expanded, medical centers such as FHN Memorial Hospital in Freeport developed specialties with doctors trained and dedicated to treating patients for specific diseases and conditions. Today, FHN specialties range from acupuncture to wound care, with all kinds of disciplines in between.
Despite the expansion of specialization, the general surgeon’s role remains strong. For FHN’s Dr. Katherine Liu, a board-certified general surgeon and a Fellow of the American College of Surgeons, the variety of operations she performs has narrowed, but there’s still plenty to do.
“General surgery is a well-recognized specialty,” Liu explains. “While we may not do everything, like cardiac or neurosurgery, we most commonly do surgical procedures on the abdomen and gastrointestinal tract. This includes surgical treatment of hernias and diseases involving the gallbladder, liver, pancreas, esophagus, stomach, small bowel, colon and appendix.”
Liu consults with patients prior to surgery, and follows up with them afterward in her office at FHN Specialty Care, across Stephenson Street from FHN Memorial Hospital. “I also work collaboratively with other disciplines including primary care, internal medicine, oncology, orthopedics, pulmonary, endocrinology, etc. My goal is to do whatever is necessary to treat the patient and speed the patient’s recovery.”
For more than 20 years, Liu also has taught in medical schools, served in professional societies and carried out research for many publications in major peer-reviewed journals. In 1998, she was the first woman to achieve the rank of full Professor of Surgery at Rush University Medical Center.
Liu enjoys being able to help her patients recover. She also enjoys the challenge of treating complicated conditions.

Just as medical knowledge has exploded in recent decades, so has surgical specialization.
Heart surgery became the focus of practice for Dr. William Cox and his colleagues at SwedishAmerican Hospital in Rockford during the early 1970s. Cox practiced at SwedishAmerican from 1969 to 1998.
“Dr. Sharp and I completed our residencies in Baltimore and Chicago,” Cox explains. “During the late 1960s, we needed to find a way to not only practice open-heart surgeries but also to train our support team. I had just arrived at Swedes. We began operating on pigs in the old tuberculosis sanitarium, which ironically is now the School of Medicine.”
Cox recalls that local meat retailer Meryl Eickman provided pigs and blood from his slaughterhouse in Seward. The pigs were anesthetized and hooked up to the heart-lung machine.
“We would go out to Eickman’s nearly every Saturday, then set up the heart-lung machine in the sanitarium’s garage,” Cox recalls. “This was before open-heart surgery was generally performed nationwide. Later, we moved the practice operations to an upper-floor storeroom at Saint Anthony Hospital. Another doctor occasionally provided us with calves from his farm, as well. We did these practice sessions about 10 to 15 times, gradually cutting back to once a month. This went on for about one year.”
When SwedishAmerican’s heart surgery program opened, Cox opened a lab for training the heart team in the hospital’s basement, beneath the emergency room.
In his book, It Began With a Dollar: The History of Swedish-American Health System: 1911-2011, author Paul Greenland quotes Cox saying that one of the reasons he chose Rockford over Chicago in 1969 is that he believed in the future of heart surgery.
“I knew that if coronary bypass was going to be successful, which it looked like it was, there would be such a need for it that it couldn’t all be done in one hospital; it was going to have to be done in some hospitals in the smaller cities, too. So I came out here, and we started the open-heart program,” Cox stated.
Today, the Heart Center provides the latest in techniques, technology and medicine to patients with heart disease. “Basically, the actual surgery isn’t a whole lot different than when we first started,” says Cox. “There have been many improvements over time in the use of supportive drugs, anesthesia, understanding of the physiology of the heart and the heart-lung machine, and, under some circumstances, less-invasive approaches.”

As technology and methodology evolved, so did the concept that “less is best.”
Dr. Michael Fumo, a board-certified urological surgeon with Rockford Urological Associates, leads Rockford Memorial Hospital’s Minimally Invasive Surgery department. He says surgeons have been pushing the boundaries of medicine using minimally invasive techniques for much longer than people imagine.
“Physicians were placing cameras into patients’ bellies more than 100 years ago,” Fumo says. “Of course, the pictures were terrible, compared to now. But the concept of minimally invasive incisions really opened up in the early 1990s.”
“Modern” procedures like laparoscopy were performed on human patients as early as 1902, Fumo says. The first documented minimally invasive technique was a rectal exam using a speculum by Hippocrates in the 4th century B.C. Techniques have been refined ever since, and equipment has been miniaturized to cause the least possible collateral harm. Minimally invasive techniques have nearly unlimited potential, Fumo says.
“While procedures such as the three-incision gall bladder extraction have been around since the early 1990s, we’re finding more and more ways to apply the concepts every day,” Fumo says. “Now we’re exploring orifice-based surgeries in which we go up the nose, down the throat, through the belly button and through the side of the vagina, avoiding visible incisions almost completely.”
Recently, robots have arrived on the surgical scene. Fumo notes that people have always been fascinated with their potential and they’ve already transformed industrial assembly lines and battlefield medicine.
After several robotic surgical products were introduced, the da Vinci became the current standard, beginning with Fumo’s specialty. This extremely versatile surgical tool is used for a growing number of other applications as well.
“I foresee its usefulness in vascular and cardiothoracic treatments, in gynecology, gastroenterology, ear-nose-and-throat and even general surgeries,” Fumo says. “For those who remain uncomfortable with the prospect of surgery in any form, I want to say that technology is neutral. It is neither good nor evil. It is up to us as surgeons to apply technology with empathy and compassion.”
Fumo points out that people once believed surgery caused as much harm as good. For example, prior to advanced imaging techniques like CT, MRI and PET, when physicians had difficulty knowing what was happening within their cancer patients, they often performed “exploratory surgery.”
When cancer was found throughout the body, a patient’s family sometimes blamed the surgery for the cancer’s spread, believing that internal exposure to light and air caused the disease to multiply.
This was untrue, of course. Still, today’s minimally invasive techniques, keyhole surgeries and advanced imaging technology have helped to make the prospect of surgery more palatable.
Virtually all surgery was performed in hospitals until roughly 40 years ago, according to the Ambulatory Surgery Center Association. It wasn’t unusual for patients to wait months for surgery, spend many days in the hospital and take several weeks to recover.

As surgical procedures were refined and expanded, another trend rippled across the country. The change began in 1970, when two Arizona physicians established the first out-of-hospital ambulatory clinic. By the 1990s, quite a few of the new clinics were in operation nationwide, says Dr. Steven Gunderson, CEO and medical director at Rockford Ambulatory Surgery Center, 1016 Featherstone Road, Rockford.
“We looked at what was going on and decided Rockford was the perfect setting,” he says. “We thought, ‘Why don’t we try it?’ A group of local anesthesiologists decided to back Rockford Ambulatory as a community project and invited the city’s three major hospitals to partner with them.”
At first, the hospitals were opposed to the concept, but when Rockford Ambulatory was awarded a state-issued Certificate of Need, one hospital came aboard as a limited partner. (Certificate of Need programs are aimed at restraining health care facility costs and allowing coordinated planning of new services and construction.)
The advantages of offering patients and surgeons a cost-effective alternative site were more than enough to ensure the center’s success. Gunderson says the efficiencies inherent in the surgery center save surgeons valuable time, allowing them to spend more time in the office and less time bogged down in the hospital operating room environment.
“We opened Rockford Ambulatory in 1994. Our first case was a cataract surgery,” he recalls. “Today, we’re equipped to handle much more complex procedures in many different specialty areas.”
Rockford Ambulatory is located on Featherstone Drive between Perryville and Guilford. Gunderson says patients appreciate the smaller, patient-friendly environment and the center’s focus on individual needs and preferences. Additionally, the risk of infection is extremely low. Hospitals are challenged with preventing and containing highly resistant strains of bacteria such as methicillin-resistant staphylococcus aureus (MRSA) and carbapenem-resistant enterobacteriaceae (CRE). But an equally important factor for many patients is the ambulatory center’s cost-effectiveness.
“A surgical procedure that might cost as much as $37,000 at a hospital can cost as little as $5,000 at Rockford Ambulatory,” says Gunderson. “That’s vital, when patients are looking at 80/20 insurance coverage. It’s a huge difference.”
The downside is that Medicare and some insurance companies have not kept pace with the growing trend toward ambulatory surgery. Medicare reimbursement to surgery centers is about 50 percent of the amount paid to hospital outpatient departments. In many cases, hospital charges are three to eight times higher for insured patients, according to Gunderson. This means billions of federal tax dollars are wasted, and patients pay higher out-of-pocket costs, he adds.
“We have the same strict medical certifications, the same infection control and quality control, and the same credentialing requirements for surgeons as hospitals do,” he says.
Nationwide, hospitals have been purchasing or networking with ambulatory surgery centers and integrating them into their Accountable Care Organization (ACO) plans in an attempt to bring more efficient, low-cost, high-quality medical care to patient populations.
“Ambulatory surgery centers remain one of the most cost-effective structures for delivering patient care going forward,” Gunderson says.
Regardless of how or where surgeries are performed, patients today fear them less than at any time in history, for good reason. And there’s every indication that the surgical field will continue to improve until the day when it may no longer be necessary to cut into the human body at all. 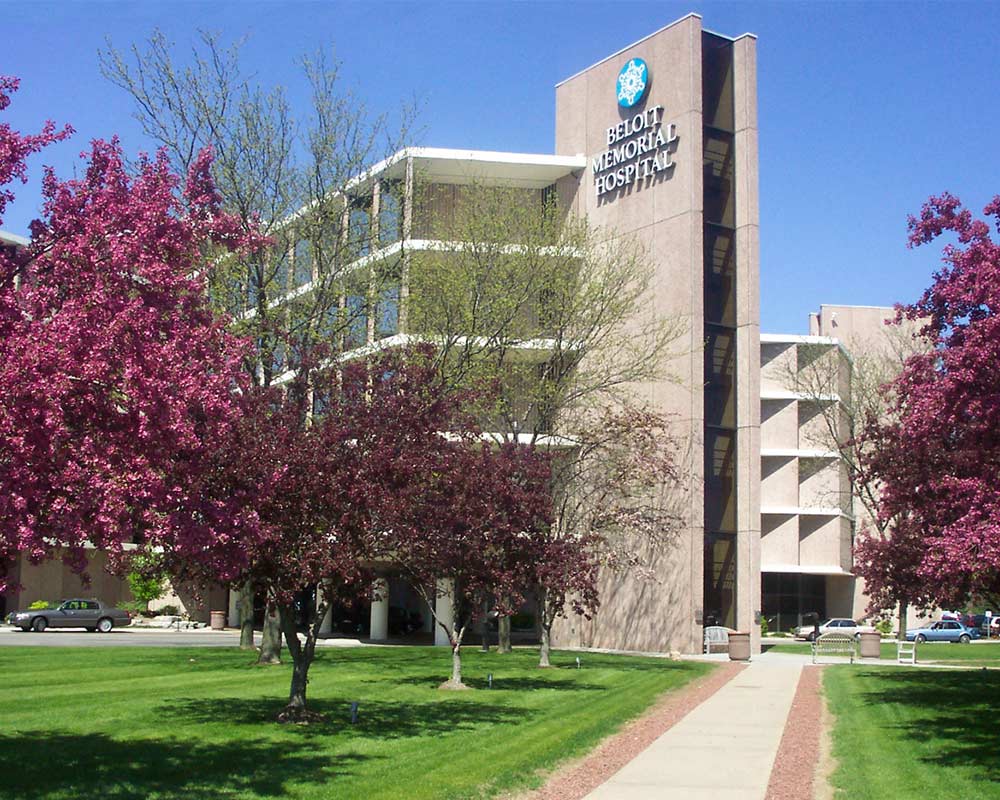 Beloit Health System: An ‘A’ For Effort in Health Care

Under the watchful eye of Chief Medical Officer Dr. Roger ...