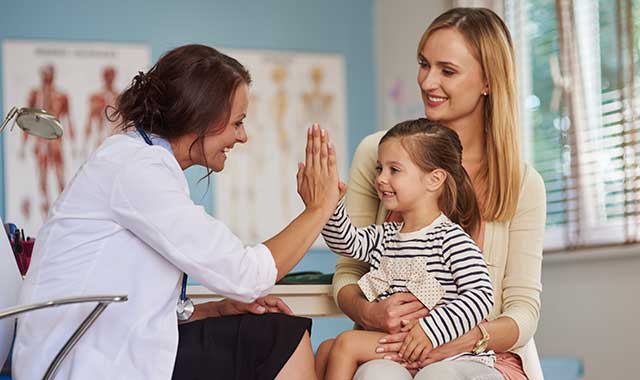 More and more farmers’ markets are popping up all over our region, ofering not only wonderful produce, but also the pleaure of meeting those folks who grew it. We provide a regional list of the markets and a glimpse of what you’ll find. 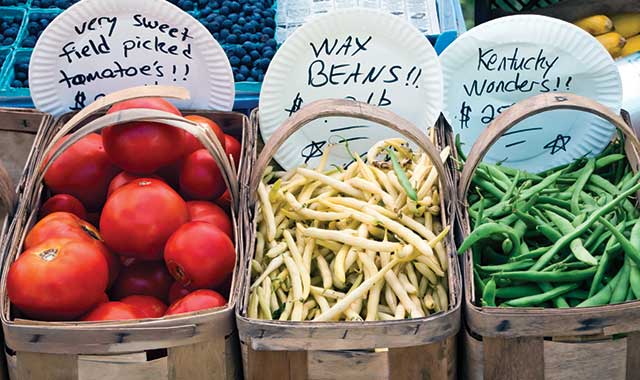 Thousands of Americans across the country flock to farmers’ markets every week, but it’s not just the fresh veggies, homemade pies, and fresh air they’re after. They also enjoy the atmosphere, as do participating vendors.
“I love talking to the people,” says Denny Wright, who owns and operates Wright Way Farm, near Beloit, with wife Susan. The Wrights sell homegrown vegetables, maple syrup, honey and whole wheat flour at four farmers’ markets in the stateline area.
In an age of impersonal grocery store experiences, farmers’ markets offer vendors and shoppers a chance to interact. “It all goes back to relationships,” says Wright. “A farmers’ market puts me right in front of the people who use what I grow. I can offer them the story of their food.”
Wright runs the farm’s booth at the Rockford City Market every Friday night between May and October. The downtown Rockford City Market experienced record attendance during the 2012 season, with 57,136 people attending between May and October, or about 2,000-4,000 people per week. The market hosts 60 vendors from around the region who sell fruit and vegetables, homemade jams and pies, fresh cut flowers, arts and craft items for kids, dinner entrees from local restaurants, and craft beer on tap from local microbreweries. There’s also live music every weekend.
“It’s a farmers’ market, but there are so many other options besides just produce,” says Katie Townsend, an Urban Farm Educator with the Roots and Wings Initiative of the Angelic Organics Learning Center. Townsend’s students are Eco-Advocates, participants in a youth-led urban agricultural program conducted by Comprehensive Community Solutions, YouthBuild Rockford and Angelic Organics Learning Center. The Eco-Advocates grow their produce on a small farm in downtown Rockford, then bring it to market to sell.
“People are asking for more locally produced fresh veggies and we’re helping to meet that demand,” says Townsend. “Our food is produced just one mile away from where we sell it. It doesn’t get much more local than that.”
The program also empowers local youths by making them a part of the business community. “We’re providing access to healthy food,” adds Townsend. “Every time someone buys our produce, they’re supporting their local economy and supporting the Eco-Advocates program.”
After a long Friday evening at the Rockford City Market, Denny Wright packs up his booth and the next morning heads to a market in the suburbs of Chicago, while wife Susan runs the farm booth at the Beloit Farmers’ Market in Beloit.
“It’s an atmosphere of socializing,” says Crystal Buhmeyer, Market Manager for the Downtown Beloit Association. “Besides shopping, people come down here just to meet friends, meet for coffee, or listen to music.” The Beloit Farmers’ Market is the second largest in Wisconsin, with an average of 3,800 people each Saturday. It will launch a new program this year in which low-income shoppers can use food assistance benefits, such as food stamps, to purchase produce.
Many smaller communities also have farmers’ markets these days. The Territory Farmers’ Market near Galena, Ill., boasts a wide variety of locally grown produce, hand-woven baskets, baked goods, candles, soaps and locally produced meat.
“It’s a great place to bump into friends, get outside, enjoy the scenery, and chat with the community,” says Emily Lubcke, Natural Resources Manager for the Galena Territory Association. “One of my favorite things about local markets is that they support local producers and keep the money ‘in-house’ rather than sending it somewhere else.”
They also give people an excuse to get outside and mingle with each other.
“The market is a meeting place for the community,” says Lubcke. “It’s a multi-faceted, family atmosphere where you can often spend much less money than you would at the grocery store.”
Buhmeyer, of the Beloit Farmers’ Market, strongly emphasizes that farmers’ markets are great for local economies. “They stimulate downtown business,” she says, adding that four vendors who’ve been selling at the market for several years are now opening permanent storefront businesses in downtown Beloit due to their success at the farmers’ market.
The same holds true for Rockford City Market vendors.
“A lot of startup businesses open booths at the market to test their products and grow their businesses,” says Cathy McDermott, of Rock River Development Partnership, the group that manages the Rockford City Market. “The market was started to draw people to the downtown area and stimulate local businesses.”
Shoppers spent more than $2.5 million at the market during the 2012 season, and the market will expand this year, with 12 new vendors.
“First-time visitors to the market almost always bump into someone they know,” adds McDermott. “There’s really no better place to be on a summer Friday night in Rockford.”
“It’s a social event,” says Denny Wright. “You can meet other people, experience beautiful weather, exercise a bit and meet the person that grows the food that you buy.”
Many of Townsend’s students are first-time farmers. They once imagined they’d be selling their produce off the back of a pickup truck on a dusty country road.
“The farmers’ market turned out to be more like a festival,” says Townsend. “It’s just plain fun. When you get outside and socialize and listen to some live music, it lifts the spirit.”