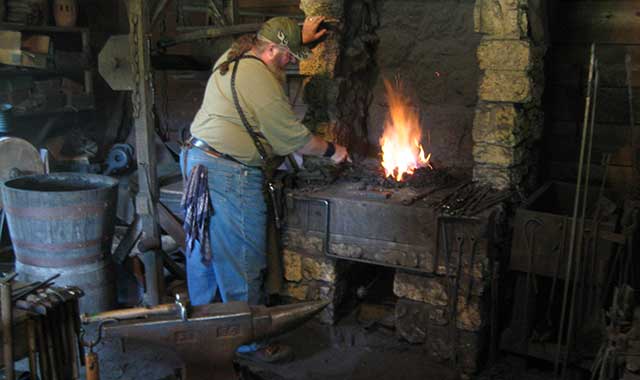 A devastating fire hasn’t stopped this longtime Freeport favorite from returning with its signature Italian cuisine. Learn about this restaurant’s recent updates and its famous cuisine.


Pat Beckman never had a doubt that his restaurant would reopen, after a devastating kitchen fire in March 2012 forced him to shut down Cannova’s Italian Cuisine, 1101 W. Empire St., in Freeport.
“We take great pride in what we do,” says Beckman, who has owned the popular eatery with wife Linda for 27 years. “We’ve been here for so long. Cannova’s is an integral part of the community. We just knew that we had to rebuild.”
So they did.
Today, Cannova’s is once more a comfortable two-level restaurant that seats 180 guests. The upstairs includes a large bar area that can be reserved for special occasions. Dark wood paneling and soft lighting lend ambiance. The walls are filled with photos and mementos that celebrate a rich history, which now includes “before-” and “after-the-fire” photos.
It was about 6:30 p.m. on a busy Friday night when a grease fire ignited under a stove and quickly moved into the walls.
“Things always seem to happen in a restaurant on a Friday night,” says Beckman, who was playing piano at the time in the main dining room. He rushed into the kitchen, where he and his chefs took action, slowing the fire with extinguishers before it could reach the dining room. Customers and staff fled the building unharmed, but the kitchen was destroyed.
“You could see the smoke for miles,” Beckman recalls. But our staff and firemen did a great job of preventing further damage.”
Fortunately, firefighters were able to save precious photos, paintings and special objects, including a beloved baby grand piano that had been donated by a customer. The items were relocated next door to another of the Beckmans’ restaurants, the Fieldstone Inn, where the Cannova’s staff worked while their restaurant was closed.
Over the next several months, crews began the complicated task of rebuilding. Most of the interior was replaced; new walls, heating ducts, bathrooms, carpeting and sinks were installed, along with a new stereo system. On Oct. 2, almost seven months to the day it caught on fire, Cannova’s reopened, to the delight of loyal customers.
“I got a little emotional, and I’m not an emotional guy,” Beckman says. “When you’re open almost every day for nearly 30 years, it was difficult not being here, after the fire.”
The restaurant was founded in 1921 by Sicilian immigrants Antonio and Philippina Cannova. Their family ran a grocery store at 607 E. Winneshiek St. that included a small pizzeria in the back, with a tavern in the front. Nearly 25 years later, son Frank Cannova took over, after returning from service in World War II. He closed down the grocery store and tavern and moved Cannova’s to its current location in 1964.
In the mid-1980s, the Beckmans purchased the business from Linda’s family, who had purchased it from Frank Cannova. They also operate Cannova’s restaurants in Galena, Ill., and Neenah, Wis.
“Cannova’s is a wonderful place,” Beckman says. “It gives people a great place to go. It’s not overly expensive, and we have great food and great music.”
Cannova’s continues to use many of Frank’s original recipes for pizza, spaghetti sauce, Italian beef, fresh bread and pizza dough. House specials include a Sicilian filet marinated in olive oil and red wine, Italian-style baked cod, and seafood Alfredo. Desserts include Linda’s made-from-scratch tiramisu, cheesecake and chocolate spoon cake.

And then there are the specialty pizzas. Plenty of them. There’s the Classic, with diced tomatoes, fresh basil, spinach and sweet basil; the New York, featuring olive oil on the crust, fresh garlic, mozzarella and diced tomatoes with a house cheese; the double-crusted Gloria Read, named for a longtime customer; and the Sicilian, with sliced Italian sausage and pepperoncinis, voted “best traditional pizza” by Pizza Today in 2001. Cannova’s Chicken Tuscany pizza earned a silver medal at the 2005 International Pizza Expo in Las Vegas.
The friendly rapport between staff and customers is another reason for the restaurant’s success. Many employees have been with Cannova’s for 10 to 25 years.
“This business is interesting because of all the people that you meet,” Beckman says. “Being in a smaller town like Freeport, you know everyone. We have people who grew up working here and are still here. It’s fascinating to see the evolution of people. It’s like a family.”
Customers who visit Cannova’s come from Freeport and beyond, including Monroe, Dixon, Sterling and smaller towns such as Lena, Dakota, Stockton and Forreston. “Our customers are our friends,” Beckman says.
One friend is Freeport resident Laurie Tormohlen, who’s been coming to Cannova’s at least once or twice a week since she moved to town in the mid-1980s. She dines with her family, or with her local singing group, after rehearsals. Her daughter has worked part-time at Cannova’s for the past seven years, during high school and college.
“I love the atmosphere, the warm décor, the wait staff, and the great food,” says Tormohlen, who favors the chicken parmesan dish and specialty pizzas. “The Beckmans have provided the community with a great place to gather for occasions, big or small. It’s very cozy and comfortable. The familiarity breeds a good vibe. It feels like home.”
Cannova’s is home to jazz quartets, folk musicians and musical theater groups throughout the year. For two weeks in December, it hosts a popular holiday dinner theater, which includes a seven-course meal, eight singers and four instrumentalists performing in the main dining room. “It’s all Christmas music,” Beckman says. “It’s a wonderful evening.”
Owning a restaurant gives Beckman a chance to showcase his musical talents. Following in his father’s footsteps, he began playing piano at age four and later earned Bachelor of Music and Master of Music degrees in piano, from the University of Illinois. He also played in several bands.
Beckman moved to Freeport to teach in the music department at Highland Community College and also taught at Rockford College and Freeport Aquin High School. He eventually stepped away from teaching to devote more time to his business and to writing music. He favors a combination of blues, jazz and gospel. He’s recorded several CDs with musicians from around the country.
“The restaurant business takes a fair amount of time,” says Beckman, who plays piano at the restaurant on some Friday and Saturday nights. “But it frees me up to work on my music. Owning the restaurants and writing music are two of my greatest pleasures.”
The Beckmans have big plans for the future of Cannova’s. They hope to distribute their homemade sauces and salad dressings through area retail outlets. They’re also working with local farmers to acquire fresh produce and create a heart-healthy menu. Additions to the musical entertainment lineup are in the works, too.
Not even a damaging fire could dampen the spirit that surrounds this Freeport mainstay.
“After the fire, there were a lot of sad people in this town,” Tormohlen says. “But I was confident they [Beckmans] would get it rolling again. I’ve had so many family celebrations and good memories there. I can’t picture Freeport without Cannova’s.”
Cannova’s is open Tuesday through Sunday from 5 to 10 p.m. The restaurant is closed on Mondays.
Tags: cannova's italian cuisine cannovas freeport pasta paul anthony arco paul arco piano pizza
Share on
Share on Facebook Share on Twitter Share on Pinterest Share on Email
Paul Arco July 1, 2013