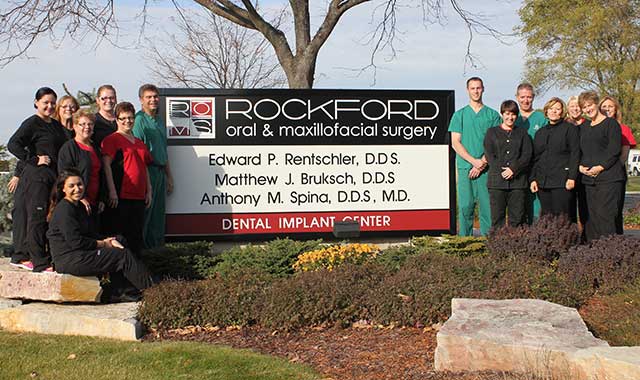 Discover a new restaurant that’s cozy and inviting, and launched by a restaurateur who’s worked every part of the business.


Phillip Church, owner of Jezebel Gourmet Bistro, 6731 Broadcast Pkwy., Loves Park, Ill., has worked in restaurants since he was 15, holding every position possible, from dishwasher to server to cook. It’s surprising, then, that the 40-year-old says owning a restaurant is something he never thought he’d do. Despite that, he’s done so more than once. His latest spot opened last spring.
“Running a restaurant is lots of hours and hard work,” Church says. “I’m here just about 24/7. People outside the service industry don’t realize that you give up a lot of your own personal and family life to make everything properly run. But when someone tells me how good the food is, it validates all of the hard work. It’s very rewarding.”
He smiles and adds: “Another part of it is the challenge. I’ve had friends, former co-workers, even some family members, who told me that I was crazy and could never pull it off. That in itself is great motivation for me, to prove them wrong.”
The menu offers a variety of cuisines. Appetizers range from filet crostini sliders and flaming saganaki to beer cheese soup topped with popcorn; among entrees are seafood pasta, apple glazed pork chops, beef stroganoff and stuffed orange roughy. Lighter fare includes fresh entree salads, artisan pizzas, black angus burgers and Panini-style sandwiches.
“I wanted to offer an eclectic, diverse menu,” Church says. “A majority of the appetizers and entrees aren’t available elsewhere in the area, like the saganaki. A signature entree is the Chicken Pesto Florentine. For sandwiches, a customer favorite is the chicken portabella Florentine sandwich, which I serve on a focaccia bun.”
The bar has a selection of wines from around the world; mixed drinks made from either top shelf or well liquor; a variety of domestic and artisan beers, both on tap and in cans and bottles; and custom cocktails such as a Godiva Chocolate or Caramel Apple Martini.
Everything that can be is prepared fresh in the kitchen by head chef Kristina Pulliam. “When I first opened, I was in the kitchen all day,” Church says. “Then, I went through a few chefs that didn’t quite get what I was doing. So I decided to pick and train someone myself.” Pulliam had been a server at Church’s previous restaurants, including The Olive Branch in Winnebago. “Kristina was always asking questions and willing to take on more responsibilities,” Church explains. “She had the passion I was looking for, and she understood how I worked. She’s doing a fantastic job.”
Church has created a distinctive and cozy space at Jezebel, located in the back corner of a brick building just off Perryville Road, across from PEAK Fitness. Walnut-colored wainscoting and burgundy booths stand out against the rich gold of the walls; windows are framed by burgundy damask curtains. Vintage prints adorn the walls; shelves hold fairy lamps, art glass and other bric-a-brac. Scattered throughout are several styles of vintage clocks, phones, lamps and sconces with candles. The crowning touch is an authentic wooden phone booth from New York, circa 1930s.
“I wanted vintage burlesque, with a 1920s-1930s theme,” says Church, who bought the phone booth on eBay from a woman in New York who had found it in her grandmother’s garage. “I chose the name because I thought it fit with the theme.”
The space is small and intimate, with five booths, several bistro tables and room for seven at the tiled bar. Aged brass chandeliers with crystals hang over each booth, with gothic, church-style brass lights above the bar. A large-screen TV behind the bar allows guests to keep track of the latest scores or headlines.
The food receives rave reviews on websites like Yelp, but Church says the atmosphere is what sets Jezebel apart from its competitors. “It’s intimate and relaxing,” he says. “At night, the lit candles and glowing lights give it a totally different vibe. I enjoy working evenings.”
Church says the best part of the job is talking to guests.
“I want everyone to have a great meal and wonderful experience,” he says. “When customers tell me that the atmosphere is quaint and the food is good, I feel validated.”
Jezebel is open Tues.-Thurs., 11 a.m.-10 p.m.; Fri.-Sat. until 11 p.m.; and Sun., 3-9 p.m.
Tags: food Jezebel Jezebel Gourmet Bistro loves park philip church restaurateur rockford sandwich seafood steak
Share on
Share on Facebook Share on Twitter Share on Pinterest Share on Email
NWQ Staff January 29, 2013