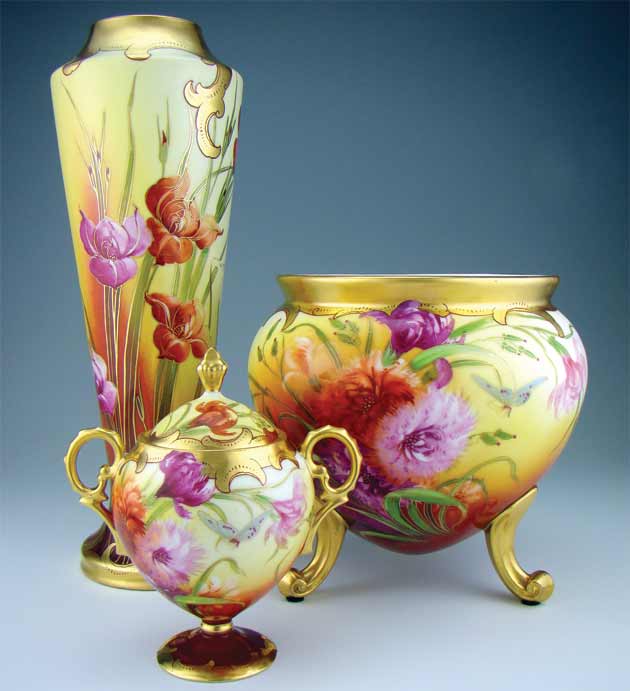 It’s been central to life in Dixon for longer than anyone can remember. Karla Nagy traces the history of this historic building and reveals its new, 21st-century life.


The Dixon Senior Center, open Monday through Friday, 8 a.m. to 5 p.m., is a hub of activity for the area’s senior citizens. Here, lunch is served daily, and the coffee pot is always full, so that folks can drop in to share a cup and some conversation.
Located on the corner of 2nd Street and the city’s main thoroughfare, Galena Avenue, it’s also a hotspot for pinochle and euchre tournaments, Zumba classes and special events such as guest speakers, seminars, themed parties and holiday celebrations. The Lee-Ogle Transportation System offers rides for those who need them, not just for activities at the Center, but for doctors’ appointments, shopping and entertainment. The staff of the Lee County Council on Aging (LCCOA) works out of the same space.
While all of this is pretty standard for a senior center, the Dixon center’s location and means of financial support make it unique. It’s all housed in the city’s former post office, built in 1911, an ornate Greek revival structure with portico and ionic columns outside, and terrazzo floors, Bedford stone, marble and granite features inside. The senior center is downstairs, and the LCCOA manages the “Post House Ballroom” upstairs, an elegant venue for reunions, weddings, anniversary parties and more.
“Any profit from ballroom rentals goes toward our senior services,” says Cathy Reglin, a former member of the LCCOA board of directors and, since 2002, Post House Ballroom manager.

B.F. Shaw, Dixon’s postmaster in 1903, was a dynamic personality. Up to this point, he had ridden with the Pony Express; served two terms as Circuit Clerk of Lee County; began what is now Shaw Media; joined Abraham Lincoln in founding the Illinois Republican Party; worked as a Washington, D.C., correspondant for the Chicago Evening Journal; and followed the Gold Rush to Pike’s Peak.
Shaw undertook supervision of the post office project, vowing to create a grand edifice. He worked closely with designers and helped to choose the materials for construction, including a revolving front door rumored to cost $8,000.


It took several years for all of the pieces to come together, but finally, in August 1909, ground was broken for the new post office. It was scheduled to be finished in 12 months, at a cost of $60,000, but as with most construction projects, it didn’t work out that way. With design modifications and work delays – including quarry strikes – the building took 19 months to complete, with a final price tag of $90,000.
On March 11, 1911, thousands attended the dedication of Dixon’s new post office, but sadly, Shaw was not among them. He died on Sept. 8, 1909, at the age of 78.
The 5,000 square feet of work space in the post office served the needs of the community well, but as Dixon’s population grew, so did its mail service volume. Finally, in the late 1950s, it was decided that a larger facility was needed, and in 1961, construction began on a new building, located at the corner of 2nd Street and Highland Avenue.
In April 1962, operations were moved to the new post office, which boasted two levels totaling more than 15,000 square feet.

After the opening of the new post office, the old building stood empty for two years. Next door, however, the Nachusa House Hotel was still going strong, and its owners purchased the former post office. They converted the main sorting area into a bar and banquet room, bringing in grand chandeliers – rumored to have come from New York City’s Waldorf Astoria – and huge white leather booths. They dubbed it The Post House.
“The bar was a popular spot for locals, and the banquet hall hosted lots of wedding receptions,” Reglin says. “Many Dixon residents recall attending events at The Post House.”
The owners continued to change the old post office. “The Nachusa House had an indoor pool downstairs on the north side, with a wall that abutted the Post House,” says Reglin. “They removed the wall and put a roof with skylights over the entire area, connecting the two buildings. Hotel guests couldn’t access the ballroom or bar from the pool area, however.”
The hotel closed in 1988 and was left vacant for 10 years, until it was rescued by the Landmarks Preservation Council of Illinois, in 1996. Today, the renovated hotel is known as Nachusa House Apartments, and provides housing for seniors. The pool space has been returned to the Post House, and today serves as the senior center’s library and dining, meeting and recreation room.
Prior to the closing of Nachusa House, the old post house became rental property. “Over the years, several different businesses leased the vacant space – a dress shop, a dance studio, even an office for a Sterling radio station,” Reglin continues. “In 1978, the Lee County Council on Aging received a federal grant which allowed it to purchase the building, with the stipulation that the agency had to maintain it and couldn’t sell it for at least 10 years.”
From 1987-1993, Gymnastics Divine used the upstairs as a training space, with mattresses, parallel bars, balance beam and other equipment. Owner Deb Devine DeLancey states that some of her students eventually had their wedding receptions in the ballroom. Between ’93 and 2000, the senior center used the space as a “bazaar,” selling rummage sale-type items to raise funds to remodel the upstairs.
In August 1999, State Representative Jerry Mitchell presented a $200,000 check to the LCCOA for renovations on the second story of the senior center. In 1996, Willett, Hofmann & Associates, a local architectural and engineering firm, had performed a feasibility study on making the upstairs space functional. The $200,000 grant helped to pay for the renovation, which included bringing electric and plumbing up to code, adding handicapped accessible restrooms and installing the kitchen. In the process, all of the original terrazzo flooring, ornate plaster detailing and marble wainscoting, along with the woodwork and stenciling, were preserved and restored. All of the work was done by volunteers, with local contractors and suppliers pitching in with supplies, tools and even labor.
“It was a huge project,” Reglin says. “As we tore things up, we found a lot of interesting items and features, some that we couldn’t identify. I’ve consulted Dixon residents and historians to piece together the building’s history, and I’m still not finished!”

The renovation was completed in the summer of 2000. What was originally the expansive mail sorting area now functions as the main ballroom, featuring two enormous crystal chandeliers, a full bar, a working kitchen, and room for banquet tables, a band or DJ and dance space.
At the north end of the ballroom is a hallway, of sorts, with an arched area at its end. The arch is topped with three stained glass window panels framed in ornate wood. Below that is a curved wooden counter, flanked by two windows protected by vertical brass bars, one labeled “Money Orders” and the other “Savings Bonds.” Forming this hallway is a low marble wall with a series of four arches, each open on the bottom and topped with three multi-paned window panels. The middle panels on all five windows open on a vertical transom.


“This was the part of the post office that was open to the public,” says Reglin. “The ballroom space was the work area for the postal employees.” She points out another label over one of these side openings that reads “General Delivery.”
Other signs of the building’s former life are found in the ballroom area. One very interesting detail involves a mysterious horizontal opening, high on the wall, about the size of a typical mail slot in a door.
“During the 1978 renovation, the owners removed a black spiral staircase that was used only by postal inspectors, to access the third floor,” Reglin explains. “Then, during our renovation, we discovered a metal ladder on the wall hidden in a closet. We’ve been told that federal inspectors would come in the back way, climb this ladder and use the slot to observe the workers without them knowing it.”
Slowly but steadily, through word-of-mouth, clientele for the Post House Ballroom has grown. “Last year, we hosted 47 events,” Reglin says. The space seats 200 and has a total capacity of 250. While no food is provided (renters can hire a caterer or bring in their own), a full complement of linens, tableware and dinnerware is available for rental.
“We want this beautiful space to be affordable for everyone, so we price items out individually, rather than charging a set rate,” Reglin says. “For example, some people bring in their own chairs and linens, or use disposable plates, but still want to use our tables and decorations. You only pay for what you use.”
In that spirit, Reglin has organized a Bride Exchange in the ballroom. “When I bring couples through to see the space, sometimes it’s already set up for a wedding,” she says. “Some of the couples would ask what that wedding party was going to do with their decorations after the event, and a few worked out a deal. We’re going to facilitate that with this exchange. It’s on Feb. 10.”
The ballroom is enjoyed by many organizations in the community. “We’ve hosted several high school proms, and the Petunia Festival’s In the Pink Ball,” Reglin says. “At one point, some of the seniors said they wished they could go to prom again, so we now have our public Spring Prom. Everyone is welcome. We get all ages, not just seniors, and a lot of people go the whole nine yards – do up their hair, get formal dresses and tuxes. We have a blast.”
For the holidays, the senior center sets up Santa’s Workshop in the ballroom. “The kids can get their picture taken with Santa, and a local store prints them up for free from our memory card,” Reglin says. “We set up gift tables, with items from 50 cents to $3, and staff members and volunteers dressed as elves help children shop for Christmas gifts. There are even craft tables and a wrapping spot for the kids to use.”
In addition to the card games and exercise programs, the center has a regular calendar of events that include shopping excursions and bus trips to see a show at the White Pines Dinner Theatre in nearby Oregon, Ill.
Socialization is important for the elderly, and the center is a place for them to get out and be around other people.
“We have a Wii bowling team that travels to other senior centers to challenge their teams,” Reglin says with a smile. “These may seem like small things, but they can have a big effect. Many of our seniors come in, have coffee and go home. They don’t see each other outside of the center. Now, at least five of our Wii bowlers go out to dinner together once a week.”
The LCCOA doesn’t provide services directly, but its outreach department helps to connect people with what they need. “We assist in getting free amplified phones, facilitate enrollment in certain programs, help with getting Meals on Wheels, even provide cell phones for 911 use.”
The Tri-County Opportunities Council uses facilities here; the local Golden Kiwanis group meets here; Lifescape Community Services brings in special lunches; several other nonprofits hold meetings here.
In the end, however, it all comes back to one thing.
“The senior center is the ballroom’s reason for existing,” says Reglin. “What we do here helps in our mission to allow seniors to stay independently in their homes.”
Tags: dixon lccoa lee county council on aging lee ogle post house post office ronald reagan
Share on
Share on Facebook Share on Twitter Share on Pinterest Share on Email
Karla Nagy January 29, 2013