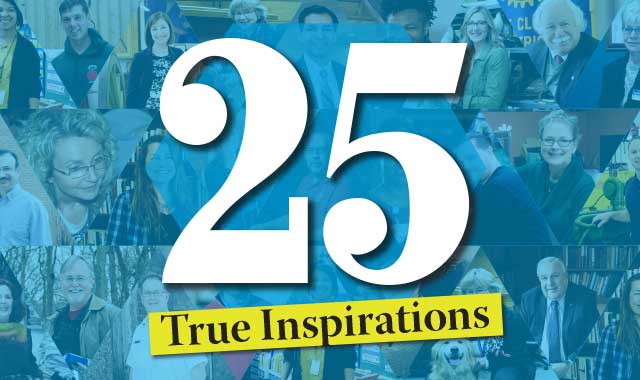 The glamour and excitement of Hollywood return this February to our region. Sneak a peak inside this year’s lineup and the big-name director you can meet there.


**Editor’s Note: NWQ associate editor (and resident film expert) Karla Nagy will be sharing live commentary and updates from the festival on Feb. 15. Click here to see the updates on NWQ, and follow @NWQuarterlyMag on Twitter.

From Feb. 14-17, Beloit International Film Festival (BIFF) will transform the Beloit area into a Midwest hotspot for film industry moguls, from actors and producers to writers and directors.
Back for its eighth year, the annual four-day event draws scores of visitors. From buffs to scholars to industry hopefuls, they come to BIFF for screenings of hard-to-find independent feature, documentary, animated and short films – this year 130 – as well as the opportunity to talk to the creators behind some of those films.
This year’s Honorary Chair is David Zucker, a Milwaukee native whose successful Hollywood career began in 1972, with the zany Kentucky Fried Movie. Since then, he’s produced hits that include Airplane, BASEketball, A Walk in the Clouds and Phone Booth. Two of his films, The Naked Gun and Ruthless People, will be screened during the festival, with Zucker on hand to introduce the film and answer questions.
BIFF has grown since its start, both in reputation and scope. Each year, international and national filmmakers clamor to have their works screened at BIFF, largely due to the responsive audiences and the amount of community involvement and support. BIFF utilizes several film venues throughout Beloit, among them The Eclipse Center; Bushel & Peck’s Local Market; Bagels & More; La Casa Grande Mexican Restaurant; Domenico’s Italian Restaurant; both Beloit College’s Wilson Theatre and the Hendricks Center for the Arts; and the Beloit Public Library, where children’s films will be screened.
Janesville venues have taken part in BIFF since 2011. This year, BIFF crosses the state lin, as two Rockford businesses, Franchesco’s Ristorante and Katie’s Cup, will serve as screening venues during the festival.
Screenings begin at noon on Thursday, with the “Launch & Laurels” party at 5 p.m., where 2013 award winners receive their coveted Biffies. Films are screened daily throughout the weekend, at various times and locations. Special events include Kids @ BIFF, an introduction to understanding films; Family Day @ BIFF, with free children’s movies at Beloit Public Library; Student Filmmakers, the culmination of a series of four film workshops for teens held over the past year; and new this year, BIFF + MUSIC, featuring 18 bands playing in three venues over two nights.
On Saturday, the Silent Film Showcase screens a classic as the Beloit Janesville Symphony provides the live musical soundtrack. This year, it’s Speedy, starring Harold Lloyd. The event begins at 6 p.m. with a reception and silent auction, and the film starts at 7:30 p.m.
Tickets are sold at the BIFF Box Office, located at Visit Beloit, 500 Public St., Beloit, and may be purchased ahead of time or at the door. (Be aware: “At the Door” is cash only, and screenings are often sold out.) Online purchases at beloitfilmfest.org can be made up to an hour before a screening; a fee is charged for online sales.
Patrons may park on the street or in city lots, with continuous free shuttle service provided to each Beloit venue and the box office. Concessions are offered at several screening locations, and full menu service is available at many of the restaurant venues.
For more information, visit the BIFF website. “Like” BIFF on Facebook, and stay up-to-the-minute on all festival developments.