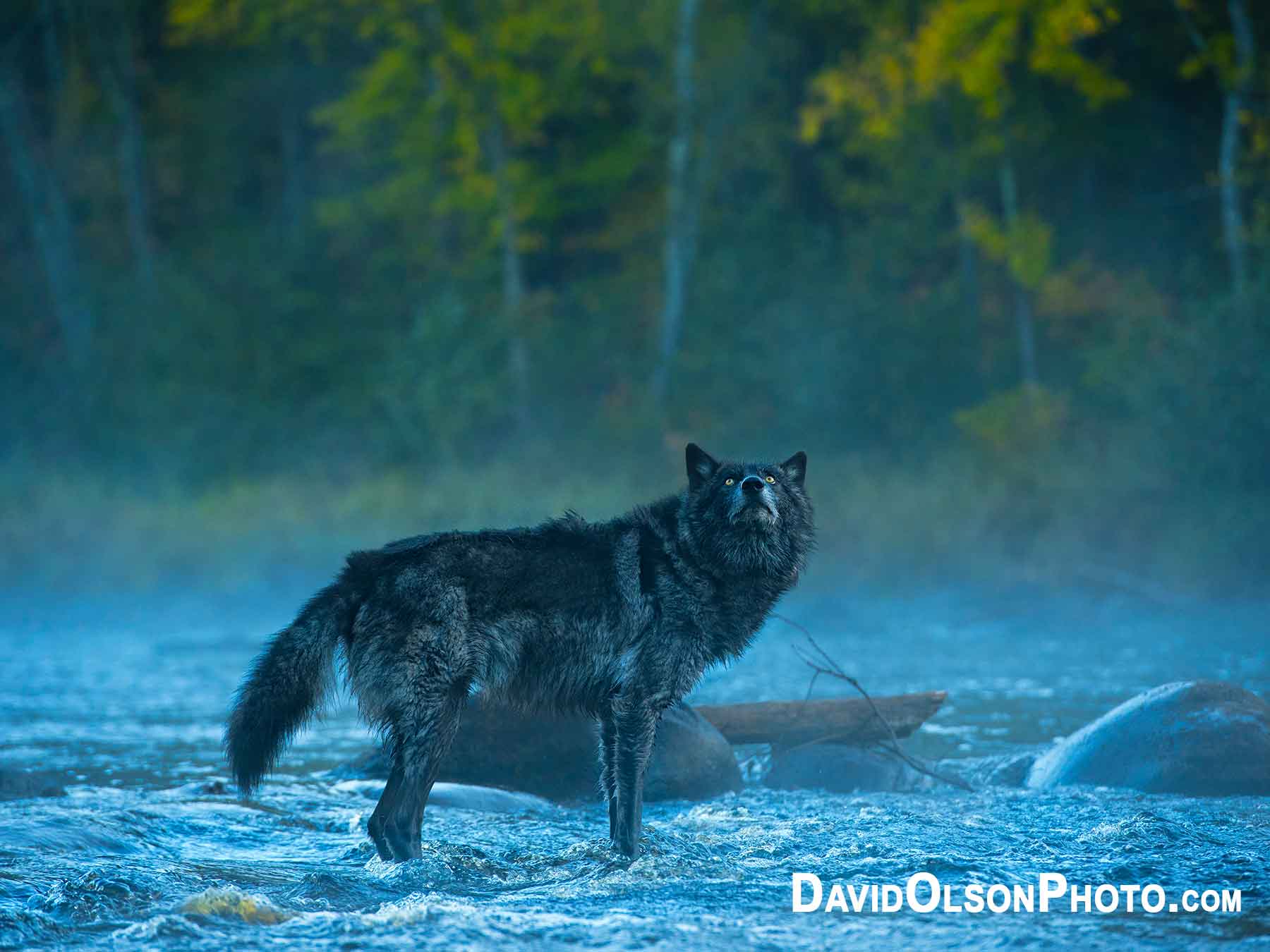 From its start in the Driftless Area of Wisconsin to its connection with the Rock River near Rockton, Ill., the muddy Pec offers sanctuary to unique wildlife. Jim Johannsen looks at the features that distinguish this river.


In the 1800s, the land that lay between Chicago and Galena was largely a mystery to people. The lead mining industry was booming in Galena, Chicago had been established as a critical trading hub to the east, and the trade route that linked the two cities was a long, hard journey through a vast wilderness of rivers, prairies and forests. The Pecatonica River valley was one of the last places to be settled in the Old Northwest Territory.

“The Pecatonica River is incredible,” says Greg Keilback, a biologist with the Winnebago County Forest Preserve District who recently completed a survey of amphibians along the river in Winnebago County. Among his finds were leopard frogs, chorus frogs, spring peepers, toads and spotted salamanders. “The protected lands along the Pecatonica contain the richest wildlife habitats in the region,” he says. “It’s an incredible resource for wildlife and flora.”
“The Pec,” as locals call it, began forming several million years ago when glaciers inched their way across southwest Wisconsin and northern Illinois, leaving melt waters that carved a region of broad, open-ridge tops, deep valleys and steep, wooded slopes. Another batch of glaciers traveled across the Pecatonica River’s watershed some 200,000 years ago, smoothing northern Illinois into a region of softly rolling hills later covered by prairies.
Bending here, winding there, the “Crooked River,” as some have nicknamed it, nearly doubles back on itself in places, stretching 194 miles across five counties in two states. Its headwaters are nestled in the hills of Iowa County, in the Southwest Savanna region of Wisconsin. The two branches flow south, meeting just north of the state line before continuing south to Freeport. Here, the river cuts east and wanders through the Rock River Hill Country of northern Illinois. The Pecatonica receives the waters of the Sugar River near Shirland, before emptying its own waters into the Rock River in Rockton.
The Yellowstone River, a tributary of the East Branch Pecatonica River, has its headwaters at Yellowstone Lake State Wildlife Area near Argyle, Wis. There, park visitors can explore a 4,000-acre natural area containing grasslands, oak woods and savannas. The grassland areas along the upper regions of the river are home to many rare grassland bird species like meadowlarks, bobolinks, vesper and grasshopper sparrows, dickcissels and upland sandpipers, whose populations are declining worldwide.
Pecatonica River Woods State Natural Area helps to preserve water quality and wildlife along the West Branch Pecatonica River. This preserve, located near Mineral Point, Wis., is open to the public for hiking, fishing, wildlife viewing and hunting. It’s also is home to the endangered wildflower called “fire pink,” a plant so rare that it’s not reported to grow anywhere else in Wisconsin.
The word “Pecatonica” comes from the American Indian words “pekaa” and “niba.” The exact meaning is disputed, but the three most likely translations are “slow water,” “muddy water” and “crooked water.”
The Pecatonica valley was occupied by the Sauk and Fox peoples at the time of European settlement. Several archeological sites have been discovered near the confluence of the Pecatonica and Rock rivers.
Mark Keister, a lifelong conservationist, owns about 10 acres of land along the bottomland forests of the river. The burial site of a Sauk man was discovered on Keister’s property several years ago.
“It always gives me pleasure to know that we have that link to the past,” says Keister. By the year 1835, all the Sauk and Fox peoples had been moved west of the Mississippi River.

Richard Benning, a lifelong resident of the Pecatonica River valley, has been paddling the river since he was a teen.
“Lots of people don’t like the Pecatonica River because it’s so muddy,” says Benning. The Pec is sometimes referred to as “the fertile valley” because of its rich, black soil. Topsoil from the many farms of the region erodes into the river every year, making the waters a rich chocolate color. The river is a popular destination for paddlers, but many recreationalists are put off by the muddy conditions. Benning remembers times when he stepped out of his boat and sank up to his knees in mud.
“I’ve canoed the upper East Branch as high as you can go, before it gets too shallow,” he says. Public access is plentiful in Winnebago County, with canoe launches at Sumner Park, Pecatonica River Forest Preserve, Trask Bridge Forest Preserve, Two Rivers Forest Preserve and Macktown Forest Preserve. The paddle from Pecatonica River Forest Preserve to Trask Bridge Forest Preserve is one of Benning’s favorites.
“It feels so secluded,” says Benning. He explains that this is a good place for novice paddlers to hone their skills. The river is generally wide and has few obstacles, but there are plenty of sharp bends to challenge a paddler’s steering skills.
“There’ve been times when I canoed and I never saw another person the whole trip,” says Keister.
As a general rule, few gas-powered boats are found on the river. The ones that are present are typically fishing boats with small motors. Jet skis can sometimes be found on the lower part of the river near Two Rivers Forest Preserve.
Boat access is somewhat more limited in Stephenson County, where several private and a few public landings are available. The Friends of the Pecatonica River Foundation is working to establish more public access sites along the river, and the current list may be found at www.pecriver.org.

Like many Midwestern rivers, the Pecatonica suffered many years of abuse and pollution before environmental protection laws were enacted in the 1960s and ’70s. A Freeport battery factory was a major polluter, degrading water quality and killing off thousands of fish and other wildlife.
The river once contained as many as five dams, only two of which remain. “Dams inhibit the breeding of aquatic species,” says Keister. “We need to improve the river and its tributaries so the migration routes of fish aren’t blocked.”


Yellow Creek, a stream that empties into the Pecatonica River near Freeport, is classified by state scientists as a Biologically Significant Stream and is an important reproductive area for aquatic wildlife. The Yellow Creek Watershed Partnership was founded to ensure that this stream remains a haven for wildlife.
Siltation and agricultural runoff remain the biggest threats to the ecological integrity of the Pecatonica River. Thousands of pounds of topsoil are washed into the river each year from nearby farmlands. Many responsible landowners have begun to leave buffer strips along the river’s edges and tributaries, to minimize erosion.
“Farmers tend to think that they need to get the water off the land as quickly as possible,” explains Keister. Many of the streams and creeks that feed the Pecatonica River have been straightened and channelized to speed up the drainage process during times of heavy precipitation. The result is increased erosion.
Floods are not uncommon to the Pecatonica River valley. Landowners are typically restricted from building right along the river’s edge because of the risk of flood. About once every 10 years, the Pec overtakes its banks and spreads out over the low, flat bottomlands, depositing silt and nutrients into the natural areas and destroying thousands of acres of crops. The many marshes, streams and ponds near the river help to absorb the excess water during times of flooding.
“If the Pecatonica River had a mascot, it would be the sandhill crane,” says Benning. These large, water-loving birds stop at the river’s many marshes and ponds as they migrate from the southern U.S. and Mexico to Wisconsin and Canada every year. With a wingspan of nearly seven feet and bright red foreheads, these birds are hard to miss, if you know where and when to look.
“You have a great chance of seeing or hearing them on on almost any part of the Pec,” says Benning.
The Pec is popular with fishermen. Channel catfish and carp, even northern pike and other prized sport fish often are caught along its lower watershed. Fifteen-year-old Nick Tassoni landed a 14.75-pound walleye in January 2012, breaking a 50-year record for walleye on this river, only to have his broken two months later by Jim Zimmerman, who brought in a 15.06-pounder on the same stretch of river.
Winnebago County contains several thousand acres of protected land along the river’s banks. The Natural land Institute (NLI) of Rockford acquired 212 acres adjacent to Pecatonica River Forest Preserve and the Torstenson Family Youth Conservation Education Center.
“We’ve been working to protect this natural area since it was identified as one of the last remnants of the original bottomland forest in the Pecatonica River valley in 1976,” says Jerry Paulson, executive director of NLI. “The marshes, oxbow lakes and bottomland forest that comprise the preserve offer some of the best wild bird habitat in the county.”

Local birders and naturalists have identified this region as one of the most biologically diverse in the Pecatonica River valley. More than 100 species of birds have been spotted in the Pecatonica Bottoms, including four listed as endangered or threatened.
The tiny, sky-blue cerulean warbler is just 4 inches long and weighs one-third of an ounce. It migrates from the boreal forests of South America to the broadleaf forests of North America every year to nest and breed. Cerulean warblers need large, unbroken tracts of forest to raise their young. The forests along the Pecatonica River are one of the few places where these tiny birds can be found.
Diverse plant life thrives here, too. In the springtime, the forest floor is blanketed with Virginia bluebells, prairie trillium and blue-eyed Marys.
“I love how the river changes,” says Benning. “You can paddle it one week, and it may look and feel completely different two weeks later.”
“Ever since I was a kid, I’ve been fascinated by the river bottoms,” says Keister, who typically spends his weekends living in a teepee on his property. He chose teepee living over building a house because he wanted to impact the river’s natural character as little as possible.
“I love the sounds – the constant call of birds, wind, insects,” he says. “I see bald eagles, sandhill cranes. I see pelicans regularly. It’s a sanctuary. It’s where I’m happiest.”