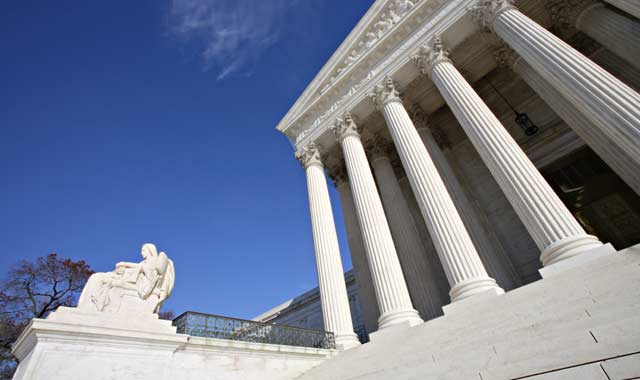 Our region is filled with plenty of exciting destinations. Here are a few that remain practically in our own backyards.

Starved Rock Lodge: This No. 1 Attraction Rocks All Summer Long

BY JESSICA MAYO, MARKETING INTERN, STARVED ROCK LODGE
Summer is the perfect time for new adventures, and guests at Starved Rock Lodge, in Utica Ill., are enjoying a summer full of adventure.
In the past few months, the Lodge has welcomed new venues and products, while celebrating a big honor. The park has been named Illinois’ No. 1 Fan Favorite Attraction by the Illinois Office of Tourism’s Facebook Fans. At the same time, the Lodge has also launched a brand new website, filled with beautiful photographs and easy-to-find information.
Guests are discovering the new homemade artisan ice cream that launched earlier this spring, and now they’ll find that the Lodge has added Starved Rock Bubbly to its beverage variety. This frizzante wine is made exclusively for the Lodge and is a smooth blend of Golden Muscat and Seyval Blanc grapes, grown along the banks of the scenic Illinois River. Starved Rock Bubbly is perfect for weddings and other special occasions, and will be featured at the Vintage Illinois Wine Festival, the largest celebration of our local wines, slated this year for Sept. 15 and 16.
Also new to Starved Rock is the Fox Ridge outdoor classroom. Nestled among the pines across from the Lodge entrance, it’s used for educational, family-friendly fun. So far, guests have been entertained with falconry programs, storytelling events and a drum circle. Also at Fox Ridge, a historic Peter Schuttler chuck wagon will be the centerpiece for Chuck Wagon Dinners.
Just as new things begin, so traditions carry on.
The Back Door Lounge and Veranda still hosts new and exciting entertainment every weekend. Like the menu at this outdoor eatery, musical guests are always changing, in an effort to maintain a fresh appeal. Guests want variety and the Lodge is giving them just that. Starved Rock continues to host the Texaco Country showdown, now in its 12th year, hosted on the Veranda Tuesday nights until July 24.
Looking ahead, Oktoberfest and Leinenkugel Dinners arrive this fall, always a lot of fun. For these special events, ice cream flavors will include pumpkin and apple spice.
As the lodge prepares to celebrate its 75th anniversary in 2014, the quest to blend old with new carries on.

Christopher Columbus is said to have described Jamaica as “the fairest isle mine eyes ever beheld,” and the island has been delighting visitors ever since. Now, Chicago Rockford International Airport has begun weekly direct flight service to Donald Sangster International Airport (MBJ) in Montego Bay. The first flight will depart Jan. 28, 2013, and will run through April 1, 2013.
The Jamaican flight is offered through Apple Vacations, which also offers service to Cancun and Punta Cana, Mexico, from Rockford.
“We’re very appreciative of our long-standing strong partnership with Apple Vacations and are excited to see their presence and services at RFD grow,” says Greater Rockford Airport Authority Chairman Bharat Puri. “This new service continues RFD expansion of offering top leisure destinations, both domestic and international. We’ve seen a great deal of positive momentum for our passenger operations and this new service builds upon that.”
This year, RFD has been reporting its busiest months ever. Its first quarter passenger traffic in 2012 was up 14 percent year over year.
Apple’s flight to Jamaica takes just over four hours and is direct, unlike most commercial airline flights, which stop at points along the East Coast. United States citizens need a passport for entry, but not a visa.
The Commonwealth of Jamaica is roughly the size of Connecticut and is the third-largest among thousands of islands in the Caribbean Sea. It’s located about 90 miles south of Cuba and 120 miles west of Hispaniola (the island of Haiti and the Dominican Republic.) Called “Santiago” when it was ruled by Spain, and renamed “Jamaica” when England claimed it as a colony in 1655, the nation achieved full independence from Britain in 1962 and is governed by a parliamentary democracy and constitutional monarchy. Queen Elizabeth II is recognized as the Jamaican monarch.
With a population approaching 3 million, Jamaica is the third-largest English-speaking country in the Americas, after the United States and Canada. Nearly 2 million tourists from around the world visit Jamaica each year.
The island’s north coast is the main attraction, including Montego Bay, known best for its beaches, restaurants and fun nightclubs; Negril, with its white and powdery 7-Mile Beach and flat stretches of turquoise sea; Ocho Rios, home to spectacular waterfalls, beaches and Spanish Colonial influence; and Port Antonio, a lesser-traveled region dedicated to ecotourism and filled with hidden waterfalls, caves and secluded lagoons. Kingston is the country’s capital and commercial center.
Resorts range from simple to posh, with familiar names like Sandals, Iberostar, Hilton and Ritz-Carlton interspersed among celebrity favorites like Blue Lagoon Villas, where each villa offers its own chef, housekeeper and butler; or Strawberry Hill, with Georgian-style cottages located high in the Blue Mountain.Although many tourists sequester themselves within elegant beachside resorts, enjoying water sports, pool parties and relaxation, there are plenty of first-rate attractions for those who want to get to know Jamaica. Climb the terraces surrounding spectacular Dunns River Falls near Ocho Rios, swim with dolphins, tour a plantation or botanic garden, view the jungle from a zip line above the tree canopy or an ATV below it, go river rafting, or splash along frothy ocean waves on horseback.
Historic sites abound, too, from the house once owned by English playwright Noel Coward to the 18th century Appleton Estate rum distillery or Nine Miles, the birthplace of singer Bob Marley. And in Montego Bay, visit famous Rosehall Great House, the inspiration behind at least a dozen Gothic novels, including H.G. de Lisser’s White Witch of Rose Hall.
Jamaica’s rainy season is May to October; temperatures average 77 to 86 degrees year-round.
The lively Jamaican culture reflects a melting pot ancestry from Africa, Europe and Asia. Fertile ground, an ideal climate and the Caribbean Sea produce rich coffees, seafoods and tropical bounty like yams, coconuts, bananas, mangoes and sugar cane. Augmented by sauces and jerk recipes that are mimicked around the world, Jamaican food is savored in gourmet restaurants and humble eateries alike. And don’t forget the rum or Red Stripe beer.
To learn more about booking a flight from Rockford to Jamaica, go to FlyRFD.com or AppleVacations.com.