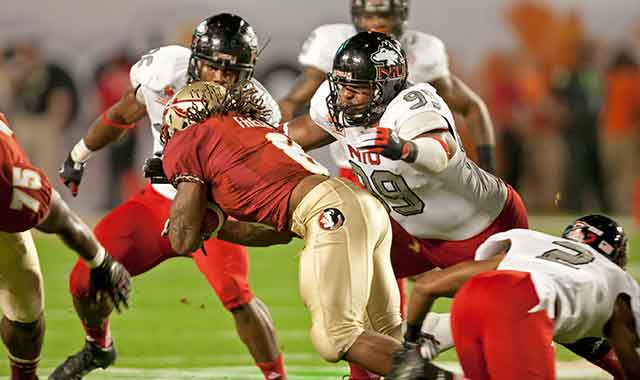 If there’s one thing we do really well in our region, it’s county fairs. Paul Anthony Arco and Rebecca O’Malley set off for the Boone County Fair to see why fans and participants keep coming back year after year.


There’s a familiar adage that folks throughout Boone County like to use when talking about their widely popular county fair: It’s not, “Did you go to the fair,” but “How many times did you go to the fair?”
Dale Muck can relate. His family eats, breathes and sleeps the Boone County Fair.
The Caledonia, Ill., farmer started showing beef cattle at the fair when he was 10. After long, hot days of tending to his animals, Muck and his buddies would curl up in the stalls for some much-needed shuteye.
These days, Muck sticks to sleeping at home, but not before putting in 15-hour days at the fair. It’s a family affair for Muck, wife Suzette and their three daughters. Not only do they show their cattle, but they also enter vegetables and photography in contests. Muck’s siblings and their children also get involved, showing horses and sheep, volunteering for various organizations and competing in demolition derbies.
Like county fairs all over the region, the Boone County Fair is highly anticipated by its fans. It’s a festive atmosphere where, for six days a year, adults become kids again, children live on elephant ears and carnival rides, and young and old unite for beauty pageants, hog calls, tractor pulls, concerts and games on the midway.
“It’s the community happening,” Muck says. “It’s the big finale before summer ends and kids go back to school.”
“It’s a big deal,” says Tom Ratcliffe, a volunteer director of the Boone County Fair Board, who was born into the fair. His parents, John and Francis, were fair volunteers dating back to the 1950s, and his brother Jack is current vice president of the board.
“There are cows, horses, chickens, rabbits, as well as non-livestock items like cakes, photography and quilts,” says Ratcliffe. “There are carnival rides and the food. There are so many different aspects to this fair.”

The Boone County Fair started in 1855 at Big Thunder Park in Belvidere, and moved to Belvidere’s Spencer Park, along the Kishwaukee River, 12 years later. If not for an interruption caused by the Civil War, it would qualify as one of the oldest, continuous county fairs in Illinois.
Owned and operated by the Granges of Boone County, the fair moved to Boone County Fairgrounds in 1963. Before that move, a group of local volunteers visited four Indiana fairs to come up with a design for the 83-acre Boone fairground. Now 152 acres large, it has spaces dedicated to carnival, livestock, concession and grandstand/track activities.
Located in front of the property, on the corner of U.S. Business 20 and Fairgrounds Road in Belvidere, is “The Babysitter,” a bronze statue of a draft horse with her foal; a little boy wearing a straw hat and overalls sits on the mare’s back. The statue was donated last year and celebrates Boone County’s commitment to agriculture. “The fair is an educational event for urbanites and rural America,” says Lyle Lee, fair president.
Of the 104 county fairs in Illinois, Boone’s is one of the best-attended, say local officials, averaging 190,000 to 200,000 visitors annually. A record for attendance was set three years ago, when more than 209,000 patrons passed through the turnstiles.
Each year, more than 3,500 animals are shown, including horses, ponies, hogs, beef, sheep, rabbits, goats and chickens. Last year, Jerry and “Horse Lady” Mary Maker, along with daughter Jessica, brought six Belgium horses from their Strawberry Point, Iowa, home to show at the Boone County Fair. It was a first visit to Belvidere for the Makers, who signed up after another fair was rescheduled. The family shows draft horses at eight Midwest fairs each summer.
“It was well organized, the competition was tough, the facilities were really good, and the food was great,” says Mary. “The fair board and the staff go above and beyond to make us feel welcomed. We’ll be back.”
The fair also features 6,000 non-livestock entries, fruits, vegetables, flowers, sweets and artwork, all vying for top-ribbon finishes. Some 500 commercial exhibits from area vendors sell everything from Hawaiian shirts to hot tubs and snow blowers.

If carnival games are your thing, you’re in luck. People of all ages spend hours on the midway, competing for goldfish or stuffed animals, by tossing pingpong balls, shooting baskets or knocking down milk bottles. And what would a fair be without the Ferris wheel, funhouse and other contraptions that spin, twirl and bounce guests all day long?
There are rows and rows of vendors selling delicious food, and irresistible aromas pull patrons in all directions. Pizza, corn dogs, shish kabobs, roasted ears of corn and handmade ice cream beckon. Just don’t look for alcohol, because there isn’t any, which is one more reason for this fair’s popularity.
“We cater to families,” Jack Ratcliffe says. “Parents can push their children in strollers all day long and feel safe.”
Visitors flock to Belvidere from near and far. Two years ago, a family of four trekked from Japan, just to visit the fair. Some families plan their summer vacations around it. Neighbors and families reunite at the fair and new relationships are formed. A handful of couples have gotten hitched here, including one brave couple who said “I do” during a tractor pull. And memorial benches, stationed around the grounds, are available for purchase to honor loved ones.
“Ever since I’ve been around, everyone I know goes to the fair, whether they live in the country or in town,” Muck says. “I see almost everyone I know. A lot of people who move away come back to town just to visit the fair, to see people they haven’t seen for years.”
Due to military obligations, board president Lyle Lee has missed two fairs – the only two missed since he was 4 years old. He’s served on the board for two decades. As president for the past two years, he oversees the 34-member board and 30 planning committees. Fair week requires the helping hands of more than 1,000 volunteers from area schools, scout troops and civic groups, who pitch in to sell tickets, prepare baked potatoes and everything in between. Planning for next year’s fair starts the day after this one ends.
“The payoff is seeing the happiness that it generates,” Lee says. “Nothing beats the smiles on the children’s faces.” Daily admission is $6; season passes are $20; children under 10 are free.
The Boone County Fair kicks off on Tuesday night, with a queen pageant that packs the grandstands. Old-timers still reminisce about 1969 pageant winner Judi Ford, who was crowned Miss America later that year. Two years ago, Muck’s oldest daughter, Savannah Peters, won the crown, which, her father jokes, excused her from helping the family to show cattle the remainder of the week.

Plenty to See and Do

About 84 acts perform throughout the week, from musicians to animals and clowns. Much of the entertainment is free, including Kid Fiddlers, Mr. D’s House of Magic on Wheels, the Wambold’s Amazing Animals, Dale Jones, the one-armed juggler and the Banana Derby dog-riding monkey jockeys. The main entertainer is always a country musical act; this year’s headliner is Rodney Atkins.
Of interest in the Entertainment Building are mother/daughter and father/son look-alike contests, karate demonstrations, lip sync and karaoke competitions.
There’s always something new at the fair. This year, it’s ATV racing; last year, it was a high school marching band competition.
“It’s a challenge to find new things that are as good as or better than what we’ve had in the past,” Jack Ratcliffe says. “Like our professional bull riding on Friday, which continues in popularity. The demolition derby, always popular over the years, closes out the fair on Sunday night.”
Fair officials also trot out some unusual entertainment. Over the years, the lineup has included an air show, ostrich harness racing and a piano player accompanied by a sizeable lion, which, it turns out, wasn’t attached to his leash.
“The lion reached up and knocked the piano player right off his stool,” says Jack, who was standing 10 feet from the stage at the time. No one, including the piano player, was hurt. “I never ran so fast in my life.”
Last year, one of the more interesting acts was The Gooseman’s Dirty Dozen Puddle Jumpers. A dozen geese spent the week trailing behind their owner, “The Gooseman” Paul Messerschmidt. Decked out in NASCAR and cowboy costumes, the geese entertained patrons by consuming their favorite treats: Mountain Dew, M&M’s, Cheetos and cotton candy straight from the bag.
“They’re addicted to sugar,” says Messerschmidt, a Modale, Iowa, resident who, under doctor’s orders, started exercising with his web-footed friends as a way to lose weight. The Gooseman estimates that he and his honking crew strolled close to 1,000 miles at Midwest fairs last year.
The story of The Gooseman and his flock brings a generous smile to Ratcliffe’s face. “Many people told me this act would never work,” he says. “It turned out to be a huge hit.”
There’s rarely a dull moment at the Boone County Fair.