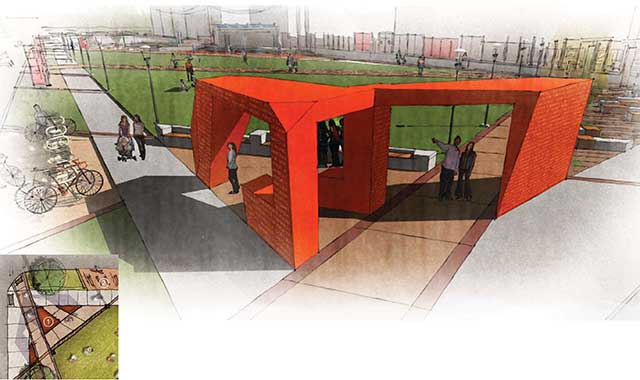 Comfort food is what it’s all about at MashUp, where standard fare is mac and cheese, chicken pot pies and other gourmet twists on our favorite dishes.


John Branyan jokes that he had more difficulty naming his new restaurant than any of his three children.
Last fall, he and business partner Kyle Vavra opened MashUp, 1641 N. Alpine Road, Rockford, in the space formerly occupied by Kiki B’s and A Moveable Feast, located at the Edgebrook shopping center.
The word “mashup” means blending two or more elements together, which fits perfectly the plan Branyan, also the chef, and Vavra, the general manager, envisioned for their new business.
“It’s a new take on comfort,” Branyan says. “It’s food you’ve tried before, but with a twist. I really wanted to bring something to this market that was completely different.”
Branyan has dreamed of owning a restaurant since graduating in 1992 from the Culinary Institute of America in Hyde Park, N.Y. He and Vavra had worked together at another local establishment before they decided to branch out on their own.
“This was an opportunity we couldn’t pass up,” says Branyan, who worked in New York and Chicago before moving to Rockford in 1996. “We have an excellent partnership. But owning a restaurant is tough. We’re working on this like it’s a 12-step program. One day at a time.”
The key to success starts with a menu that’s packed with variety and originality. MashUp is perhaps best known for its macaroni and cheese selections. There’s the signature mac, a cavatappi pasta loaded with Gouda, Muenster and two Cheddars; lobster mac, with Boursin sauce, fresh asparagus and corn; shrimp and andouille sausage mac; and roasted chicken and broccoli mac.
“Macaroni and cheese is something everyone grew up with,” Branyan says. “There’s so much freedom to play with different ingredients.” In fact, Thursdays are create-your-own macaroni and cheese nights.
If macaroni and cheese isn’t your thing, check out the appetizers, including the packed-with-flavor Buffiyaki wings – spiced buffalo-style teriyaki wings served with wasabi ginger aioli. There are traditional burgers, salads and wraps, and “TV dinners” – such as meatloaf stuffed with goat cheese and smoked bacon, mashed Yukon gold potatoes and roasted corn on the cob – served on TV dinner trays.
Daily specials include chicken and waffles doused with maple syrup, a favorite Southern dish.
Save room for a dessert, such as peach cobbler, an ice cream sampler or cotton candy of the moment. Prices range from $5 to $19 for most entrees. MashUp also offers off-site catering and a by-the-pound menu for side dishes, soups and prepared salads.
“All of our food is made from scratch,” Branyan says. “Everything we do is an amalgamation of past experiences, along with a lot of trial and error. We don’t buy any frozen products. We threw away the one microwave we had in the kitchen. We converted the freezer into a cooler. We’re true to our culinary principles.”
The dining room at MashUp holds 240 people, not including an outdoor patio with room for 45 more. Located in the rear of the restaurant is a spacious bar, great for unwinding after work, or for holding fundraising events that support local charities. MashUp also has private banquet rooms for rehearsal dinners, wedding showers and other special events.
“Our clientele are people who truly appreciate good food,” says Branyan.
MashUp is open 11 a.m. to 9 p.m. Monday through Thursday, and closes at 10 p.m. Friday and Saturday.
Tags: alpine burger chicken pot pies comfort food dining edgebrook home food kiki b's mac and cheese mashup paul anthony arco rockford summer 2012
Share on
Share on Facebook Share on Twitter Share on Pinterest Share on Email
Paul Arco July 26, 2012