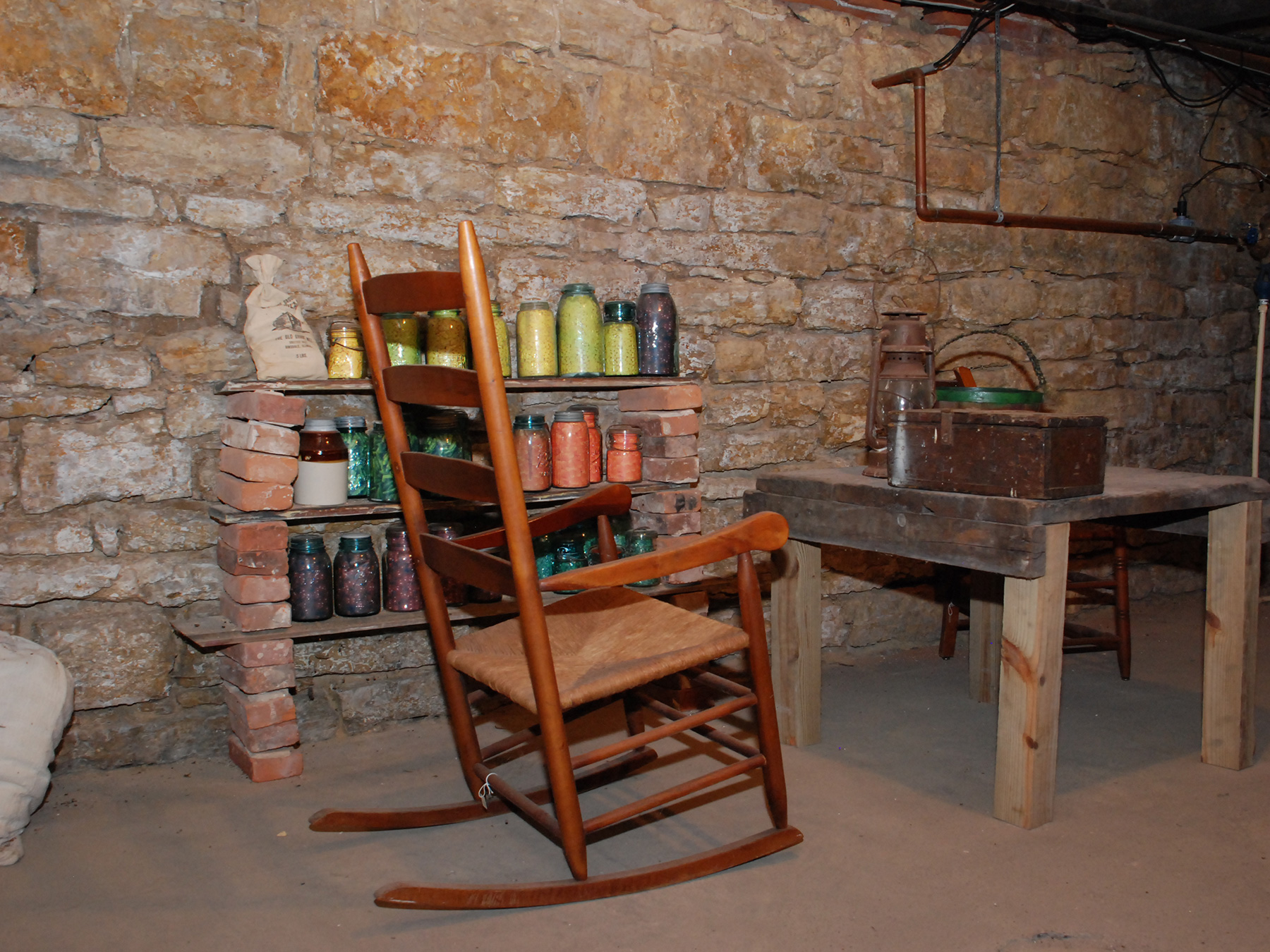 Local Ties to the Underground Railroad

When it comes to good summer fun, it’s hard to beat time spent at the ballgame. Step inside a day at Road Ranger Stadium, home of Rockford’s own minor-league baseball team.


Baseball is America’s pastime.
Nothing tops sitting in the ballpark on a warm summer day, watching your favorite baseball team, enjoying a hot dog or brat smothered in sauce, imbibing a favorite beverage.
You don’t have to be a die-hard fan to enjoy the allure of attending a game in person. The sport carries a certain charm that’s difficult to match. The crack of the bat, the scent of freshly roasted popcorn, the home plate umpire barking out balls and strikes, a brilliant summer sun setting slowly behind the outfield wall. It’s simply intoxicating.
Recently, Northwest Quarterly Magazine took in a Rockford RiverHawks game, to soak up the game-day atmosphere as the home team hosted the Windy City Thunderbolts. We roamed the 3,000-seat venue, talking to fans, players and behind-the-scenes staff, including the man responsible for food concessions, as well as a college student who’s in charge of game-day entertainment.
A majority of people we talked to enjoy the minor league baseball experience for its affordability and accessibility. Game tickets are less than $10, parking is $2 and food is reasonably priced. There are plenty of promotions during the four-month season, including 50-cent hot dog night, $1 beer night, kids-eat-free-on-Tuesday nights, fireworks and much more.
The RiverHawks play in the Frontier League, an independent baseball league in which the age limit for players is 27. Teams boast unusual names like the Lake Erie Crushers, Traverse City Beach Bums and the Washington Wild Things. Even the stadiums are oddly named: the Normal CornBelters, for example, play home games at The Corn Crib.
“This is more than baseball,” says RiverHawks president Bryan Wickline. “It’s about the experience, from the promotions to the concessions. Fans don’t remember the final score of most games, but they remember whether they had a good time.”
That was certainly the case on this night.

“Love is the most important thing in the world, but baseball is pretty good too.” Yogi Berra.

Seven years ago, Mike and Nicky Davis of Loves Park were bored and looking for something to do, when friends suggested a RiverHawks game.
“We fell in love,” says Mike.
The couple bought season tickets and never looked back. They attend nearly every home game, missing just five in seven seasons. Even their 8-year-old son, Trevin, is a big fan. He’s become friends with many of the current and former players, who still keep in touch. On occasion, Trevin has mingled with players in the clubhouse, and hung out with radio broadcasters in the press box.
“I would rather be here than at a major league game,” says Nicky. “The players are so nice. They talk to you and they sign autographs. It’s a great experience.”

“A hot dog at the ballpark is better than a steak at the Ritz.” Humphrey Bogart

John Ciarrachi has worked for the RiverHawks for the past 11 years. He’s the food and beverage director, responsible for every aspect of concessions, from hiring and training staff to executing how the products are prepared and served, and updating the menu. His plate is full; in addition to the RiverHawks, Ciarrachi consults with 10 other independent baseball teams, from Wisconsin to Texas.
Ciarrachi, whose bushy mustache had earned him the nickname Mr. Monopoly, works with a staff of 38 game-day employees, mostly high school and college-aged students, as well as retired adults. “It’s a great summer job for people looking to supplement their income,” he says.
Without question, an important part of the fan experience is the food. RiverHawks Stadium has the usual ballpark fare, including hot dogs, hamburgers and chicken sandwiches. But the staff tries to mix it up, offering specials like the Asian Pulled Pork sandwich – pulled pork and Asian slaw served on a bun. One of the fan favorites, however, is the cheese curds. “I live in Elmhurst,” Ciarrachi says. “One of my first questions was, “What’s a cheese curd?” He quickly found out.
For Ciarrachi, the hardest part of his job is anticipating the needs on any given day. “The challenge is how and what to order for that day,” he says. Guessing the crowd size and factoring in the weather can be tricky. “Discount beer night is fun, unless the temperature drops into the 50s during the game, which isn’t conducive to drinking beer and soda,” he says.
There are three teachers working on Ciarrachi’s staff, including Andy Lippert, a middle school English teacher. A devout White Sox fan, Lippert has fond memories of going to Comiskey Park in Chicago as a youngster, watching the beer vendors work the crowd. That’s what he wanted to do when he joined the RiverHawks nine years ago. “I love baseball,” he says. “Plus, I needed some extra money to help pay off my divorce.”
After school lets out each year, Lippert heads to the ballpark, quenching his thirst for baseball by selling beer. As the park’s only beer vendor, Lippert knows many fans by name.
“I treat them as our guests,” he says. “I try to be well-mannered, say please and thank you, and I have a sense of humor.” If a team is trailing by a large margin, for example, Lippert might ask the crowd if anyone can pitch. “I keep it clean,” he says, “and I don’t insult the teams or the umpires.”

“Be on time. Bust your butt. Play smart. And have some laughs along the way.” Whitey Herzog.

Joey Gradney is in his second year as a member of the RiverHawks’ pitching staff, after playing college baseball at Lewis University in Romeoville, Ill. It’s a different game, he says, from the one he played in college. “We didn’t play every day, and we always got Sundays off.”
RiverHawks players typically arrive at the stadium in early afternoon and get on the field by 3:30 p.m., for their pregame workout. They run, shag fly balls and take batting practice. “It’s a grind, especially if you’re not doing well at the plate or on the mound,” he says, “but we love being here every day.”
This year’s squad is exceptionally close. During free time, players head to dinner, take in a movie, play video games or just hang out. “Our clubhouse is our sanctuary,” Gradney says. “It’s good to be around guys who have the same interests. We’re all here for the same reasons. We work our butts off, trying to get to the next level.”
Some of the players have been affiliated with a major league team at some point during their careers. In the Frontier League, players make between $600 and $1,200 a month. It’s a stepping stone for most players, who are still hoping to catch the eye of a major league scout.
Rich Austin knows what his players are going through. The second-year manager played 10 years of pro ball. In three years as a RiverHawks player, Austin set two career and six single-season records, and was the first RiverHawks player to reach the Triple-A level. He was signed by the Kansas City Royals, played for Fortitudo Bologna of the Italian Baseball League and was part of a pennant winner his final year in Europe.
“You have to be a man to play this sport, but you have to have a little boy in you,” he says. “You have to prepare and work hard, but you need the passion and desire to have fun. Every player on this team is in the gym, putting in the work and doing the necessary things to accomplish that dream of getting to the majors.”

Nobody ever said, “Work ball.” They say, “Play ball! To me, that means having fun.” Willie Stargell.

Brad Sholes quit playing baseball after little league so he could concentrate on playing other sports, such as golf. But over time, he found his way back to baseball in a management role.
Sholes joined the RiverHawks organization as an intern in 2006, and moved his way up to general manager last year. He earned his undergraduate degree at Ripon College, in Wisconsin, and his master’s degree in sports management at Barry University, in Miami Shores, Fla. Sholes grew up in Owen, Wis., smack dab in the middle of Twins and Brewers country. Before Rockford, Sholes spent a year working with the PGA Tour’s Ford Championship and the NFL Quarterback Challenge.
As general manager, Sholes oversees the team’s five full-time employees, eight summer interns and a game-day staff of 50 people who handle everything, from selling tickets and greeting fans to working in the souvenir shop and the kids’ play area, located beyond the left field seats.
While many of the players have aspirations of moving on to the major leagues, Sholes is perfectly content giving the local community a successful baseball organization. “Rockford’s a great sports town,” he says. “It has a lot to offer and the fans are tremendous.”

“Baseball is only dull to dull minds.” Red Smith

Annetta Weatherford is the on-field promoter at RiverHawks games. A bubbly, petite woman wearing oversized sunglasses, Weatherford oversees all on-field activities during a game.
“My job is to keep people excited and into the game,” says Weatherford, a Rock Valley College student who also handles promotions at IceHogs games and works part-time at Maverick Media. “My job is pretty awesome.”
During a game, there are usually six on-field promotions, such as the rubber chicken toss, a sumo wrestling match and the ‘Are you smarter than a RiverHawk’ contest.
While sold-out games can be chaotic, Weatherford prefers interacting with smaller crowds. “The environment determines whether the game is fun or not,” she says. “You can watch baseball anywhere, but the promotions help make fans feel like a part of the experience. A baseball game is a great place to meet new people.”

“The saddest day of the year is the day baseball season ends.” Tommy Lasorda

Matthew Simpson was determined not to let another season go by without attending a RiverHawks game. On this night, Simpson makes his way through the front gate midway through the first inning. It’s the first time the Rockford native has ever attended a professional baseball game.
As a business development specialist for the Rockford Area Economic Development Council, Simpson knows how important sporting events are to the local economy. “People come together to celebrate a sport like baseball,” Simpson says. “It makes a community feel good.”
Simpson is accompanied by his three-year-old niece, Nikyia, who’s also attending her first game. Nikyia is all smiles as she hangs on tightly to her uncle’s leg. “We’re here for the atmosphere,” Simpson says. “We came for the food, some souvenirs, and maybe to catch a foul ball.”
That’s the beauty of baseball. A day at the ballpark holds the promise that dreams can come true.