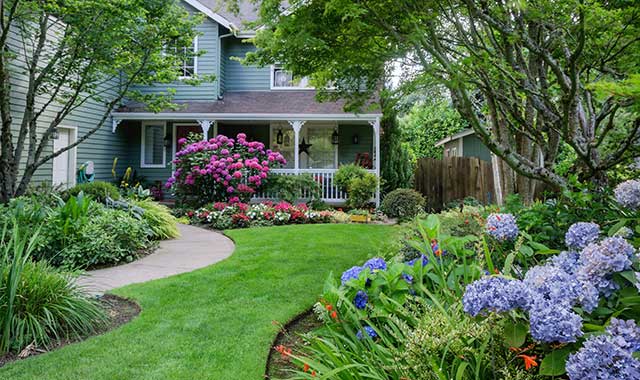 Make the Most of Your Outdoor Spaces

This fun-loving TV news personality enjoys Oprah Winfrey’s show, animals and adventures. See what this busy young journalist is up to next.


Jeannie Hayes describes herself as a “big little kid.”
It could be the pink sunglasses she wears. Or maybe the leopard-print extensions she applies to her hair. Or the fact that she still cuddles up on the couch to watch episodes of SpongeBob SquarePants. She even admits to shopping faithfully on eBay for colorful outfits that cost a mere $5.
“I’m like a 12-year-old masquerading as an adult,” says the 13 WREX producer, reporter and anchor. “I love to play games and joke around. If I have to say something that makes me look a little stupid, but the trade-off is a laugh, I’ll do it every time. I love to make people smile.”
On camera, Hayes is known for a pleasant and easy-going manner. But away from the lights, her bubbly personality shines through, thanks, in part, to a zest for embracing each day. “I love discovering new things and meeting new people,” she says. “I definitely have a passion for life.”
At 13 WREX, Hayes is a news producer and anchors 13 Cares, a community affairs program which airs Sunday mornings. This summer, Hayes will return to the anchor desk, where she will host the noon news.
“Whether I’m in front of the camera or behind the camera, I want viewers to come away better informed,” she says. “I don’t just want to entertain people, but help them to improve their own lives. I love the idea of learning from television.”
Hayes grew up in Shreveport, La., a city she remains fond of, and not just for the culture. “I’m always cold,” she says. “I crave the summer and never had problems with humidity.”
When she was 12, her Midwest native parents moved to South Bend, Ind. Her father, Phil, is president of a bus manufacturing company, and her mom, Claire, is a busy community volunteer. Hayes is the eldest of three daughters. Her sister Lisa is involved with philanthropic work and is currently on a mission trip to Peru. Her sister Kristen Nolan, a pharmacist, lives in South Bend, with her husband and six-month-old daughter, Tess.
“I’m definitely a doting aunt,” Hayes says.
Hayes loves animals. One of her favorite memories is a story that she covered with former 13 News anchor Dani Maxwell, about the Beluga Encounter at the Shedd Aquarium in Chicago. “That was one of the best days of my life,” she says. Hayes says she’s had more pets than she can count, including dogs, mice, a turtle, a hamster named Bacon Bit and a rat whose moniker was Pumpkin.
“People have a misperception about rats,” she says. “Pumpkin was one of the best pets I’ve ever had. She even came to me when I called out to her.”
Growing up, Hayes was certain that she wanted to be a veterinarian, but her participation in a 4-H mentoring program put an end to that dream. She couldn’t stand the sight of blood. “I had a career crisis at age 13,” she says.
Then one day she was watching an episode of the Mary Tyler Moore Show. Mary Richards was upset to learn that she had to produce a newscast alone until her boss, Mr. Grant, calmed her down. Watching that show was a watershed moment for Hayes, who decided right then that broadcast news was in her future. She eventually wrote actor Ed Asner, who played Mr. Grant, a letter of thanks, to which he responded.

“It’s funny how a simple, random event can change your life,” she says. “Who knows what I would have been doing if I hadn’t been watching Nick at Nite.”
Her other major influence is the queen of daytime talk, Oprah Winfrey. At 15, Hayes wrote a letter to Winfrey’s show, begging for a chance to attend a taping in person. She was too young, but finally got her wish at 17. On her 18th birthday, Hayes and her mother were again in the audience, when Hayes finally met Winfrey, who greeted the young fan with birthday wishes.
“It was a life-changing moment,” Hayes says. “What I always loved about Oprah’s show was that it made me think about things in ways I never thought of before. Every day, I learned something from watching people tell their stories. Oprah gets people to share and to be so honest about things. She seems like the type of friend you wished you had.”
In 2005, Hayes became the fifth generation of her family to graduate from Marquette University in Milwaukee. Following graduation, she joined WREX. As a producer, Hayes is responsible for planning, organizing and executing various newscasts. She determines content and story placement, writes copy, edits video and works with staff to make sure that each segment is delivered on time.
“Anyone who knows me knows I’m not organized,” she says. “But somehow it works. I really like producing. Being an anchor myself makes me a much better producer. I know what anchors need during their newscasts.”
Last year, Hayes had two roles in a locally produced horror film called “Raymond Did It.” She was an extra in one scene and lent her voice in an off-screen role as a radio broadcaster. Fitting, since Hayes recently joined Maverick Media, as co-host of the B103 morning show with Sean Henry. She wakes up at 5 a.m. to be on the radio, before arriving at 13 early in the afternoon to prepare news. Radio has given Hayes a chance to unwind and relax. “What’s fun is you can totally be yourself,” she says. “You can be weird, tell stories or just joke around. And I feel like I’ve gotten better telling stories on TV because of radio.”
Besides work, Hayes has various hobbies that keep her busy. For starters, she loves to dance. She began lessons at age four, and eventually started private tap lessons. “I have constant tap rhythms in my head,” she says. “I’m always tapping under the table. It’s my favorite talent but I can’t really show anyone. It’s hard to break into tap at a party.”
At Penn High School in Mishawaka, Ind., Hayes played flute in the 300-member marching band, which performed in a Disney World parade and the Rose Bowl Parade in Pasadena, Calif. More recently, Hayes dressed as a zombie and participated in Thrill the World, an annual worldwide simultaneous dance of Michael Jackson’s Thriller. Each event raises money for local charities. “I love performing for people,” she says.
As if that’s not enough, Hayes recently finished writing two children’s books and is actively seeking a publisher.
“Life is more fun when you try new things,” she says. “You have to diversify. My goal always is to try things that I will remember forever.”
For Hayes, half the fun is figuring out what comes next. ❚
Tags: anchor b103 jeannie hayes news paul anthony arco paul arco producer reporter rockford television wrex wrex-13
Share on
Share on Facebook Share on Twitter Share on Pinterest Share on Email
Paul Arco May 24, 2012