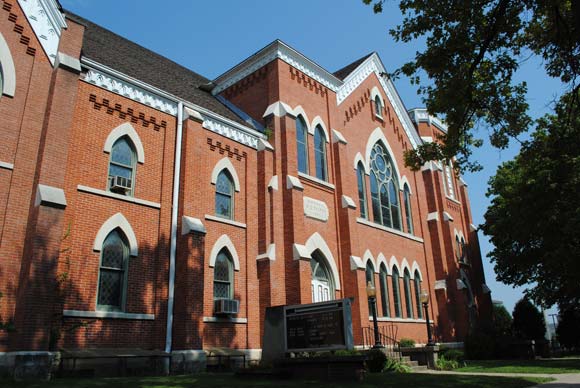 “The smallest seed of faith is better than the largest fruit of happiness.”
–Henry David Thoreau

When this church was founded, the settlement was actually called Waterloo, named for an early hayfield battle between groups of farmers. But Wisconsin already had a Waterloo, so residents renamed to reflect the area’s geological make-up, combining the French words for lime, shaux (pronounced sho) and stone, piere.
Services were held in an old frame schoolhouse, just a mile or so from where the church now stands, atop a hill overlooking a pretty valley. By 1848, the original 13 members had grown to 45; in 1850, the congregation voted to build a church.
Land was donated by John and Sarah Hopkins, part of the founding group. A cornerstone was laid and four walls were erected, made of locally quarried limestone.
Construction stalled in 1852, so a deal was struck with the local school district: School would be held at the unfinished church, and the district would pay for its completion. Finally, in 1867, the addition of a square wooden bell tower, topped with an octagonal-shaped belfry, was the crowning finish. A bell was donated later that year.
In 1858, a portion of the congregation left to start the Clinton Congregational Church, but in ensuing years, membership remained steady. More than 60 pastors have served the church in its 168-year history. Improvements include a chapel, a kitchen and basement with bathrooms, along with periodic refurbishments. The building was added to the National Register of Historic Places in 1976.
Today’s membership is led by The Rev. Ed Greenfield. Sunday services are held at 10:30 a.m., with Sunday School for all ages at 9 a.m. ❚

The first Catholic Mass in Freeport was held in the upstairs of the Thomas Eagan residence, in 1848. By 1862, Freeport Catholics supported two parishes, one largely Irish and the other mostly German.
St. Thomas was Freeport’s fourth Catholic parish, its first pastor relocating from St. Joseph’s Catholic Church on the city’s east side. The first Mass was said in the new building on Harlem Avenue on Dec. 5, 1921, and by February 1922, the church had officiated over its first baptism, first wedding and first funeral.
A second floor with four rooms was added as a school, which enrolled 72 students in its first class in 1931 – 100 percent of the parish’s school-aged children. Classes were taught by the Dominican Sisters of Sinsinawa, who lived in the convent at Aquin High School for the next 20 years, until a home was purchased for use as their own convent in 1950. Over the years, other improvements were made to the church, including the addition of a parish auditorium.
By 1956, school enrollment swelled to 250 students, and the auditorium was remodeled as a fifth classroom. Finally, in 1962, a much-needed addition went into construction, with four new classrooms, administrative offices, a gymnasium and library; it was completed in 1964.
In 1973, ground was broken on the parish’s present site, 10 acres near Highland Community College. The new church had seating for 550, a marble altar, a 20-foot tapestry of Christ, a special Basilican bell instrument and a parish center that included an apartment for the priest. An education wing and social hall were added in 1994; later renovations expanded seating to 750, added bathrooms, installed stations of the cross and put in six stained glass windows.
Today, the congregation of 1,045 families is led by its pastor, Msgr. P. William McDonnell. Mass is held Monday-Friday at 8 a.m.; Saturday at 4 p.m.; and Sunday at 8 & 10:30 a.m. (10 a.m. June-August). ❚ 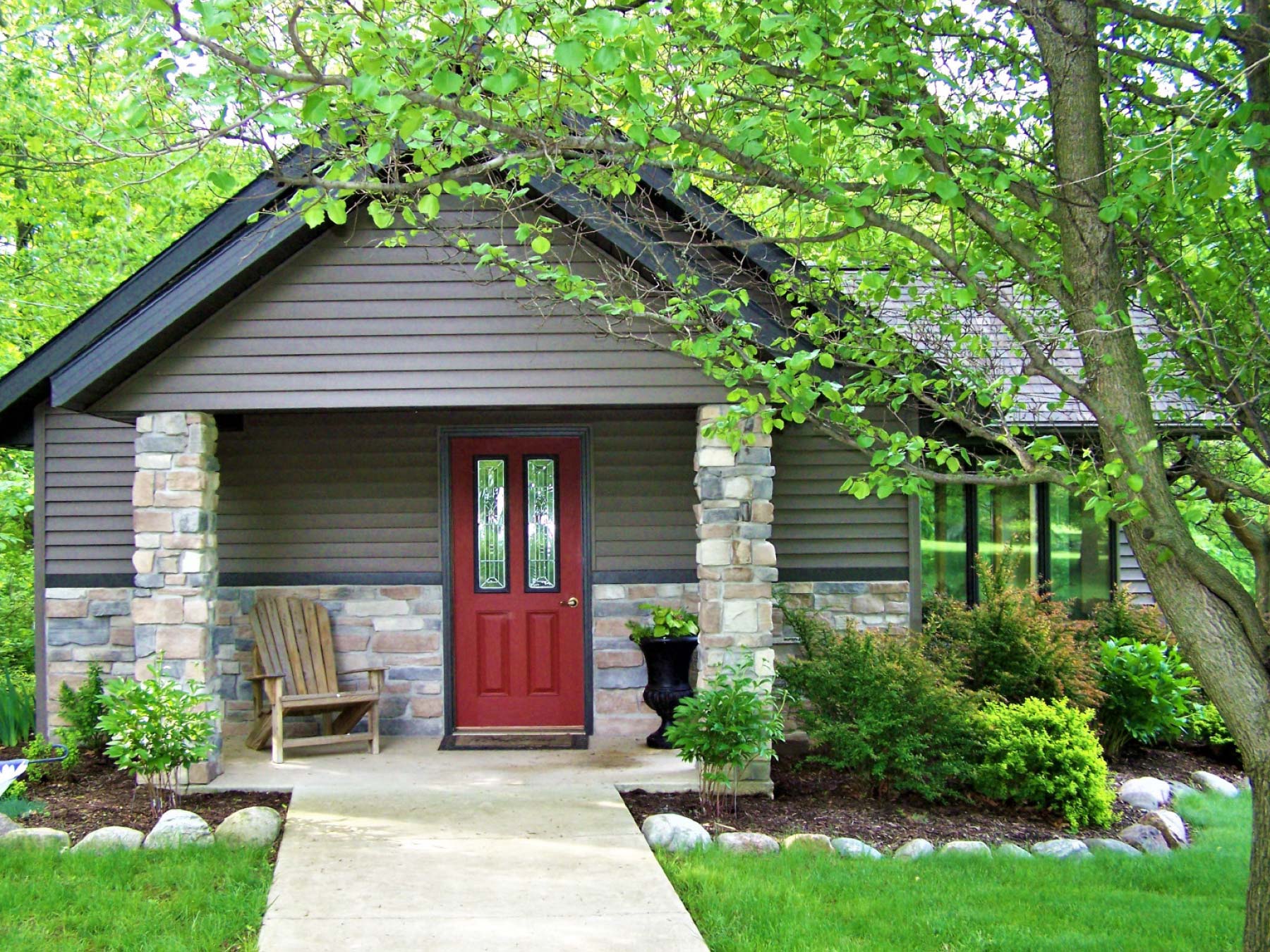