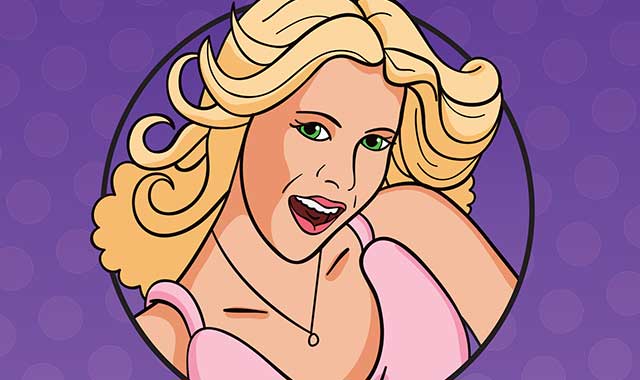 In today’s world of high-tech entertainment, sometimes it’s nice to sit back and experience a live performance. Meet a group of patrons who return year after year to hear our region’s fine music performances.


In the 21st century, entertainment is available anywhere, anytime, with the touch of a screen. Digital sound. Hi-def, on-demand videos. The New York City Metropolitan Opera on silver screen.
But live performances flourish in the Old Northwest Territory, from classical music to reggae, from ballet to Irish step dance. These shows are attended by a variety of people, loyal patrons who strongly believe in the power of the experience.
Northwest Quarterly talked to several of these folks, to discover why they so strongly support these local organizations.

Rita and Steve Weber have been attending MPAC performances for 35 years. Rita is a retired music educator who has taught independently, in public and private schools, and now substitutes.
She joined MPAC for the chance to perform, but she found that the scheduled performers were top-notch.
“Many artists who come here are just beginning but are breaking out, on their way up,” she says. “MPAC has stayed true to its classical roots, but they’re trying to engage others who may enjoy other types of world music.”
Jack and Barbara Simon, both music teachers, also are longtime MPAC members. Both have performed here, and Jack is a past board member who now serves on a committee.
“MPAC brings in talented national and international performers, and they’re all very good,” he says. “And Court Street United Methodist Church is a wonderful venue. It’s acoustically ideal. But both my wife and I really appreciate the chance to hear fine local performers. The camaraderie is grand, playing together, experiencing the music together.”
MPAC includes the Mendelssohn Chorale, Mendelssohn Chamber Orchestra and smaller ensembles and soloists that perform. The group presents solo artists, chorales and performances.
“We offer opportunities for meeting performers, and we’re always working to improve our educational outreach,” says Simon, who sits on the committee that helps to set up the concert series each year. “We just had 700 students at Court Street to hear the NIU Steel Drum Band. It’s wonderful to see children at concerts. It’s important to expose them to all types of music at an early age.”
“The organization sponsors five or six concerts for students during the school year,” says Weber. “As a music teacher, I often had parents ask me about lessons, and I always suggested MPAC. The instructors are high-caliber and very good at helping the children realize their potential.”
“Music keeps me young,” Weber declares. “I don’t feel my age – I have lots of energy.”
“The venue is very immediate and the artists are approachable,” Simon insists. “People shouldn’t be afraid of classical music. They’ll enjoy it.”

Merle Langs came from Long Island, N.Y., to Rockford five years ago, following the death of her husband. She had spent 40 years in the New York City area giving private instruction to gifted children and concert-level adults. The energetic septuagenarian still mentors gifted pianists of all ages. Langs is an RSO season ticket holder and a member of its Founders Club.
“I think Rockford is so lucky to have such a high-level symphony orchestra,” she says. “Of course, living in New York, my husband and I were able to attend concerts by the world’s finest musicians. After attending my first RSO concert, I told Maestro Steve Larsen that, compared to the New York Philharmonic, I thought the RSO was 98 percent as good. He thought about it for a few seconds and said, ‘Maybe 97 percent.’”
Gerald and Elizabeth Gale have attended RSO concerts for almost 20 years. They, too, are members of the Founders Club; Gerald’s a past board president and still serves as a member.
“Music enriches my soul – it is my passion,” says Gale, a financial adviser for Morgan Stanley Smith Barney in Rockford.
The quality of music is a great draw. “The players all have great depth,” says Langs. “It’s a joy to watch the music performed. Steve Larsen is an amazing musician.”
“Musicians from Chicago come here to play with Steve Larsen,” says Gale. “Steve’s ability to program, too, is marvelous for the community – classical, pops and everything in between. Over 20 years, I’ve watched this orchestra grow, in stature and ability, and it’s largely due to Steve’s programming.”
Langs says she would pay twice as much for concerts of similar quality in New York, and nearly that much to travel to hear the Chicago Symphony Orchestra. The venue is another perk. “The Coronado is the most beautiful theater I’ve ever been in, and I’ve been in many,” she says.


“In this theater, you hear an oboe, a clarinet, a flute, with enormous clarity,” says Gale. “Listen to the violins, and it’s like they’re playing as one. And when you add the Mendelssohn Chorale, 90 voices, balanced and in harmony, it’s an amazing experience.”
Most of all, it’s about people and music. “Attending the symphony is an emotionally fulfilling experience,” says Langs. “The music goes to your heart directly.”

Rockford natives Janet Moore and Pam Keeling are both RCCA regulars, but each came to it in different ways.
“I attended because my mother attended for years,” says Moore. “It’s a Rockford cultural legacy. As a child, I was involved in Mendelssohn, too, so music and performance have always been part of my life.”
Moore’s parents ran Jackson Piano, which was located in what is now a reception area for the Coronado Theatre. “I was in the store all of the time, playing the pianos,” she says. “So this place is like home to me.”
“My family didn’t do that many cultural things,” says Keeling, who plays guitar and sings. “So for people like me, who aren’t as knowledgeable, RCCA is our cultural concierge. I don’t have to think about anything. I know the performances will be great.”
Both enjoy the variety of programming, from shows on their way to New York, to rising stars like Chinese concert pianist Lang Lang. “Any cultural event, I think, expands your horizons, and RCCA exposes audiences to music and performers we’d likely never have the chance to see live,” says Moore.
“There are more familiar types of music, too,” Keeling points out. “Last year, we had The Chieftains [poular traditional Irish group], and this year, we have StepCrew [Canadian and Irish stepdance troupe]. Then, you get to experience it in this beautiful venue, the Coronado.”
Moore thinks locals sometimes take for granted the entertainment options available to them. “We can get blasé,” she says. “We get focused on bigger places, and forget about the variety and excellence offered right here, by groups like RCCA. Every performance is full stage. Mary Ann [Smith, RCCA president] does a tremendous job of vetting and getting great performers here. People need to realize the quality of the shows and just how lucky we are. It’s an experience just to sit in the Coronado.”
“I’d have a hard time picking one show I’m most excited about,” says Keeling. “They’re all fantastic. And the price of the entire season is what you’d pay for a single performance in Chicago or Milwaukee.”

Carol Fosshage, a lifelong Janesville resident, has a degree in music education, and she loves piano and singing. Now retired, Fosshage is a season ticket holder for BJSO; she also attends performances of Madison Symphony Orchestra, Janesville Performing Arts Center and Rockford Coronado Concert Association, among others.
Judy and Al Huffman, lifelong Beloit residents, have held season tickets for 20 years. Judy plays piano and sings in her church choir, at funerals and at weddings. “The music of the city has been a part of me forever,” she says.
She’s also a member of Friends of Beloit Janesville Symphony, a volunteer organization whose members usher at performances and conduct fundraisers.
Fosshage always attended BJSO concerts with her husband. Though he passed away a few years ago, she continues to go. “It’s good for my soul,” she says. “The musicians are very good. Some Madison players sub here, and we attract musicians from all over.”
“They are very professional,” says Huffman. “I’m also impressed with the cross section of music. Every season, I hear something new, from a composer I didn’t know, and I like that.”
Fosshage is a BJSO board representative for the Association of Wisconsin Symphony Orchestras.
“Representatives of orchestras from all over the state come together, four times a year, to network and exchange ideas,” says Fosshage. “We all have the same problem. Audience demographics are of an aging population. We need to attract younger people to attend concerts.”
BJSO is trying to attract new audiences. “Last year, we did a program of Spanish music, and ‘Hurray for Hollywood,’ songs from films that everyone would recognize,” says Fosshage. “We do other pops concerts and lighter fare, and perform in different venues, like the cafeteria at Blackhawk Technical College.”
“They try to be visible throughout the community,” Huffman says. “Our symphony is a real jewel.”
The Huffmans open their home for the annual house walk put on by Friends, and assist with other fundraisers throughout the year, to help to ensure the symphony’s continued solvency.
Retired music teacher Fosshage has arranged in her will for a legacy donation to BJSO. “I believe in the importance of music in everybody’s life,” she says. “It’s a soothing muse, for children and adults.”

Ellen Allen and husband Les came to Dixon, Ill., from the Chicago suburb of La Grange four years ago.
“Basically, we just kept going farther west, until we found a place that was pretty and uncrowded,” she says. “We’re both artists, and we found an incredible arts scene here that was lacking where we were from.”
Allen is a 3-D fabric artist and painter, and her husband is a large-format photographer. Both display work at The Next Picture Show, Dixon’s fine arts center, where Allen also volunteers.
“Dixon’s arts scene is available, approachable, supportive,” she says. “We were thrilled. Then, about three years ago, we found out about Canterbury Music Society and decided to go. We just couldn’t believe the level of artistry and musicianship. And it’s free. I can’t wrap my mind around that. You’d pay at least $50 where we came from, and more if you were to go into Chicago.”
Canterbury holds performances at St. Luke’s Episcopal Church and the more intimate Philander Hall, which accommodates about 40, located in a private residence.
“St. Luke’s is such a magical venue,” Allen says. “The acoustics are perfect. And the organ is amazing. You experience the music physically – it comes through the floor and up into your feet. At Philander Hall, it’s completely different. You’re so close to the performer and the music. A classical guitarist played there last year, without amplification. Hearing the music raw like that, not through anything electronic, and up close – it was an incredible feeling.”
Artistic director Tim Boles, a professional performer, puts together the concert season, which includes performances by Canterbury’s three vocal ensembles.
“Tim puts great thoughtfulness into the programs,” says Allen. “Last year, he did ‘Music of Shakespeare,’ from period music to pieces written for plays or ballets. He achieved great breadth with that program. It’s not just one kind of music, either. It’s many styles and eras – 20th century, baroque, classical, even Gregorian chants. This year, they’re doing the entire Messiah, split into winter and spring, and there’s an organ recital. I’m looking forward to them all, because they all a surprise.”
Allen and her husband have become donors. “We’re more than willing,” she says. “It’s a gift to this community.” ❚