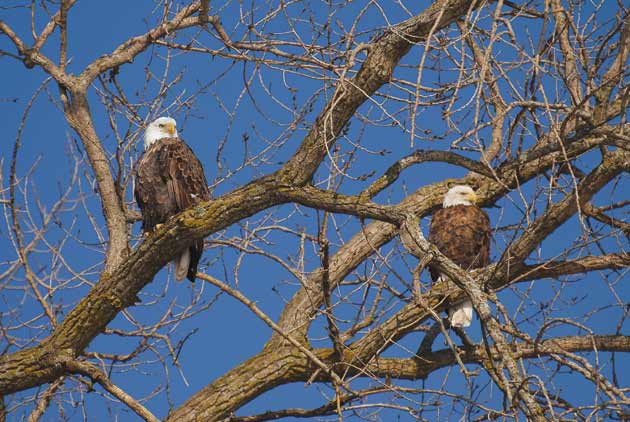 Built more than 150 years ago, the Lincoln-Tallman House in Janesville is a landmark of historic architecture. It’s also the only surviving residence in Wisconsin where Abraham Lincoln actually slept.


The three-story mansion of pale yellow brick at 440 N. Jackson St. in Janesville was once called “the finest and most costly residence in Wisconsin.” For almost 60 years it was the home of one of the city’s most prominent families. Thanks to generous donors and dedicated volunteers, recent renovations have restored this gem to its original glory, so it can continue to be visited and appreciated as a priceless window into an important chapter of our history.
The Tallman House was built by William Morrison Tallman, a lawyer from Rome, N.Y. While out East, Tallman was an active abolitionist and a member of the Anti-Slavery Party, who apparently used his New York home as a station on the Underground Railroad to assist escaped slaves. In the late 1840s, Tallman purchased parcels of prime land in the Wisconsin Territory totaling nearly 4,500 acres. Most were in Green, Lafayette, Grant and Iowa counties. He sold them at great profit, never netting less than four times the original price.
In 1850, he moved his family to Janesville and in 1855 began the construction of his Italian Villa-style home on a three-acre bluff overlooking the Rock River at the north edge of town. Using the best materials available, workmen finished the house in 1857 at a cost of $33,000 in gold. Additional work done by 1870 brought the total cost to $42,000, the equivalent of more than $1.5 million today.
The quality of materials and workmanship is still evident. External walls are a foot thick and finished with Milwaukee cream brick. The original tin roof lasted until this year’s restoration.
Outside doors are black walnut with carved panels; windows are made of French polished glass, some with colored panes, and shuttered within by wooden blinds. The building includes some of the latest conveniences of the day, such as central heating, cold running water, walk-in closets with built-in storage drawers and an indoor privy at the back.
“Tallman had gas piping installed for lights, even though gas wasn’t available in that location for another dozen years,” says Joel Van Haaften, executive director of the Rock County Historical Society (RCHS), Janesville, which maintains and operates the home.
Water collected on the roof was stored in copper cisterns on the third floor, for distribution to the bedrooms, kitchen and bathing room.
“Floorboards that cover the gas and water plumbing were designed to give easy access to them for repairs,” says Laurel Fant, collections manager at RCHS. “It also made the restoration work easier. More than 75 percent of the furnishings in the home belonged to the Tallman family, and the rest is period-appropriate, with a connection to Rock County.”
The main floor has a library, parlor, drawing room, formal and informal dining areas, all with 10-foot high ceilings. The main hallway is 14 feet wide, with an oval opening in the ceiling to allow warm air to rise to the upper floors.
“The cupola on the roof can also be opened in the summer, to draw hot air up and out of the house,” says Van Haaften. “That’s a feature in many Italianate homes.”
The second floor has four large bedrooms, including the guest room where Abraham Lincoln stayed in 1859. The back wing of the house contains servants’ quarters and storage rooms.
“Steps down to a somewhat lower level separate this area from the rest of the house,” notes Van Haaften. “It was a way of implying use by a lower class – the servants.”
“Bell pulls were installed in the library and two of the upstairs bedrooms, and rang in the basement kitchen,” adds Fant. “Each bell had a different tone, so servants could recognize which room was signaling.”

Lincoln visited Janesville Oct. 1-3, 1859, a year after he was defeated by Stephen Douglas in the race for U.S. Senate from Illinois, and the year before he was nominated for President. He was 50 years old.
Lincoln came to Rock County from Milwaukee, where he had spoken at the Wisconsin State Fair. In a letter written by the Beloit City Republican Club, Lincoln was invited to “address the citizens of old Rock County on the great political issues, which now absorb the public mind in the Northwest.” While in Beloit, Lincoln was further invited by Tallman and others to speak in Janesville that evening, and to be a guest at the Tallman home.
Upon Lincoln’s arrival at their home, Mrs. Tallman asked her nephew, Lucien Hanks (no relation to Lincoln’s maternal family), to vacate the guest room for their new guest. Lincoln insisted that was not necessary, suggesting that the two men could share the same bed, a common practice in that day. After Lincoln had delivered his speech and both men had retired, Hanks was eventually driven out of the bed by Lincoln’s snoring and restlessness, and slept on the downstairs couch.


“Lincoln was apparently thrashing around with his long legs, and Hanks couldn’t get to sleep,” says Fant.
As was the custom, Lincoln put his boots outside the bedroom door before going to bed, with the expectation that the servants would clean and return them the next morning. When the boots didn’t show up the next day, Lincoln stayed in the guest room, too embarrassed to appear at breakfast in his stocking feet.
“The Tallmans were accustomed to wearing slippers in the house and retrieving their own boots from the lamp closet downstairs,” says Fant. “They escorted Mr. Lincoln to breakfast in his stocking feet, where he was given his boots. We keep a boot jack in the guest bedroom as a visual reminder of the story during tours.”
Having missed the morning train because of the boots, Lincoln attended services at First Congregational Church with the Tallman family, and left for Chicago the next day, Oct. 3, 1859.

Tallman and wife Emmeline lived in the home until their deaths in 1878. Eldest son William Henry never lived in his parents’ Wisconsin home, but his two siblings did. Although Tallman supported the cause of abolition while in Janesville, there’s no evidence that the Wisconsin home was part of the Underground Railroad network, as had been the case with his New York home.
In 1861, both William Henry and his brother, Edgar, married out East. William Henry and wife Margaret stayed for a time in Milwaukee and then moved to Janesville to establish a pharmaceutical company, while Edgar and Nellie made their home in Washington, D.C. Tallman’s daughter, Cornelia (“Gussie”), left to marry in 1865, but died a year later in Chicago. When the Civil War ended in 1865, Edgar and Nellie returned to Janesville and lived in the family home the rest of their married lives.
Much of what we know about the Tallman family has been gleaned from Nellie’s diaries, which were found quite by accident in the 1950s. A visitor to the Tallman House on an historical society tour noticed some children next door playing with some old, tiny books (most were no larger than three by six inches). The visitor recognized them as 19th century diaries with the Tallman name on them, and soon they were recovered by the historical society. Those 23 volumes span the time from 1860 to 1916, with several gaps, and all but two were written by Nellie. According to Nellie’s biographer, Julia Hornbostel, the little books record four main periods in Nellie’s life: as a young daughter-in-law with no children; as a mother of young sons; as a mature woman; and her life as a widow after Edgar’s death in 1896.
Edgar and Nellie’s sons, Stanley and Charles, each built homes, which still exist just south of the Tallman House. When Nellie moved out of her home, she lived with each of her sons for part of the time until her death in 1924. Stanley Tallman’s home today houses the Helen Jeffris Wood Museum Center and historical society offices.
After Nellie moved out, the Tallman House was closed and vacant from 1915 until 1950, when George Tallman, William Henry’s grandson, donated the property to the City of Janesville, to be operated as a public museum. He requested that the name be Lincoln-Tallman House Museum. A capital campaign begun in 1991 raised the public and private funds necessary for a massive $1.14 million restoration of the building and grounds during 1993 and 1994.
“The current restoration concentrates on the exterior of the Lincoln-Tallman House,” says Van Haaften. “It includes repairs to the soffits, fascia, gutters, brackets, friezes and roof. The tin roof was replaced with steel, and the cupola and finial were repaired from recent storm damage. Chimneys were tuck-pointed and restored to their original height, as well.”
Given its authentic appointments and historical significance not only to Janesville and Wisconsin but to the nation, the Linocln-Tallman house deserves to be preserved for future generations.