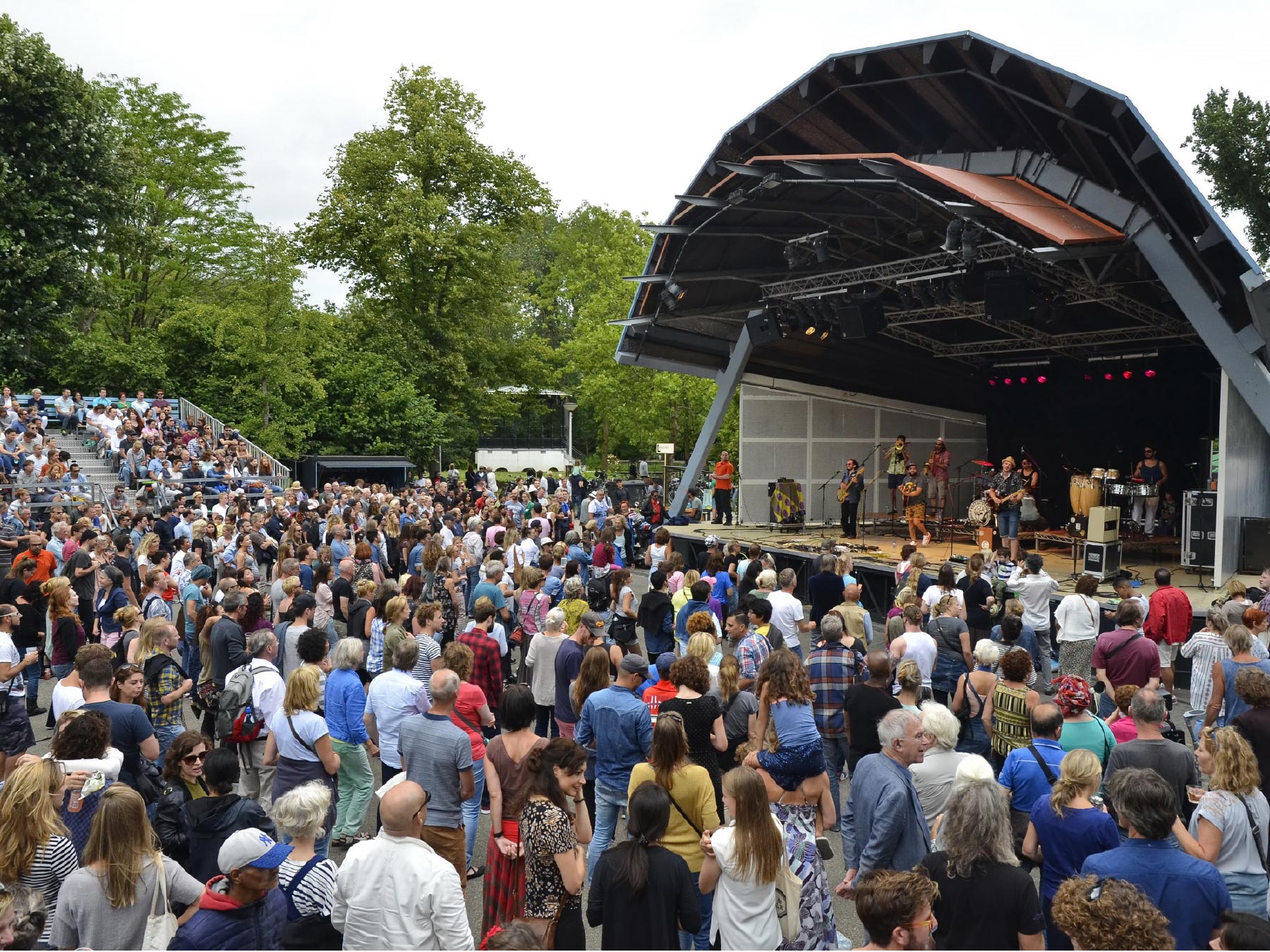 After 66 years, this dedicated group of singers is still gaining new voices and wowing ever-larger audiences. And, meet the dynamic woman who’s performed every year since the start. 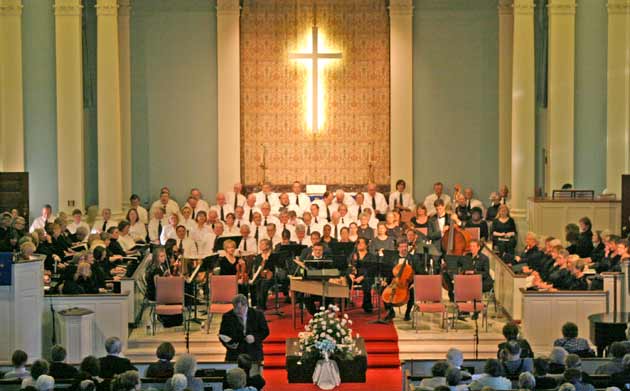 One of the area’s most enduring holiday traditions is the Rockford Choral Union’s presentation of George Frederick Handel’s Messiah. A chamber orchestra accompanies the chorus, which is directed by Nat Bauer.
Readying for its 66th consecutive year, the group has grown, from an amalgam of singers from local Lutheran churches, to a chorus of well over 100, representing more than 60 churches. The volunteer vocalists come from as far north as Janesville and as far south as Dixon; from Polo in the west to Huntley in the east.
Its most steadfast member is 89-year-old Elsie Lundvall of Rockford, who has sung in every performance since the first in 1945, and has missed only one rehearsal in all that time. Fittingly, she’s also the group’s historian.
“The first two years, we did the entire Messiah, both seasons,” she says. “I have a program from 1946 that says we performed it in spring at Zion, and again in the fall at Emmanuel.” (Since its libretto is an encapsulation of the entire Christian faith, initially, Messiah wasn’t intended for Christmas, but as a piece for Lent and Easter.)
Eventually, the group settled into two performances held the weekend following Thanksgiving, presented at Emmanuel Lutheran Church in Rockford. So many singers joined that in the 1980s, a third performance was added. After the 50th performance, the chorus had to switch venues.
“It just got too crowded, so we moved to Trinity 15 years ago,” explains Lundvall. “The performances got so packed, that we started asking people to get tickets. We didn’t charge for them, but it helped us to anticipate audience numbers. People didn’t like the ticket idea, and it got too complicated, so we dropped that. We’re back to two performances, now – one on Saturday evening and another on Sunday afternoon.”
First chartered as Rockford Lutheran Choral Union, the group has since changed its name. “We dropped ‘Lutheran’ from the title, to best serve the area and reflect the membership,” says Cyndee Lipps, who’s marking her 16th year as Rockford Choral Union president. “It’s also better when we apply for grants.”


There’s no admission fee, and the chorus is volunteer, but there are still costs involved. “We have to pay for the director, soloist and orchestra,” says Lipps. “We spend almost $15,000 for both performances. We accept freewill donations from the audience, and we have corporate and private sponsors. One member transports the timpani, to save us the cost for that. Before we switched to black-and-white concert dress, some members would pay to clean the robes. We used to have to rent a harpsichord, but now the Unitarian church lends us theirs. We’ve gotten some grants and subsidies, from the Rockford Area Arts Council, Rockford Register Star and other entities.”
The choral union’s board and loyal followers always come through.
“Even the singers put in $5 each,” says Lundvall. “We’ve never gone in the hole.”
Despite the financial overhead, Lipps is adamant about not charging admission for the choral union’s Messiah.
“People get strength from the music,” she says. “The message alone sustains. It offers hope and strength to those who hear it. The message and music should be free to whoever wants to listen.”
The quality of the participants is undeniable; in 2007, the group won a Rockford Area Music Industry award for the DVD and CD if its performance.
Singers vary from year to year. Some are legacy members, whose parents, grandparents or aunts and uncles got them involved; others find their way on their own. There are those who participate just once or twice, and die-hards, like Lundvall and Lipps, who return year after year.
“It gives me a sense of accomplishment when I see the old and new faces,” says Lipps. “It’s a kick-off for the holidays, and for some, it changes their lives. We have couples who have met and married in the chorus.”
“It’s the entire life of Christ, set to music, and it gets into your blood,” says Lundvall. “It’s a chance to participate in something more important than yourself.”
When will Lundvall retire from Rockford Choral Union?
“It’s up to the Lord,” she says with a laugh. “It may come that I’ll have to sit in a chair to sing. But if He gives me the strength, what am I going to do? Each year, it’s up to Him.”
No auditions are necessary to join Rockford Choral Union. Rehearsals are held on Sundays beginning Oct. 16, from 2-4 p.m. at Emmanuel Lutheran Church, 920 3rd St., Rockford. New members are welcome to join during October rehearsals. Information is available at rockfordchoralunion.org.
Performances: Nov. 26, 7 p.m., and Nov. 27, 3 p.m., at Trinity Lutheran Church, 200 N. 1st St., Rockford. ❚
Tags: choir elsie lundvall handel karla nagy messiah music rockford choral union
Share on
Share on Facebook Share on Twitter Share on Pinterest Share on Email
Karla Nagy October 14, 2011