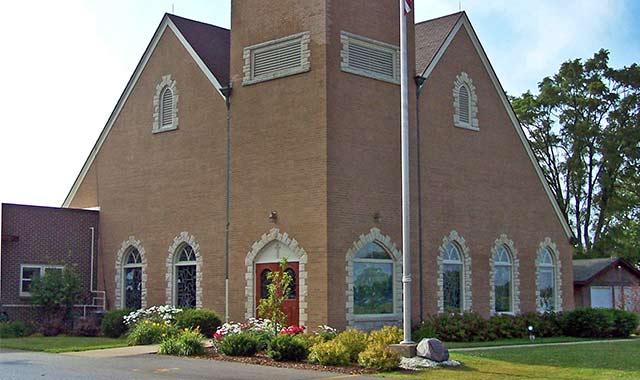 This family business maintains a close connection to the old country, and its respect runs high for the treasures of bygone days.


Family-run Continental Antiques opened in 1998 and, in 2005, moved to 2305 Charles St., Rockford, a 22,000-square-foot building that was once a furniture factory. Its three floors quickly filled with specialty antiques, many of them one-of-a-kind items.
“We have $1 million in merchandise here, and another warehouse that’s full,” says Robert Swaab, who works with daughter Daniella Swaab. “Our success is in our unique specialty items. Once I sell a one-of-a-kind item, I’ll never see another. Most of our pieces range from the 1860s to the 1950s, but we also have many from the 1700s.”
The Swaabs mostly seek out European heirlooms, during four overseas buying trips each year. Lately they’ve been frequenting Holland, Belgium, Germany and France, sending back packed 40-foot containers.
There’s antique and vintage furniture, statuary, clocks, lamps, home and outdoor décor, and much more. Items range from $3 trinkets to $20,000 dining room suites, so variety is a given.
“We have more than 10,000 small pieces – bowls, figurines, decorative dishes,” Robert says. “I like everything. We have more than 200 pewter items. I used to collect mantel sets, but I’ve sold most of them off. Out of the 80 I had, there are about a dozen left. Basically, though, I love furniture, so we have many large furniture items, and they’re better than anything new you can buy. They’ve been around for 100 years or more, and they’re still solid, beautiful and totally usable.”
The Swaabs can talk with great knowledge, and at great length, about a particular piece, period or style.
A huge dining set, with 10 chairs and a large buffet, has spectacular detail and handiwork. “This is from Brittany, France, made of dark oak,” Robert explains. “Look at the finials along the top of the chairs, and the decorative trim. It’s all made by hand. You can tell it was made for someone of wealth, because of the hand-carved scenes on the back of each chair and the front of each door in the buffet. Each is different, and depicts something having to do with the sea. Those took a long time for someone to create.”
Robert points out a pair of antique bergere chairs, still beautiful and very comfortable. “New ones would actually cost more,” he says.
Nearby is a matching pair of castle chairs, with hand-carved ball-and-claw arms and legs and original, hand-embroidered fabric. Another hand-embroidered chair has twisted stretchers, an ornate front, and arms and legs embellished with carved leaves. An Art Nouveau smoker’s settee includes the smoker’s cabinet. An 1840s French bookcase is trimmed with twisted wood, all done by hand. Two French stone pedestals display a pair of bronze candlesticks.
“The statues are beautiful,” says Robert, pausing in front of a large mantel clock. “This is a signed bronze of Socrates. Look at the detail in the folds of his robe, the thoughtful expression on his face. It’s fantastic. The clock is really secondary to the sculpture.”
Good antique clocks are very hard to find, but Continental has a fine selection. “He’s very good at hunting them down,” says Daniella of her father. “Finding those that work is even harder, and so many are decorative only.”
The Swaabs also offer ethnic art from places like Indonesia, New Guinea and Africa; garden items like statuary and fountains; conversation pieces like captain’s chests and hobby horses; original paintings and etchings. Hanging just inside the door is a 30-foot, 1920s-era stained glass piece that came out of a hotel in Brussels, Belgium.
An ornate walnut desk with chair speaks to the Swaabs’ longevity as antiques dealers. “I sold this piece to a couple more than 30 years ago,” Robert says. “They’re moving to a smaller place, and I just bought it back from them.”
Many customers live in Chicago, Wisconsin and other states. “We’ve sold many pieces to retailers here in Rockford, too,” says Robert. “We have such a goldmine of beautiful things here, things that many people have never had the opportunity to see.”
Dutch by descent, Robert is self-taught, and he’s been collecting just about his entire life. “I’ve loved it, ever since I was a kid in the Old Country,” he says. “I would buy something at a flea market for a quarter, and then sell it to the antique dealers for $2.”
His passion is shared by his family. Daniella, a real estate broker, joined the business in 2009, and Robert has high hopes for his granddaughter, Vega, age three.
“Vega is our little helper,” says Aunt Daniella.
The Swaabs believe that younger generations need to be made more aware of the value of purchasing antique furniture. “It may seem like you’re paying a lot for something that’s used, but you’re not,” says Robert. “As I said, these items are made from solid wood, by true craftsmen, for wealthy people who demanded quality. They have staying power.”
“You don’t need to have a houseful of antiques,” adds Daniella. “Buy one nice piece, and build around it. This wardrobe is made from a 300-year-old piece of wood. Imagine the history that it’s held.”
Surrounded by these pieces, it’s easy to imagine who their original owners were. A leather-covered partners’ desk conjures images of characters in Dickensian clothing writing earnestly with quill pens. A rare, glass-fronted, 1940s lemonwood cabinet with bronze inlay brings to mind a matron with crimped hair and spectacles, reaching for her tea set.
“Sometimes, I sit here at night, with just a few lights on, and I can feel the good spirits coming from things,” Robert says. ❚
Tags: antique charles street continental antiques europe furniture illinois old rockford
Share on
Share on Facebook Share on Twitter Share on Pinterest Share on Email
Karla Nagy April 7, 2011