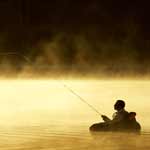 
Imagine being a child, awakened in the night by a family crisis. Strangers ask you to pack your belongings and leave your home. Weeks later, you’re still living with another set of strangers in a foster home, perhaps separated from siblings.
It’s an all-too-familiar scene for children caught in a web of family issues that may include abuse, neglect, addiction, violence, mental illness, unemployment, poverty and/or homelessness.
In Illinois, the Department of Children and Family Services (DCFS) is responsible for investigating child welfare cases, and, when necessary, removing children from their homes. It then turns most cases over to subcontracted agencies. One of the larger ones in our region is Catholic Charities, which handles about 500 cases in northern Illinois at any given moment.
“Our initial goal is to correct the problem with the original family so we can place the child back with a parent in 12 to 18 months,” explains Mike Benjamin, quality assurance and accreditation manager at Catholic Charities of the Diocese of Rockford, 102 S. Madison St., Rockford. “Hopefully, the biological parent will use the array of services we offer, and come back into compliance. Unfortunately, that’s often not the case.”
While in foster care, children have many financial needs that are not covered by the stipends their foster families receive from the state. From diapers, formula and cribs to eyeglasses, school supplies and bus passes, they often depend upon the kindness of strangers – and that’s where Caritas comes in. A non-profit auxiliary of Catholic Charities, it’s raised more than $350,000 over the past 25 years to cover exactly these types of expenses.
“For example, it can be a very healthy thing for a foster child to develop talents and interests, like music lessons or sports,” says Benjamin. “But fees for those programs aren’t necessarily covered by the state. We don’t want these children to miss out on experiences like that, for lack of money.”
Or, when infants are placed with foster families, as happens when newborns are drug-exposed in utero, case workers like to grab a supply of diapers and formula from a storeroom to take with them. But this, too, costs money.
“One of the things we do is collect duffle bags and suitcases through a drive,” says Stephanie Deery, Caritas board member. “When children are pulled out of their homes, often in the middle of the night, you don’t want to ask them to stuff their things into a plastic garbage bag. You want to give a child a sense of dignity. The word ‘caritas’ means love.”
Stephanie’s mother-in-law, Jody Deery, has been a pillar of Caritas for 25 years. The Rockford Speedway owner and short-track NASCAR pioneer is the mother of eight.
“When my children were young, I depended heavily on the volunteers who coached their baseball games, led their Scout troops and so on,” she explains. “I always said that, when my children were old enough, I would turn around and give back in some way, by volunteering. This is one way that I do that.”
Foster children are among the most vulnerable and easily forgotten members of our community, says Jody. “It’s quite an undertaking to take children from their homes, where they have been exposed to drugs or other dangers, and help them to become self-reliant people. If our efforts help just one child to do that, they’re worth it.”
Because of confidentiality rules, Caritas board members never directly interact with the children they’re helping. “They are silent, unseen, unthanked heroes,” says Benjamin.
Along with supporting Caritas, there are other ways to help foster children. “There are never enough foster families,” says Benjamin. People interested in becoming licensed foster parents can obtain further information from Catholic Charities offices in Rockford, Freeport, Sterling, Belvidere, McHenry, Aurora or Elgin.
Also, there’s a need for more men to become trained social workers, especially to work with biological fathers and teenage boys, notes Benjamin. And, the Caritas board of directors is always on the prowl for a few new dedicated members.
“These children need love and healing to grow up healthfully,” says Benjamin. “And it’s everyone’s issue, because what happens to them affects us all.” ❚

Lighting the Way for 25 Years