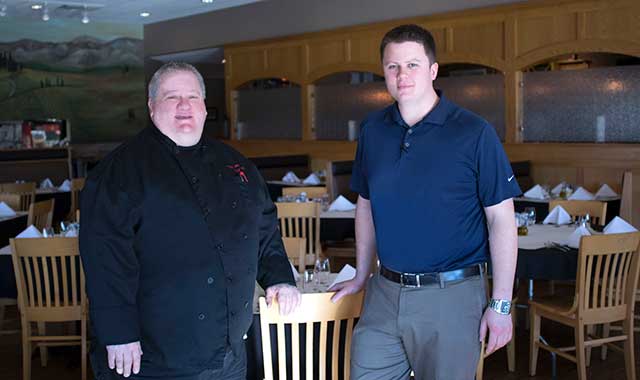 Vito's Ristorante: A Familiar Name in a New Location

All the stereotypes you hold about them are probably true. 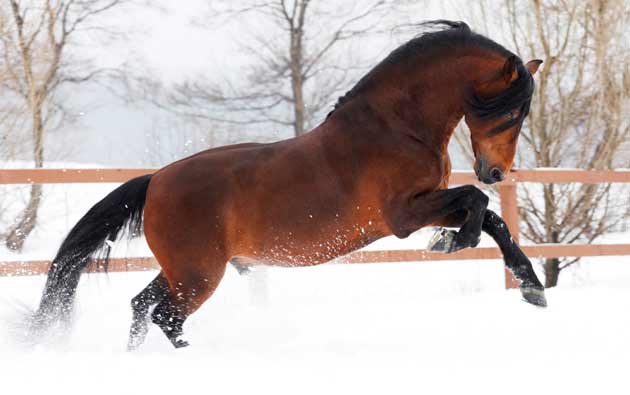 My title, “managing editor,” is kind of silly. It implies that I actually manage writers. I’m here to tell you that no one manages these wild animals. At best, we editors speak softly to them, hold their hands, provide them with parameters and pray they don’t jump the fence.
The best writers live by their own mysterious codes of honor, their own assessments of what’s important in life, their own exaggerated fears and certainly their own internal time clocks. Show me a writer who always meets a deadline, and I’ll show you writing that bores you to tears. Show me a writer who always misses a deadline, and I’ll show you a writer who’s out of work. In this business, greatness lies someplace between the creative and the pragmatic; those who strike that balance are too rare.
You probably entertain in your minds a stereotype about writers as curious, sensitive, tortured souls driven less by money than the satisfaction of their work. And you would be right. Woe to the publisher who believes he/she owns a writer. I’ve yet to meet a good writer who lives for money – which works out perfectly, since, industry-wide, most writers are grossly underpaid. I once “managed” a sports editor at a newspaper company. He joked, “I may as well become a priest, since I’m already taking a vow of poverty working in this place.” He was kidding when he said it, but today the good Father serves a parish in Polo, Ill.
The best reporters live by the Golden Rule and take great care to represent their subjects accurately. For reasons I’ll never quite understand, interviewees bare their souls to the big-eyed, gentle writer. Afterward, they start to think about it, and feel quite exposed, as well they should. I’ve personally been misquoted, and it’s a bad feeling. That’s why we do something at NWQ that’s highly frowned upon in journalism school: We allow our sources to review articles for accuracy. Why not catch errors before we go to print? Crazy concept, I know.
I work with more fine writers than I can mention, but let me tell you about a few.
My longtime friend Jon McGinty is one of the most caring human beings I know – and a perfectionist. I ask him for three sources; he digs up 12. Before he turns in a story, I receive a phone call outlining the difficulties of the writing phase. “Are you at the miserable stage yet?” I ask. “Yeees!” he moans pitifully. At that point I know all is well. A beautiful, error-free article will soon appear on my desk. I don’t even have to ask Jon if all due diligence is completed; I know that it is. “Why do you keep doing this when it makes you miserable?” I ask him. “Well, it’s not all miserable,” he answers. That’s a writer for you.
Toni Rocha found a home in our magazine by presenting us with consistently solid healthcare articles. I’ve always admired her one-two punch of no-nonsense persistence and extraordinary kindness. It’s not easy getting a doctor on the phone, much less translating medical lingo into a useful article for laymen, and then getting the doctor on the phone again to review the final result, as we require. You may recall that she earned national recognition last year for an article we published about advancements in orthopedic treatments. I wasn’t surprised.
Among the very best writers I have ever worked with is our own associate editor, Karla Nagy, a college English teacher whose command of the language is surpassed only by her genuine enthusiasm for every imaginable subject. I’ve told you about her before. This stubborn Queen of Grammar will draw blood during an argument about the placement of a comma, and our magazine is much better for this. And now, Karla and I are very happy to welcome two new additions to our editorial staff.


Chris Linden had just completed his junior year at Millikin University in Decatur, Ill. when he decided to camp out in our tiny office lobby until we would speak to him. He wanted a summer internship. We don’t do internships – my grouchy attitude was that I had no time to hand-hold a neophyte. (My bad, I know.) Twenty minutes later, I was convinced we’d be fools not to hire him, and he did not disappoint. Eager to learn and willing to do anything, he demonstrated that rare combination of reliable proficiency coupled with a caring nature.
After graduating as a political science major, Chris was accepted into the Medill School at Northwestern University, where he honed his writing skills and earned a master’s in journalism. He worked at a few TV stations, including Rockford’s WIFR-23, as Web content producer and on-air reporter. He came back to us looking for freelance work, and we lost no time creating a position for him that coincided nicely with the launch of our jazzy new Web site. He’s interested in new media as well as broadcast and print, and believes that professionally-trained reporters will always be needed in our society, regardless of evolving delivery systems. Chris is suspiciously well-adjusted for a writer, but hey, he’s still young.
A Guilford High School graduate, Chris has lived in Rockford since he was 7 years old, with parents Tom and Helen Linden and Andrew, his brother. He’s soon to be installed as an elder at Westminster Presbyterian Church, Rockford. This young man’s future is one to follow closely.

We’re also thrilled to welcome an old friend, Paul Anthony Arco, as a staff writer. Paul has written for us since Day One, and worked for Bill Hughes eons ago as an editor for Rockford Magazine. Paul and I first crossed paths 21 years ago, while pasting up our respective little newspapers at an ancient weekly newspaper office in Durand, Ill. (Yes, we cobbled the newspaper templates together by hand with wax back then, and walked six miles uphill through the snow to do it, but we’re not as old as you think.) You probably already know Paul – everyone does. He writes sports for Rockford’s daily paper, has his own WNTA radio show, was a sports stringer for the Chicago Tribune, is a public speaker and has spearheaded more fundraisers for more good causes than I can list. A Rockford native, Paul has been writing for as long as he can remember and is most proud of a newspaper series that chronicled his experience with cancer.
Paul has a way of putting sources at ease and climbing into their worlds with a writer’s sensitive eye. He loves people, and it shows in his work. The writing part? Well, it tortures him, of course. He chose this quote by Walter Wellesley “Red” Smith to tack onto the bottom of his emails: “There’s nothing to writing. All you do is sit down at a typewriter and open a vein.” That pretty well sums him up. Paul is a true professional, one to whom I’ve often turned for advice. His dark writer’s nature is leavened by a witty and down-to-earth disposition. He serves on the boards of both Healing Pathways Cancer Resource Center and the American Cancer Society. Paul lives with his wife, Shauna, and their son, Sam, in Belvidere.
Our little editorial staff is fortunate to work for a publisher who views writers as more than just a necessary evil soaking up payroll. “Editorial is king!” Bill tells us. We may not always feel like royalty, but I’ve never heard those words spoken by another publisher in my 25-year career. We appreciate our writers.
They are strange, colorful, and occasionally exasperating wild animals, wholly unmanageable. But my existence surely is richer for working alongside the writers in my life.
Tags: chris linden column illinois janine pumilia paul arco rockford writer
Share on
Share on Facebook Share on Twitter Share on Pinterest Share on Email
Janine Pumilia December 14, 2010