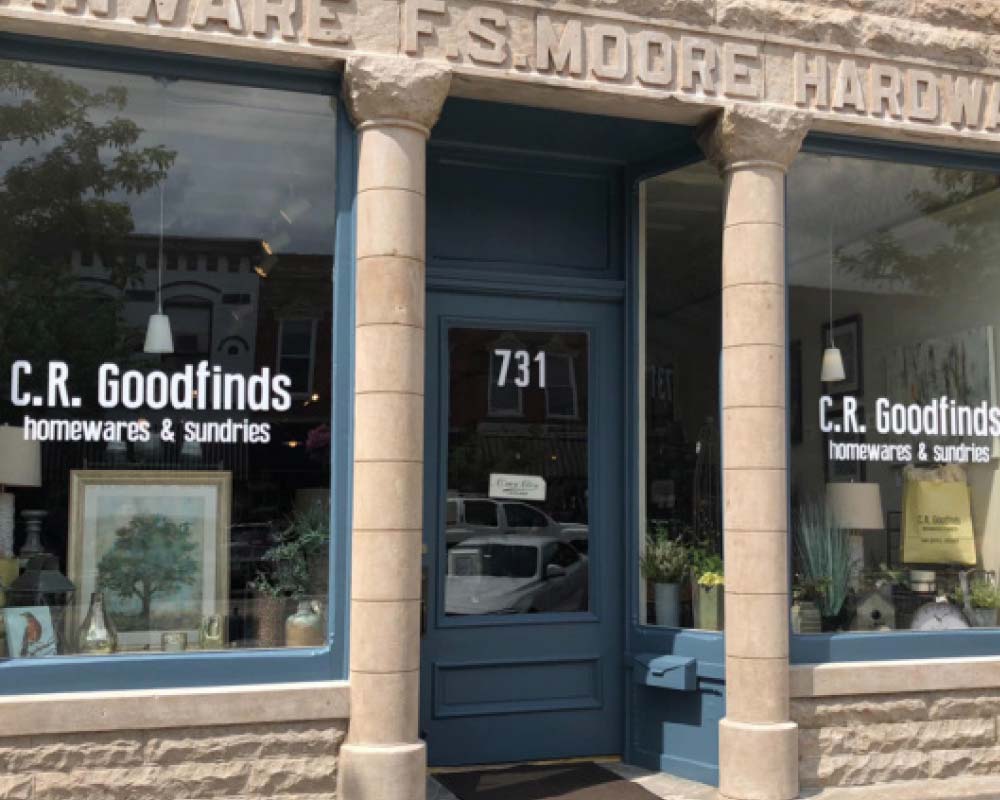 Pecatonica Heritage Museum
312 Main St., Pecatonica, Ill.•(815) 239-2180, (815) 239-1558
Built in 1881, this former grain elevator long outlived its life expectancy, working constantly for almost a century before it was closed. In its new life, this museum is dedicated to the building that has changed little over the years.
The post-and-beam construction includes 18 bins (the norm was four to six) that once held corn, soybeans, wheat and oats. Though leftover grain was cleaned out in the late 1990s, when the building was purchased for the museum, some grain still seeps through the walls, ceilings and bins.
Grain bins commonly caught on fire. To prevent fires from being sparked by passing trains, the building was covered in tin, which today still protects the elevator. Occasional charred spots on the wooden construction reveal damage from a few small fires.
The museum is open by appointment and during special events.

Yellowstone Lake State Park
8495 Lake Rd., Blanchardville, Wis.•(608) 523-4427, www.dnr.state.wi.us
This southwestern Wisconsin retreat features one of the few lakes found in this corner of the state.
The 1,000-acre state park includes a 455-acre lake and opportunities for yearlong fun. Everything from swimming, fishing and boating to hiking, biking and picnicking are possible during warmer months. Visitors in the winter find opportunities for ice fishing, snowmobiling and cross-country skiing. Families may enjoy campsites and picnic areas, as well as an indoor shelter, available by reservation.
Next door to the state park is a 4,000-acre wildlife area with options for horseback riding and bird-watching. There’s also a shooting range.
An added bonus is that it’s virtually mosquito-free, thanks to more than 4,000 brown bats that roost in 31 bat houses. One bat eats an average of 600 mosquitoes each day.
The park is located off County roads G and F, southwest of Blanchardville, Wis.

Summerfield Farm & Zoo
3088 Flora Road, Belvidere, Ill.•(815) 547-4852, www.summerfieldfarminc.com
This 17-acre zoo is home to a variety of regional and non-Midwestern-type critters: bobcats, cougars, a zebra, two dromedary camels, Chlorocebus monkeys, wallabies, ring-tailed lemurs, an Arctic wolf, emus, Guinea hens, kinkajous and more.
The zoo exists to educate the public about the animals, and to help the animals themselves. Rick and Pam Anderson started out 30 years ago as Summerfield Farms, raising and training Arabian horses. They began breeding reindeer and cougars used for educational programming, television and movie work. Over the years, they acquired other exotic animals, both through purchase and rescue.
“It just kind of evolved,” says Rick. “Our monkeys are both rescues, so we don’t use them for our educational programs. We got the macaws when the old Sinnissippi greenhouse [in Rockford] was torn down.”
“We aren’t rehabilitators,” Pam clarifies. “Our animals have never been wild, and can never be released as wild.”
Although Summerfield Zoo has been part of Summerfield Farms since 1990, it’s now in only its fourth year as a public zoo, open one weekend a month to visitors. “We’re working to expand our permit with the county, so that we can be open more often, and get more people in here, to be entertained by the animals and to learn about them,” says Rick.
Admission is $5 per person.