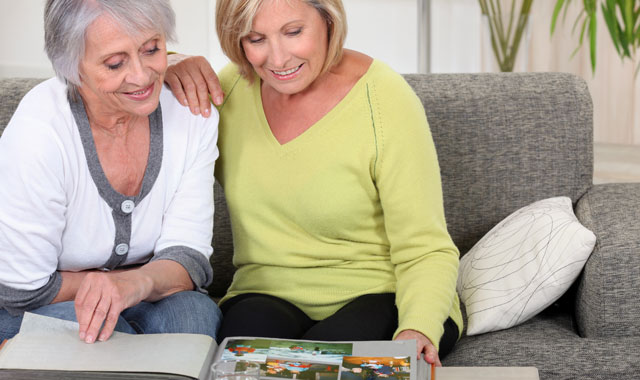 A Celebration of Life

One of the oldest churches in Rockford, Centennial United Methodist has served since the city’s early settlements. Find out why this two centuries after its founding, this downtown church is still serving its community.
Art Huenkemeier is a fifth-generation member of Centennial United Methodist Church, 219 S. 2nd St., Rockford. Five generations is a long time – but this church’s history reaches back to Rockford’s early settlements.
Centennial celebrates its 175th anniversary in September 2011, making it one of the longest-surviving churches in Rockford, and the oldest Methodist congregation. Its members have been gathering at the same Haight Village address for 162 years, and it’s the mother church for several congregations.

“To me, it feels like there’s an inheritance here, because I’m a fifth-generation member,” says Huenkemeier. “I like the people here and I grew up in this church – I was in Boy Scouts here, and everything else. One of the biggest things I’ve learned is that we’re here in this world for service. I feel this is a good place to serve, and there’s much to be done down here.”
The church was founded by five families as the First Methodist Episcopal Church of Rockford in 1836, under the supervision of a Methodist circuit preacher. Homage is paid to three of them, the Gregory, Enoch and Beers families, in the stained-glass windows adorning the entrance to the sanctuary, and the glass continues to tell its story once inside. There, a row of stained-glass windows honors donors who helped to build the 1883 sanctuary that replaced the original 1848 building. A stairwell features windows dedicated to important church members, including Willard Wheeler, the city’s first mayor.
There was a split in the congregation, and around 1876, the church welcomed back members from the Third Street Methodist Church and sought a new identity. It became the Centennial Methodist Church, a name proposed by a nine-year-old girl in honor of the nation’s centennial celebration. The sanctuary was renovated in 1909 and an education wing opened in 1956 to house Sunday School classes and community outreach programs.
Today, because of its inner-city location, the members of Centennial actively reach out to their downtown neighbors. The Saturday Kids Club welcomes youngsters from the neighborhood and nearby public housing. Each week, about 50 local children eat breakfast and lunch at the church, while participating in craft projects and character-building activities. Neighborhood groups meet at the church and members distribute items such as paper products through a donation program.
Nearly 60 pastors have served Centennial, some for a generation, others for a few years. A stone in the bell tower commemorates one short-serving pastor, who died suddenly. The Rev. Enrique Gonzalez, called to the church this summer, says he’s already impressed with members’ dedication to the church and the community. The bilingual pastor is pumping new life into youth programs and drawing local Hispanic residents to a Spanish-language service that’s been conducted at the church since the 1960s.
“You see the footprints of really talented people here and believers in Jesus Christ,” says Gonzalez. “You can see four or five and even seven generations of members, and people like Art [Huenkemeier], who are still very active in the life of this church. That says a lot about the people who are here. Part of Centennial’s success is the dedication of its members.”
The church has grown and changed over the years, but has never budged from its Haight Village neighborhood. The average age of its 200 members is about 65, although youth programs are drawing in younger members and their families. The longest-serving member, Lillian Faeth, active since her family first attended in 1924, celebrates her 90th birthday this year.
Sunday worship services are held at 10 a.m. in English and at 11:30 a.m. in Spanish. ❚